Empathy and the Environment: A Dialogue on the Social and Cultural Implications of Climate Change 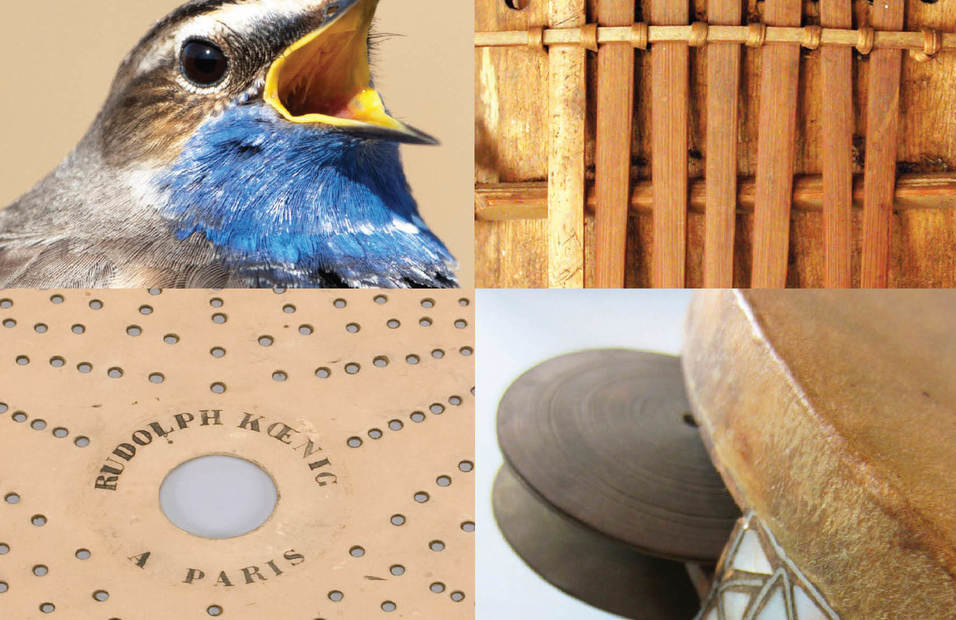 Despite having the word “climate" in its title, the panel hosted by The Green Ribbon Commission on Sept. 14 did not focus on intimidating graphs of data or dizzying green technologies; rather, the discussion sought to shed light on the dire need for a conversation on climate and the environment in artistic, social, and cultural circles.

Even though all of the speakers had various experiences and titles under their belts, they all shared a climate of conscientiousness and a deep belief in the need to connect across disciplines to holistically solve problems. The event was initiated by Amy Longsworth, the director of the Boston Green Ribbon Commission, who was interested in more artistic contributions to scientific quandaries.

"I'm very much a student of the idea of natural processes and how a person is stimulated to care enough to want to make a change about something,” Longsworth said. “The long game is to get people feeling strongly enough that they are going to be demanding change, demanding their political leaders to take stronger, faster action, demanding more changes in their personal life, just having a deeper understanding of what they can be doing.”

After making initial remarks and introductions, Longsworth passed it to the first presenter, Brenda Tindal. Tindal is the executive director of Harvard's Museums of Science & Culture, with a colorful background in scholastic history and education including work at the International African American Museum and in the Detroit Historical Society. She highlighted the "Climate Change" exhibition at the Harvard Museum of Natural History, as well as the upcoming Spring 2022 exhibition, "In Search of Thoreau's Flowers." The exhibition is posed to strike at the intersection of themes such as climate change, nature, and loss.

Tindal also brought the conversation full circle and connected this seemingly purely artistic exhibit back to civil rights and ultimately climate change. She discussed how the interdisciplinary nature of Thoreau's work influences our discussions on climate change today, citing how, despite Thoreau's main occupation as a naturalist, he still wrote "Civil Disobedience."

“In many ways, his ideas were endemic to some of the conversations around abolitionism in the 19th century; at the same time, he is also talking about nature and the impact of human activity on nature,” Tindal said. “[Thoreau's] iconicity, his example of navigating multiple discourses, serves as very interesting examples of both the past and the present, and how they deeply inform one another.”

Karen Mauney-Brodek, the President of the Emerald Necklace Conservancy, spoke about her organization’s Canopy classroom initiative. The mission of the program is to speak with elementary school students from the Boston public school system to educate them on the environment in an engaging and interactive way. Mauney-Brodek highlighted the growth and passion demonstrated by everyone involved with the project. She also reinforced the main theme of the panel, speaking of the necessity to connect on a human and emotional level even when speaking of technical solutions.

“Fighting climate change is a highly human exercise, but often it starts to seem quite abstract,” Mauney-Brodek said. “The work that we started doing, with the ‘Olmsted Now Effort,’ really tries to center on ‘how do we connect more people and how do we support communities that are coming together to make really important changes in their neighborhoods.‘”

The final panelist was Garrett Nelson, the President and Head Curator of the Norman B. Leventhal Map Center. Nelson's background was quite interdisciplinary — as was the norm for this panel. As a historical geographer, he spends his time elucidating the relationships between community structures, geographic units, and political ideologies. Similarly to the previous speakers, Nelson also gave a preview of the Leventhal Center's upcoming exhibition on "Environmental Justice in the Human Landscape."

The final section of the panel consisted of questions from the audience. Though held over Zoom, the back and forth between panelists and the public felt natural and upbeat. Overall, the event highlighted the need for interaction between creative and scientific sectors when it comes to solving problems. The discussion displayed the role that cultural and creative institutions (especially parks and museums) continue to play in our lives.

"In my view, museums are not merely cabinets of curiosity,” Tindal said. “Museums are places where visitors can be activated and encouraged to apply what they learn to make the world better than how they found it."