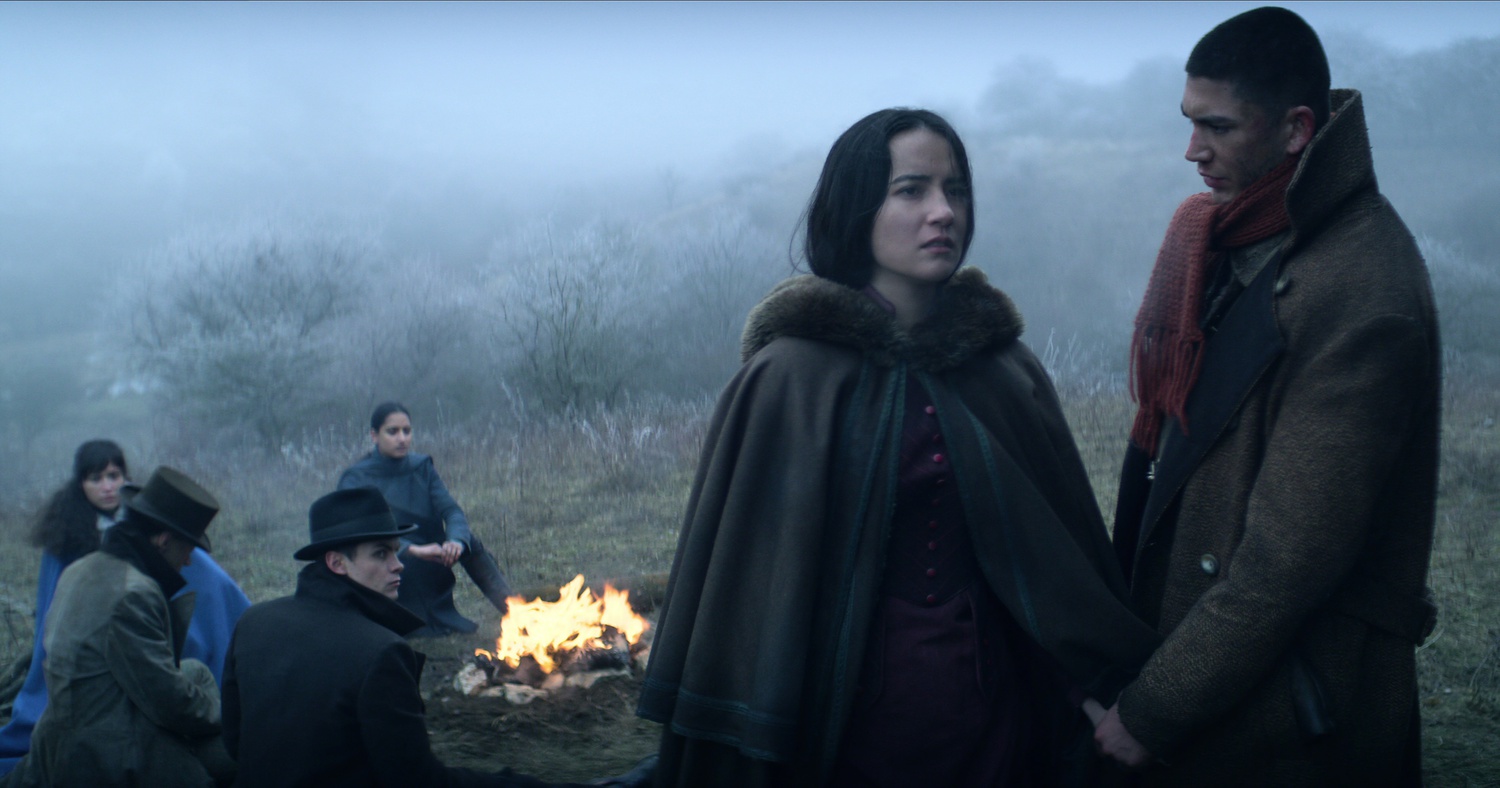 Netflix’s new series “Shadow and Bone” is a masterclass in adapting a young adult fantasy book series. With smart characters and a fast-pace, creative plot, it manages to be faithful to its source material while also telling a great story in its own right.

“Shadow and Bone” follows young cartographer Alina (Jessie Mei Li) as she discovers that she has unique abilities that could save her country from a dangerous threat and prevent a civil war. As her story unfolds, “Shadow and Bone” also follows a crew of lovable rogues — the “Crows”— who are desperate for a massive reward they can only get by kidnapping Alina.

While “Shadow and Bone” is a faithful adaptation, the show’s creators also made plenty of changes. It weaves together storylines from multiple book series by Leigh Bardugo, who also acts as an executive producer for the show — Alina Starkov’s side of the plot is based on the “Shadow and Bone” trilogy, while Crow Kaz Brekker’s (Freddy Carter) side acts as a prequel to the “Six of Crows” duology. While this is an unusual way to adapt two separate, self-contained series set in the same universe, it works. The half of the show centred on Alina has a plot that mainly adheres to its source material, while the half focusing on the Crows features new content, but thankfully in this case it is not to the detriment of the series. This change means the protagonist and deuteragonists are at odds without either group being cast as true villains, creating a great moral quandary for audiences deciding who to root for. It’s a difficult line to walk that may feel disjointed or forced at moments, but overall the show successfully interweaves both narratives.

As a protagonist, Aline often comes across as whiny in the books, but “Shadow and Bone” makes her more headstrong and stubborn, and the flashbacks to her childhood paired with narration of her letters to Mal (Archie Renaux) make her headspace and motivations clear and sympathetic. Moreover, her love triangle with Mal and General Kirigan (Ben Barnes) is well executed and engaging: Alina is torn between the childhood friend she has loved for all her life and the dangerous general who could unlock her potential, and the actors play off each other to make it tense and enjoyable to watch. Despite containing all the standard elements of the “teen girl discovers her powers, enters new world, and is stuck between two boys,” cliche, it uses the tropes as a launching pad to consider abusive relationships, fear, self-worth and self-actualization.

Despite the Crows’ half of the story not being directly drawn from the books that inspired their characters, the adaptation captures everything “Six of Crows” is about, painting a picture of wily teenage crooks who intend to outwit and outlast everyone who has wronged or underestimated them. While disconnected at times, the change allows many characters to shine. For example, it allows Matthias (Calahan Skogman) and Nina’s (Danielle Galligan) backstories to be told in real-time instead of flashback, and their chemistry is electric. Moreover, the other three crows have a fabulous dynamic: Jesper’s (Kit Young) comedic relief, Kaz’s ruthlessness[,] and Inej’s (Amita Suman) faith and resilience define a crew who are at odds despite their camaraderie and are forced to grow because of it. They also have some of the best action sequences in the show, with heists and scams that unfold in twisty and surprising ways.

However, since the show doesn’t waste time explaining its complicated geography or magical systems in depth, some choices come off as clumsy. For example, nearly every character, from minor to major, makes some kind of racist comment towards Alina because she is half-Shu (coding for East Asian) — this intense focus is strange since Jesper, who is Zemeni (coded as Black), and Inej, who is Suli (coded as South Asian), both face almost no prejudice or discrimination. It’s particularly odd since Alina’s race is ambiguous in the books, but in “Six of Crows” Inej describes the racism she faced growing up in her native country. While this subplot could do with a bit more nuance, it does raise some important questions about whether Alina should live her life in service of people who openly discriminate against her because of her heritage.

In other aspects, “Shadow and Bone” does employ subtlety with more success. Small, important moments like Matthias looking mournfully at a taxidermied wolf, Kaz always wearing his gloves, and Mal’s ability to find the stag lend the fantasy world a richness while also foreshadowing backstories and plot developments that could be utilized in Season Two.

Additionally, there’s an amazing attention to detail displayed in the show’s production. The CGI is incredibly slick and stylized for a Netflix show, paired with consistently fun cinematography — for example, shots of Kaz always begin by focusing on his cane, before widening to include him. The Grishas’ keftas and the Crows’ distinctive outfits are beautifully made by costume designer Wendy Partridge, and the sets are all easily differentiable, from bustling Ketterdam to opulent Ravka to frigid Fjerda. Additionally, the show isn’t afraid of making the characters look dirty and roughed up — after the soldiers have been in tough conditions in harsh weather, “Shadow and Bone” avoids the common tendency to show main characters looking immaculate surrounded by dishevelled, grimy extras.

“Shadow and Bone” is the kind of work every adaptation aspires to be: It’s fun, creative and smart, both honoring the source material and creating a narrative that’s all its own. Hopefully, these eight episodes are only the beginning of a complex and immersive fantasy series based on Bardugo’s books.

— Staff writer Millie Mae Healy can be reached at milliemaehealy@college.harvard.edu.