From Sundance: “892” Is Brilliant and Unflinching 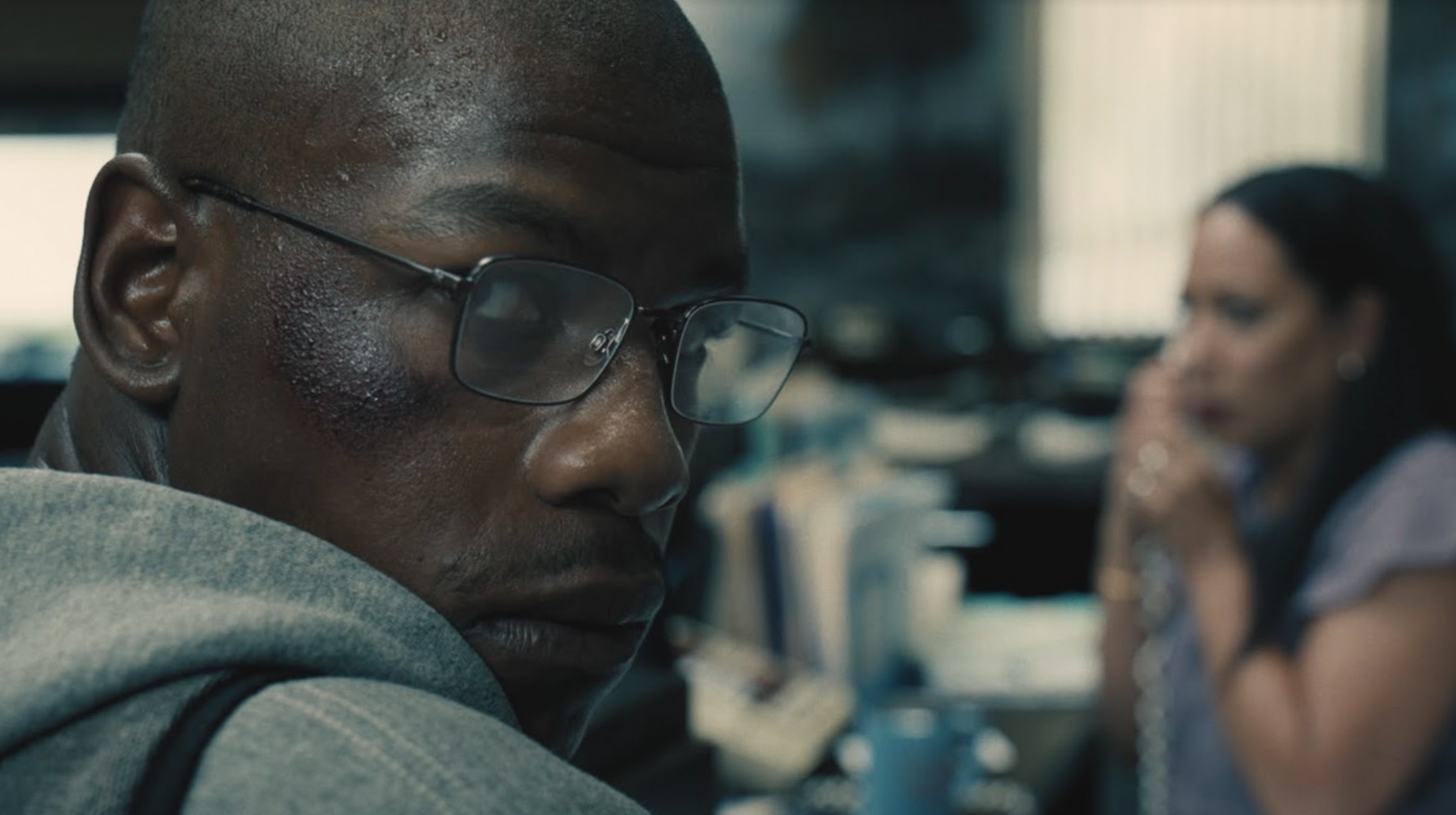 Much of the plot of “892” unfolds in a series of phone calls. Honorably discharged former U.S. Marine Brian Brown-Easley (John Boyega, in a tour de force performance) has walked into an Atlanta-area Wells Fargo, claiming he has a bomb in his backpack. In one of the film’s most taut phone exchanges, Brian is demanding that he speak to a hostage negotiator. On the other end of the line, they tell him to hold on. “I’ve been holding on,” he says, frustration bubbling out of his polite demeanor. “I’ve held on.”

“892” portrays Brian Brown-Easley as a man who held on until he felt he had no other option. The film is a tense, devastating retelling of the real-life Brown-Easley’s fatal final day in 2017, when he barricaded himself and two hostages in the bank — not to rob it, but to draw attention to the $892.34 disability check that the Department of Veterans Affairs had unjustly withheld from him. In the steady hands of first-time feature director Abi Damaris Corbin and writers Corbin and Kwame Kwei-Armah, “892” shines a compassionate light on Brown-Easley, bringing the almost Shakespearean tragedy to life onscreen with quietly effective acting and tremendous camera work.

The movie begins with Brian the night before he has resolved to hold up the bank. His anguish is already apparent as he runs out of phone credit to keep talking to his young daughter Kiah (an adorable London Covington) and makes preparations in the run-down Travel Inn where he is living. Once in the bank, the mild-mannered Brian continually apologizes to his hostages, his escalating panic beating through his grey sweatshirt. Boyega keeps Brian’s pain at the forefront, even as law enforcement, the press, and the public slowly gather outside the bank and his anxiety hardens at points into quiet resolve.

While Boyega carries much of the film’s immense emotional weight in his clenched shoulders and close-up, expressive face alone, he is buoyed at every turn by outstanding supporting performances. Connie Britton makes a somewhat surprising cameo as an empathetic local news producer whom Brian calls and speaks with at length about his story. And as the two bank employees who remain trapped with Brian until the end, Selenis Leyva and Nicole Beharie hit pitch-perfect notes of fear tinged with compassion for Brian as they watch him unravel and begin to understand his demands.

The scenes inside the bank have a theatrical quality — a three-person play comes to mind as the camera tracks Brian, Rosa Diaz (Leyva), and Estel Valerie (Beharie)’s movements around the bank and each other, often capturing the women’s watchful gaze in the background while Brian is on the phone with his family or the hostage negotiator. From the moment bank manager Estel realizes what Brian is about to do and begins ushering the rest of the bank’s customers out the door, Beharie in particular is hard to look away from.

“892” also holds the poignant honor of featuring the late, great Michael K. Williams’ final screen performance as chief hostage negotiator Sargeant Eli Bernard, who bonds with Brown over their shared Marine background and connects with Brian’s ex-wife Cassandra (Olivia Washington) over FaceTime to update her on the situation. Williams brings gravitas and urgency to the scenes outside the bank and his subtly devastating performance prevents the film’s third act from losing steam.

“892” could be marketed as a thriller. But despite the film’s taut editing and unrelentingly intense tone, there is very little suspense. Brian makes it clear from the outset that he does not expect to live through the day, and he seems to have no intention of actually harming his hostages. As such, the genre beats of the heist/hostage negotiation play out with more emotional tension than anything else, unfolding like a prolonged, telegraphed denouement of Brown-Easley’s life and the unjust hand he was dealt.

While the filmmakers take care to mention that Brown-Easley did indeed struggle with mental illness — on the phone, Cassandra asks if he has taken his meds — it staunchly refuses to suggest that his actions were the result of his neurodivergence rather than a justified response to unjust circumstances.

Indeed, the film takes direct aim at the bureaucratic wrongdoings of the Veteran Affairs Department, which withheld the real Brown-Easley’s disability check for $892.34 on erroneous grounds. But the simmering indictment of “892” goes beyond one federal agency, painting a portrait of a society whose failure to do right by those who fought for it is a symptom of its structurally racist, unfeeling systems rather than an isolated problem.

At one point in the film, Brian remarks that a man who previously tried to rob the same Wells Fargo branch and was arrested, not killed, must have been white; Estel and Rosa say nothing in tacit agreement. Outside the bank, Williams conveys Sargeant Bernard’s indignance at the moments of disrespect toward him by white fellow officers despite his position of authority. And flashbacks show a VA employee (Miriam Silverman) tentatively offering Brian a callous pamphlet on “Homelessness and You” when he expresses that he will lose his housing without his disability check, and then Brian’s violent arrest in the waiting room when he refuses to leave.

Film adaptations of tragic true stories can run the risk of heavy-handedness, or oversentimentality. But ultimately, “892” is unsparing and sincere — and, like Brian’s story itself, worthy of a wide audience.