From Sundance: ‘When You Finish Saving the World’ is a Tender, Powerful Exploration of Family Dynamics 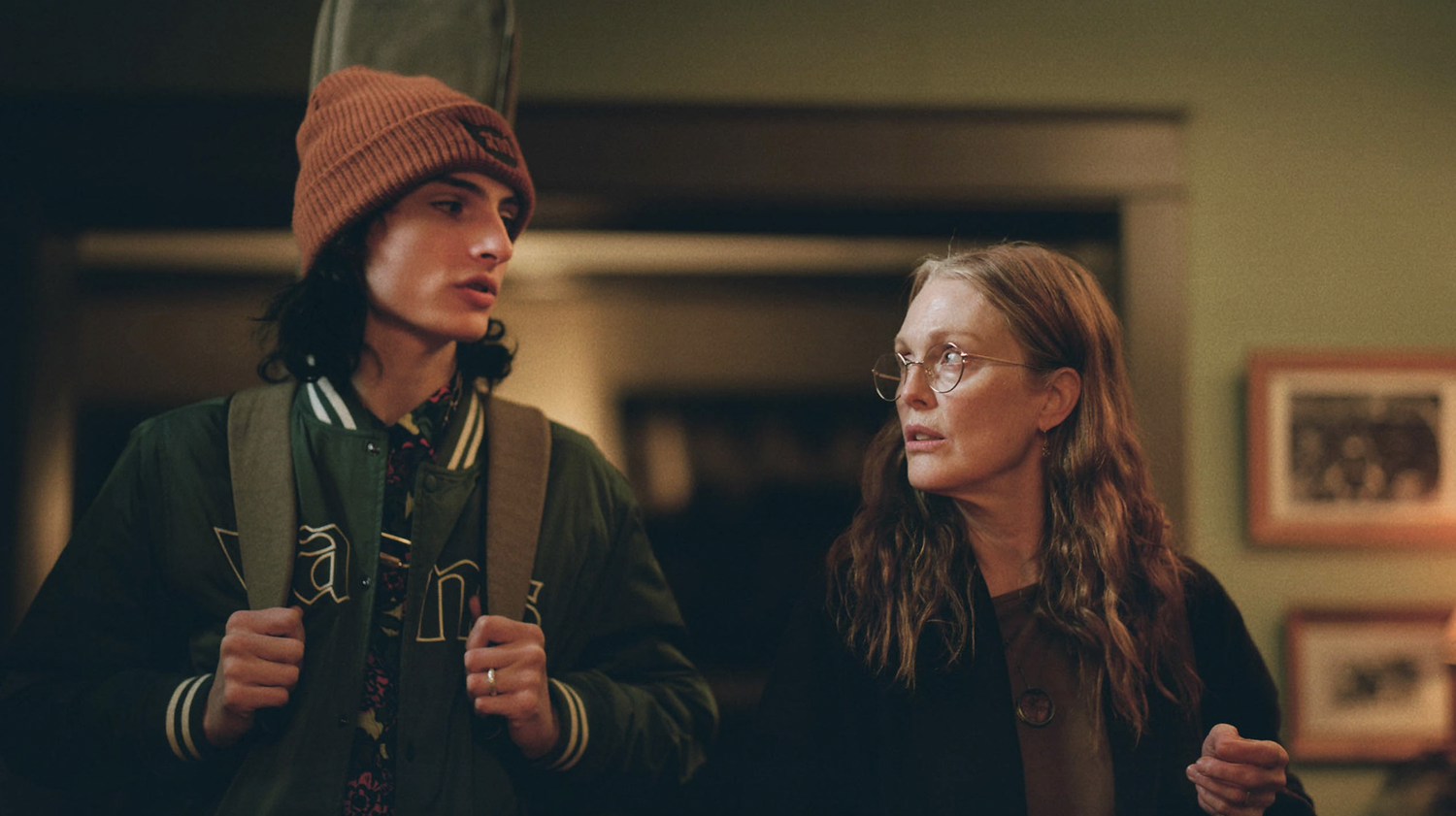 Adapted from his audio drama of the same name, “When You Finish Saving the World” marks actor Jesse Eisenberg’s directorial debut. The film, which premiered at the 2022 Sundance Film Festival on Jan. 20, features Julianne Moore and Finn Wolfhard as Evelyn and Ziggy, a mother and son duo who struggle to relate to each other. The screen adaptation is an arresting examination of the nuances of family dynamics — the intertwining feelings of frustration, affection, and isolation that can complicate our closest relationships. Eisenberg crafts a deftly written narrative that carefully weaves together the lighthearted and the profound, which Moore and Wolfhard vitalize with their palpable chemistry.

Shot on 16 mm film, “When You Finish Saving the World” maintains a striking sense of intimacy through its graininess as we follow its protagonists through suburban Indiana. Evelyn works at a shelter for survivors of domestic abuse, and teenage Ziggy has found moderate success performing folk-rock songs he writes on an online platform where he’s accumulated no less than 20,000 followers across the globe — a statistic he brings up often. Neither mother nor son is particularly interested in what the other is passionate about, and they both maintain a disinterested, cold exterior around each other. Both Moore and Wolfhard master the subtleties of this dynamic, Evelyn with her dry, reserved quips and Ziggy with his obnoxious, arrogant adolescent behavior. They embody two indubitably selfish characters, and yet Eisenberg allows us to care for them more and more as the story progresses and he gradually exposes their interiority — their insecurities, their yearnings, and, ultimately, their glaring similarities.

While Evelyn becomes fixated on helping Kyle (Billy Bryk), a 17-year-old boy living at her shelter who she sees as everything her son isn’t, Ziggy is intent on impressing a classmate named Lila (Alisha Boe) who’s passionate about social justice issues. In bringing to life the clueless yet somehow charmingly earnest Ziggy, Wolfhard sensitively and humorously portrays the awkwardness and emotional volatility of adolescence. His facial expressions alone are effective in conveying his contempt or cluelessness. In one scene, Ziggy yells at his mother through the bathroom door as she showers, demanding, “Mom, did you try to open the door while I was live streaming?” Contrasting these belligerent moments are interactions steeped in sincerity, like when Ziggy composes music to accompany a poem Lila wrote and nervously performs the song for her. He’s almost innocent in his naïveté, and his admiration for her is endearing: “The way people talk about shit they just want to buy, you talk about the world,” he tells her in awe. Lila, who Alisha Boe portrays as self-possessed yet grounded, can easily see through his feigned interest in what he vaguely refers to as “political” topics.

Moore, on the other hand, is all careful restraint, with her measured tone and neutral facial expressions. Her relationship with Kyle, who she desperately wants to help get into college despite his apathy toward it, is one of the most compelling yet ambiguous parts of the film. Why she becomes almost obsessed with helping him is never entirely explained, but their relationship offers thought-provoking commentary on familial ties. What if your son — or your mother — isn’t who you’d like them to be, and you’d prefer to replace them with someone else? Evelyn’s determination to mold Kyle’s future into what she believes is best for him is indicative of both her fraught relationship with her own son and the privilege that fosters her self-absorption.

In a sparse 84 minute runtime, Eisenberg isn’t afraid to confront a wide range of pertinent issues — from the complexities of escaping domestic abuse to the commodification of art to the condescension of white liberals. He maintains both breadth and depth throughout and handles these topics with the nuance they deserve; the screenplay blends together just enough thoughtful dialogue and just enough satire to provide effective social commentary. In his debut, Eisenberg demonstrates a clear directorial vision with careful shot framings providing us with a sense of closeness to this dysfunctional yet relatable family.

Ultimately, “When You Finish Saving the World” is a biting criticism of hypocrisy and narcissism; both Evelyn and Ziggy have noble visions of helping others through their respective pursuits, yet at home they treat each other with cruelty and disdain. Still, Eisenberg doesn’t let us believe they are incapable of changing, and this is what makes the film so rewarding. When Evelyn and Ziggy “finish saving the world,” perhaps they’ll realize they never lived on the same planet in the first place — but their orbits might grow a little closer nonetheless.