From Sundance: A Poignant, Sex-Positive Actor’s Showcase in “Good Luck to You, Leo Grande” 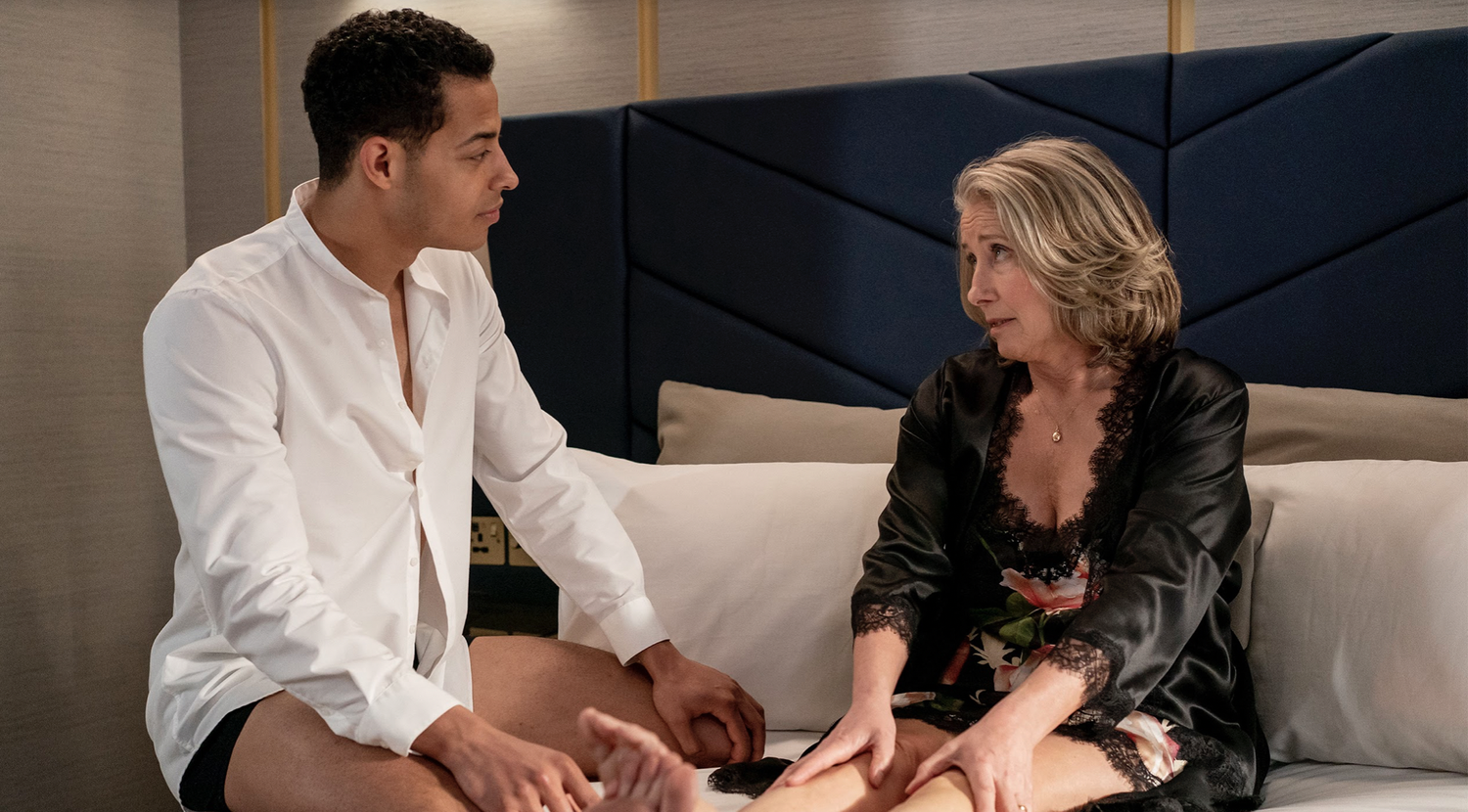 Nancy Stokes has never had an orgasm. She has also only ever had sex — boring, roll-on-roll-off, missionary sex — with one man, her recently deceased husband. She hasn’t had much adventure elsewhere in her life, either. So Nancy, a religious education teacher with a moralizing streak, makes the somewhat surprising decision to hire a sex worker named Leo Grande.

A delicate, heartfelt film emerges from this simple premise, which contains more nuance than the synopsis might suggest. Taking place almost entirely in a London hotel room, director Sophie Hyde’s “Good Luck to You, Leo Grande” brings together two wonderful actors — the majestic Emma Thompson as Nancy and the insanely charismatic Daryl McCormack as Leo — and puts them in poignant conversation about sex, intimacy and desire over three “sessions” and a trim hour and a half that rarely drags. (Indeed, one wonders whether a stage adaptation might bring a welcome doubling-down on both the claustrophobic and freeing potential of the setting.) While the characterization struggles to move beyond tropes at times, “Good Luck to You, Leo Grande” is steadfastly clear-eyed in its message and empathetic in its exploration of sexual self-empowerment at all ages.

The first few moments of the movie set a poignant yet comedic tone. We watch Nancy arrive at the hotel room and putter around, unsure of how to prepare for the encounter, while the confident, thoughtful Leo checks his appearance in the reflection of a shop window as he walks to the hotel. When Leo knocks on the door, he’s suave even through the peephole; Nancy is a bundle of nerves embodied. Hyde deftly establishes the starting points for these two characters before they even impress upon one another.

And impress upon one another they do, quickly, in a wonderful erotics of conversation. This is a movie about sex, but dialogue between Nancy and Leo forms the bulk of the runtime. Luckily, Katy Brand’s script crackles, as does the two leads’ bantering chemistry. Their crisp, expansive exchanges are stuffed full of one-off laugh lines — “It’s an orgasm, not a Fabergé egg,” uttered by Leo in a moment of exasperation with Nancy’s pessimism about achieving one, is a favorite — but the cleverness never comes off as caustic or deflective. Rather, the bond that the two form over the course of each session feels natural, deeply felt. When Nancy generates a laundry list of sex acts she has never tried and wants to hit them on a timetable, Leo’s takes a gentle, kindhearted poke at her approach, and Nancy accepts his critique with a genuine laugh that visibly loosens the tension in her body. The pair’s connection feels authentic, although the movie can never quite decide whether it violates the boundaries that should exist between them as service provider and client.

Thompson remains pitch-perfect, bringing an astonishing physicality to Nancy’s anxieties and calibrating their slow dissolution as she gets increasingly comfortable with Leo. And while McCormack is certainly not the household name in this duo, he should join Thompson there soon. Leo tells Nancy that reading people is what makes him good at his job, and McCormack’s subtly expressive face sparkles with that ability. His supernatural magnetism — both emotional and sexual — pops off the screen, rendering his guiding role in Nancy’s arc plausible. And when the relationship between Nancy and Leo, which is of course that of an employer and employee, inevitably turns sour in the third act, McCormack activates the kernels of resentment that had been building up between them with a concentrated, captivating rage. The unease that had heretofore only played out in Leo’s eyes when Nancy pried about his personal life finally reaches its breaking point, and the stakes rise beyond the circumstances of the hotel room.

Those kernels of resentment, it should be said, are too carefully placed to feel satisfying in their denouement. Conversations about Nancy’s adult children and Leo’s relationship with his mother land like thudding Chekhovian guns, however gently they are laid on the mantle. And the development of the previously prim and proper Nancy’s views on sex work, and sexuality in general, ultimately suffers from underexposition. Her pro-sex verdict requires some acceptance on the audience’s part that Nancy reflected internally on the conversations she had with Leo, both about the politics and dangers of sex work and on the liberation of female pleasure. But since the film is so dialogic, hewing closely to the observable dynamics between its two main characters, her final stance feels somewhat unearned — and the ending overall a bit pat.

Still, “Good Luck to You, Leo Grande” wears its heart on its sleeve. A too-clean resolution doesn’t detract from the triumphant duet of Thompson and McCormack, who make the film worth a watch for their performances alone.
— Staff Writer Amelia Roth-Dishy can be reached at amelia.roth-dishy@thecrimson.com and on Twitter at @scallionshmear.