Snowstorm Buries Campus in Over a Foot of Icy Fun 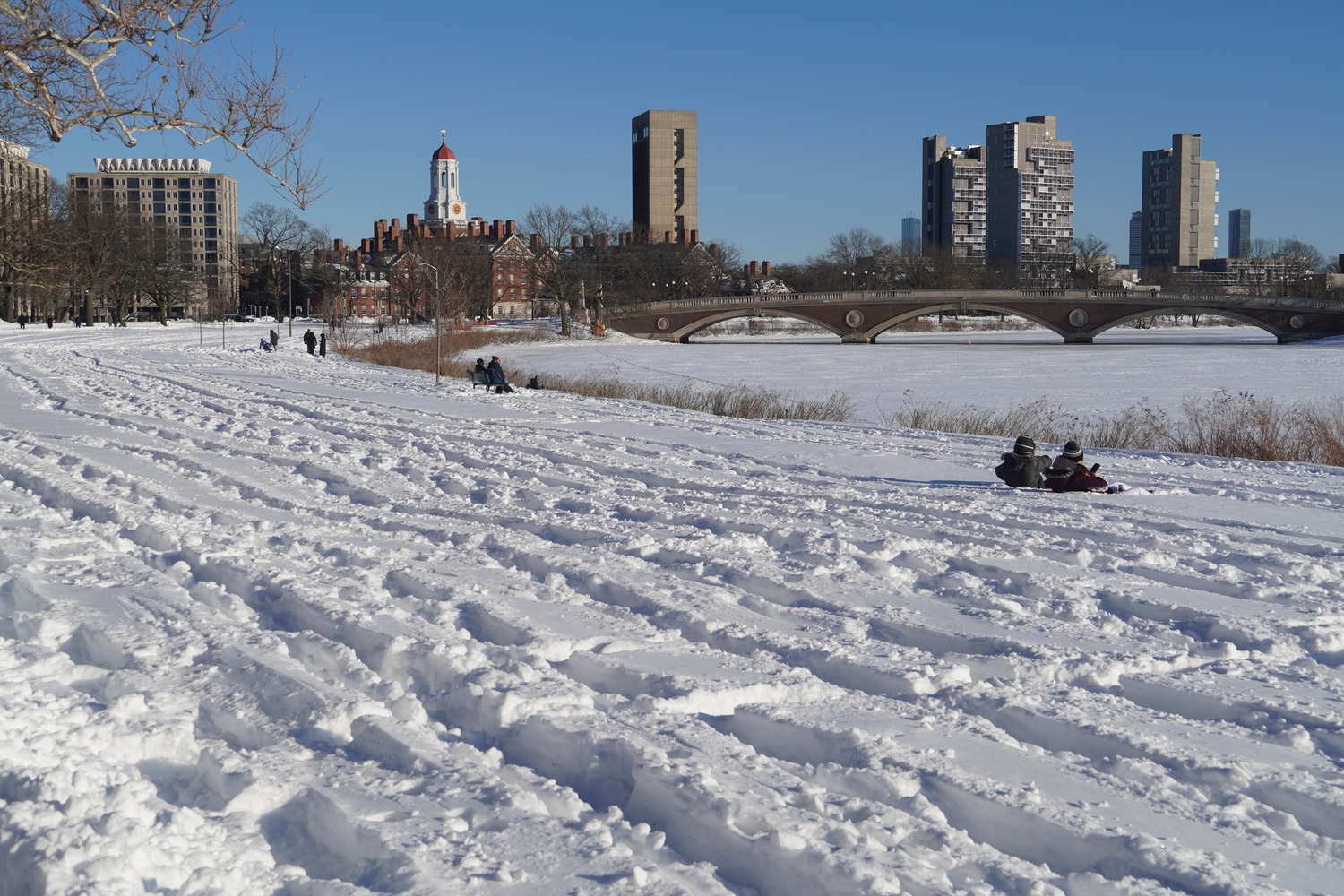 People enjoy the snow on a bank of the Charles River. By Pei Chao Zhuo
By Claire Yuan, Crimson Staff Writer

With libraries and gyms closed due to the snow, students took advantage of their extra time to embrace the outdoors by sledding, swimming, and even streaking through the snow.

Some students accustomed to warmer climates said they had never seen a snowstorm like Saturday’s.

Shwe Y. Win ’25, who has spent most of her life in Hawaii, said the storm was her first encounter with severe winter weather.

“I had never really experienced winter before, let alone snow,” she said. “Yesterday during the blizzard, I looked out the window, and it was very serene.” 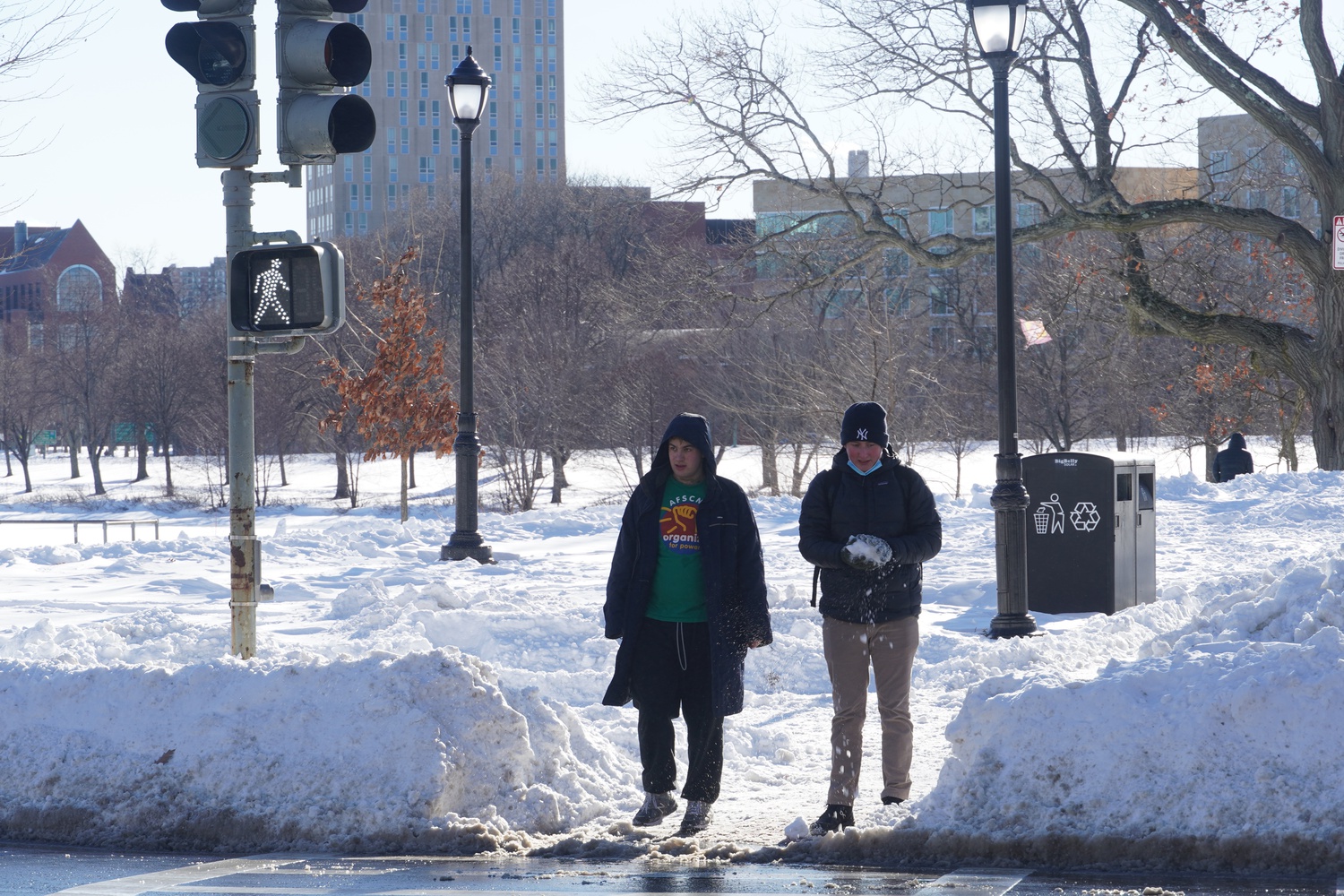 Having grown up in Mexico, Jorge García Ponce ’25 said that he had witnessed his first snowfall on campus in November, but Saturday’s storm was his first blizzard.

García Ponce added that he spent almost the entire day outside in the snow, even sledding down the Widener steps using a trash can lid.

“Then we realized it wasn’t the best idea,” García Ponce said.

He said that some students then began using plastic signs or even mattresses instead.

One such student, Fasai “Prin” Pulkes ’25, said students were using any items available.

“We would just grab signs, or there were Annenberg trays as well,” she said. “There was snow at the bottom, so — crash landing!”

For members of Harvard Club Swimming, the storm presented a different kind of fun. Qijia Zhou ’24, a club member, joined a few of her teammates to take a dip in the snow in nothing but their swimsuits.

Pulkes added that she even saw some other students running through a snowy Harvard Yard “in their underwear.”

“I don’t know how they survived,” she said. “It was really cold.”

For those students who dared venture out to Harvard Square, a slew of store closings awaited.

Kelsey Chen ’25, a Texas native, went to the grocery store with her roommate “in the freezing cold” only to find it closed due to the storm.

“ We went out at nine in the morning in the freezing cold when nobody was out,” she said. “The store — it said it was open on Google Maps — was closed when we got there, so that was an experience which I had never been through before.”

In addition to store closures, Cambridge officials also responded by announcing a Snow Emergency Parking Ban, which prohibited drivers from parking on streets marked with “No Parking During Snow Emergency” signs between 11 p.m. Friday and 6 p.m. Sunday.

The Cambridge city government website documented more than 180 pieces of equipment working to clear the roads during the day on Saturday, and city workers continued clearing paths throughout the night.