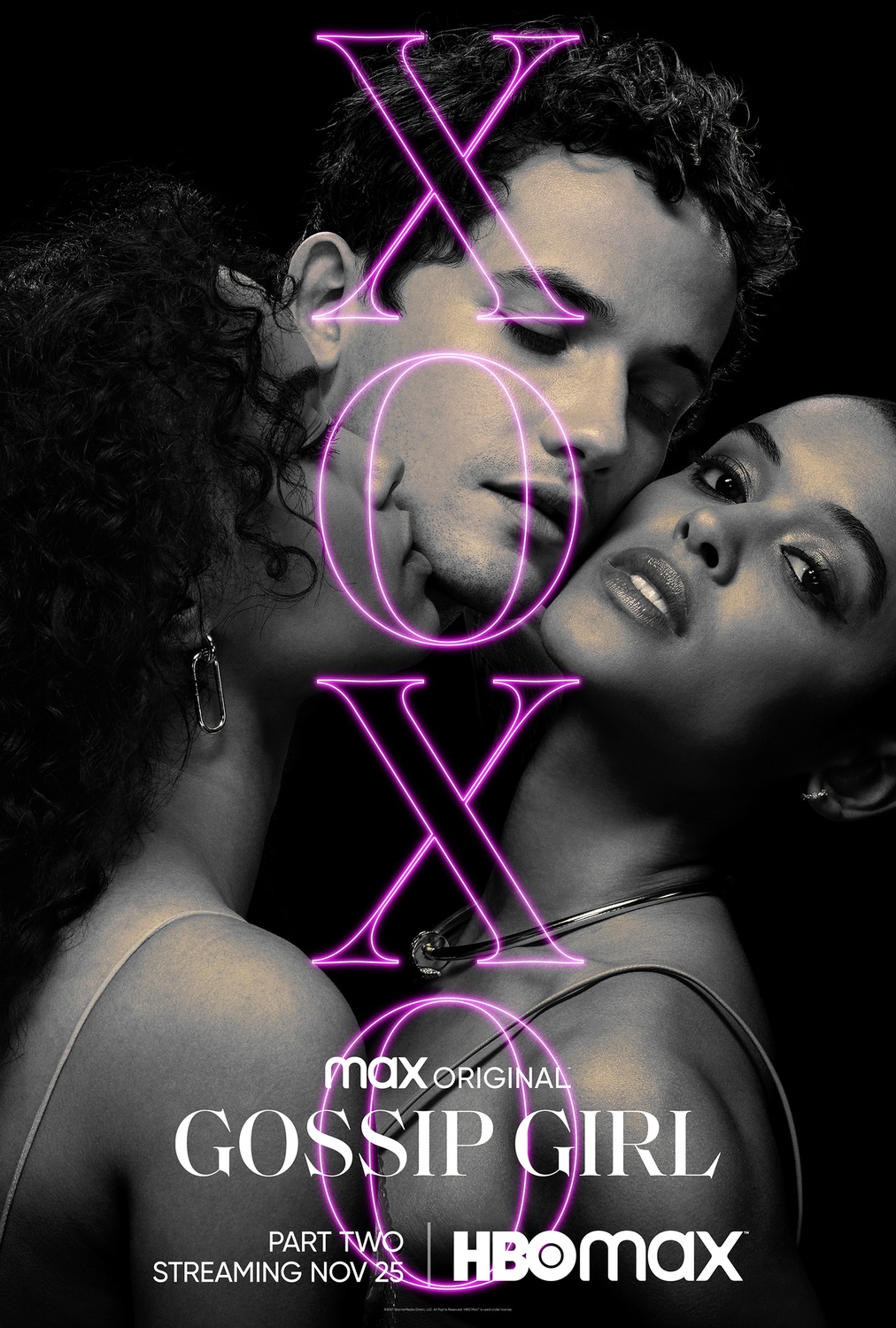 "Gossip Girl" -- a reboot of the original series -- premiered in 2021 on HBO Max. By Courtesy of HBO Max
By Dylan R. Ragas, Contributing Writer

Known for its extravagant Y2K fashion, early-age flip phones, and often ridiculous plot lines, “Gossip Girl” is widely regarded as a defining series of a generation. 15 years after the show’s pilot aired on the CW, “Gossip Girl” still remains a cultural emblem of the 2000s, alongside shows like “Pretty Little Liars” and “The Vampire Diaries.” Its content has resurfaced in memes like “Go piss, girl,” as well as inspired a reboot series under the same name, which aired on HBO Max in the summer of 2021.

It’s important to note that the show is outdated in many ways: One has to question the prevailing relevance of “Gossip Girl” in today's cultural landscape. The show depicts an incredibly niche social group (the filthy rich teens of the Upper East Side) and features an almost exclusively white main cast. As such, one might assume “Gossip Girl” would’ve lost its widespread appeal by now, but it’s held its own as a time capsule of sorts — acutely aware of its lack of touch with reality, the show’s glamorous, over-the-top fashion choices and aesthetics have prevailed, while its elitist lens and whitewashed cast have remained in the past.

Regardless of these major flaws, “Gossip Girl” exercised widespread influence over the fashion choices and social lens of a whole generation of teens and adults. Indeed, over three million viewers tuned in during the show’s first season to follow the ritzy and chaotic lives of sunny Serena van der Woodsen (Blake Lively), “queen bee” Blair Waldorf (Leighton Meester), “lonely boy” Dan Humphrey (Penn Badgeley) and (incredibly problematic) rebel Chuck Bass (Ed Westwick). The New York Magazine crowned “Gossip Girl” as “The Most Important Show of Our Time” in 2007, and the show’s relevance in media discourse serves to somewhat support the title.

The cultural influence of “Gossip Girl” on other teen television shows and fashion trends has indeed not gone away. Many of the tropes that appeared in “Gossip Girl” persist: One can draw a clear comparison between Blair and Serena’s frenemy relationship and that of Maddy and Cassie in the much more recent teen drama “Euphoria.” Furthermore, the show’s distinct fashion was incredibly influential at its time of release (consider Target’s Gossip Girl collaboration in 2009). And in recent years, the low rise jeans, loud patterns, and baby tees worn by the Upper East Side cast have made a return to the mainstream with the resurgence of Y2K fashion. Although the particular storylines and content of the original “Gossip Girl” have mostly lost their relevance over the past 15 years, the show’s cultural and stylistic impacts endure to this day.

The fact that the actual storylines of “Gossip Girl” have faded to the background over the years is by no means surprising. Although the show stayed consistent in its concept throughout the first two seasons — a dramatic build up to a party or event that would inevitably go awry, accompanied by tiffs, alliances, and much-dreaded anonymous gossip impeccably voiced by Kristen Bell — the show ultimately lost focus in its narrative. Consider the appearance of Serena and Dan’s half brother in season three, or Dan and Vanessa’s (played by Jessica Szohr) threesome with Hillary Duff. Or the death and revival and ultimate death of Bart Bass (Robert John Burke), or the woman who may or may not be Chuck’s mother, ultimately revealing that she was before disappearing permanently from the show. It’s clear that Chuck’s myriad of back-and-forth parental issues throughout the later seasons is a result of thinning plot-lines and over-run character arcs. The same conclusion could probably be made for the sheer quantity of love triangles that develop between the six main cast members (there is no alternative justification for Dan and Blair’s relationship in season five).

Unfortunately, HBO Max’s reboot of “Gossip Girl” ultimately fails to correct the wrongs of the original series. Although it retains the charm and intrigue of the lives of the Upper East Side youth and is substantially more diverse in its casting and representation, the reboot falls victim to many of the same elitist roadblocks of the original, but without its early 2000s charm and then-scandalous appeal. Introducing a single character of slightly lower financial status into the mix doesn’t work to fully ground a story otherwise populated by unimaginably wealthy Manhattan teens — especially when those outsider characters (Dan Humphrey in the original, Zoya Lott (played by Whitney Peak) in the reboot) still manage to live in spacious, gorgeous apartments in Brooklyn and the Upper West Side. All in all, the concept of “Gossip Girl,” although self aware in its removal from most peoples’ reality, can still be hard to empathize with at times. The show retains its relevance as a cultural icon of a time that has passed, but it does not need to be repeated or redone.

15 years after the show’s debut, “Gossip Girl” serves as a specific time capsule for a specific era: An escapist delve into the dark sides of emerging social media amongst a group of teens that didn’t yet know how to handle it. It is safe to bet that “Gossip Girl” will resurface in television tropes and Halloween costumes well into the future, but its overall content is best left behind us.