At Harvard IOP Forum, Gov. Larry Hogan Lays Out a Moderate’s Path to the Presidency 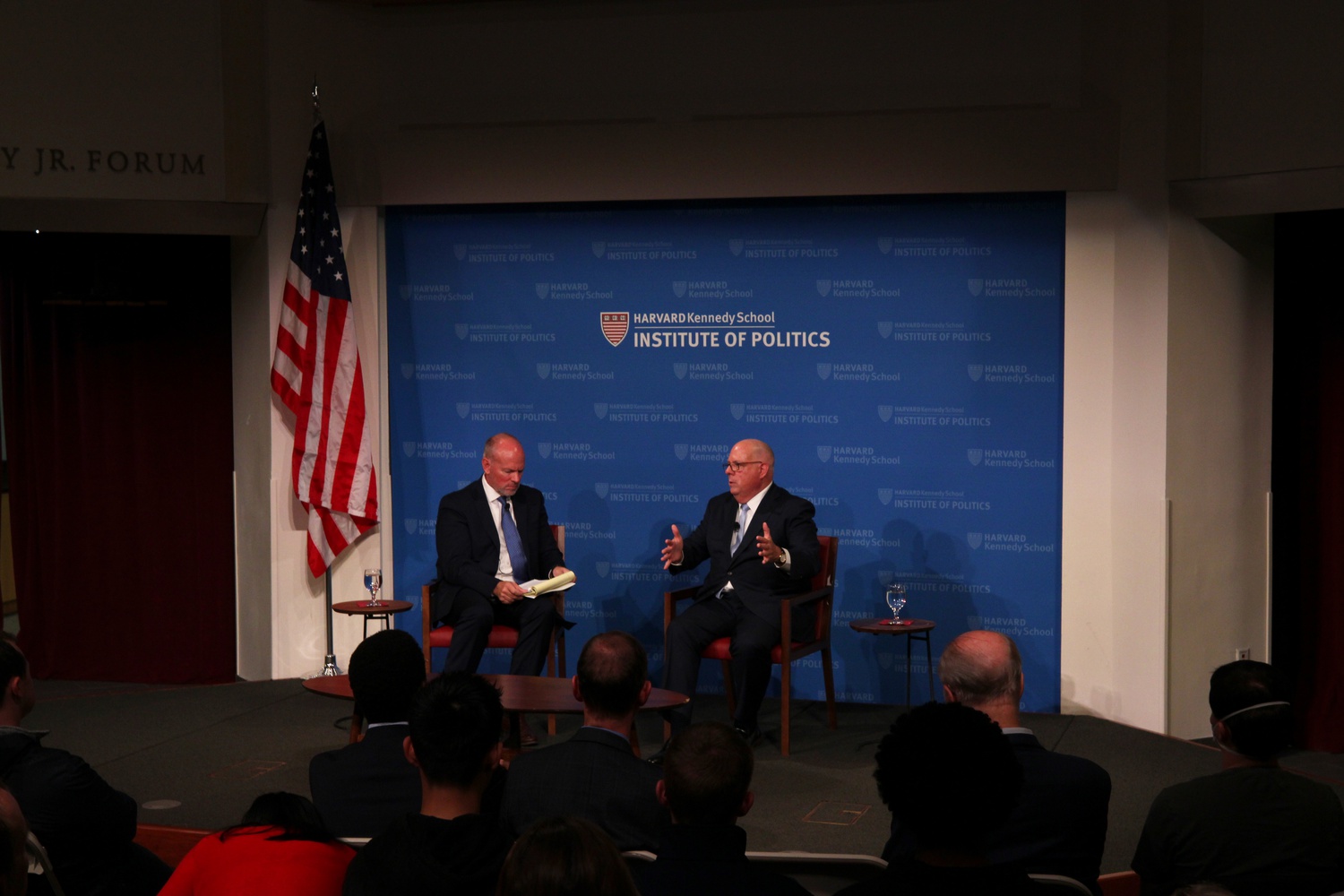 Maryland Governor Larry Hogan outlined a potential path to the White House for a moderate Republican candidate in 2024 at a Harvard Institute of Politics forum on Wednesday — but offered little insight into his own political ambitions.

Hogan’s appearance at the IOP comes as he is reportedly weighing a run for president. Earlier this week, the news outlet Maryland Matters reported that Hogan recently met with a group of supporters to discuss a potential White House bid and he has made appearances in New Hampshire, an early primary state.

Hogan, who will leave office in January after two terms, said the primary process “does not favor people that are willing to work together across the aisle,” but said a centrist candidate could still have a path in a crowded GOP field.

“If you have 10 or 12 people all running in the Trump lane, there is certainly a lane of close to 30 percent of people that want to go in a different direction in a Republican primary,” he said.

Hogan, who described himself as “a common sense conservative” and did not support former President Donald Trump in the 2020 election, was not asked whether he plans to run in 2024.

Hogan noted that many of the early primary states have open primaries, which allow voters to pick which primary they vote in, regardless of registration.

“If people were so motivated — they were frustrated enough with where we were as a country — and said, ‘we want to vote for something different,’ it could totally upset the apple cart,” he said.

The forum was moderated by IOP fellow Matthew H. Mead, who served as governor of Wyoming from 2011 to 2019.

Hogan also discussed political extremism and the Jan. 6 attack on the U.S. Capitol, which he called a “terrible assault on democracy.”

“Our democracy is at stake,” he said. “I’m going to stand up, whether my fellow Republicans like it or not. I’m going to tell it like it is.”

Hogan recounted the story of Jan. 6, 2021, when he sought to mobilize the Maryland National Guard, but was delayed because he lacked authorization from the Department of Defense.

“It’s crazy to me that we’re still at that point, where that many people are still denying the election and think it was okay to try to overturn the results of an election,” he said.

Hogan was asked by Eric Evans, a fellow at the Kennedy School who attended the event, about the prospects of third parties, like the recently founded Forward Party.

Hogan acknowledged the “70 percent of people frustrated with both parties,” but, he said, “we’d be better off trying to fix the broken parties.”

He also discussed his ascent to the governor’s mansion in Maryland and undergoing cancer treatment during his term.

“I really don’t care about the politics,” he said. “I think it’s why I’ve been successful in Maryland — because I haven’t cared about politics.”