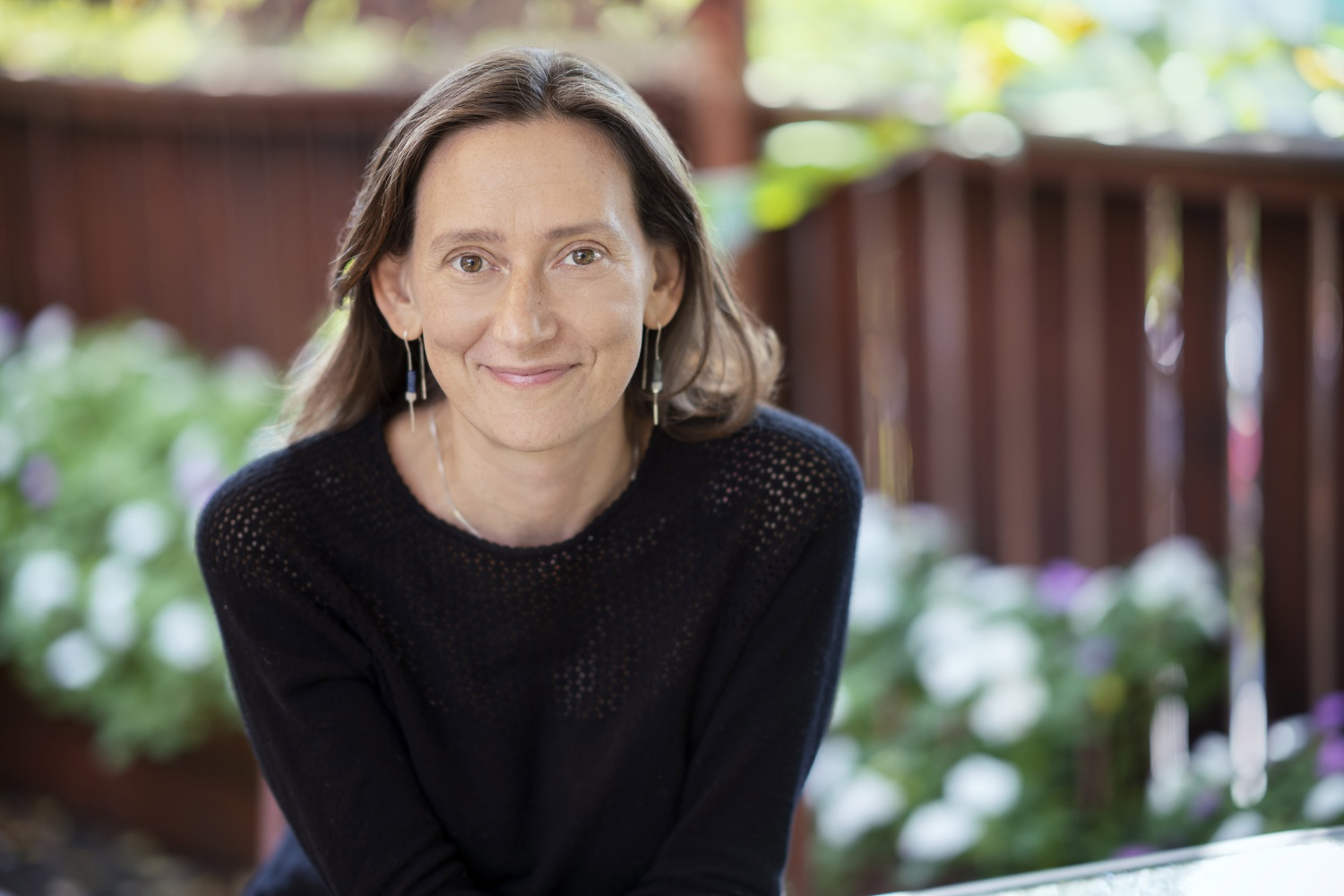 Nadia Colburn ’95 recently sat down with The Harvard Crimson to discuss her holistic approach to writing. By Courtesy of Nadia Colburn
By Dylan R. Ragas, Contributing Writer

It is easy to confine writing to a highly formalized art form, entered through academia, confined to a particular realm of education. Nadia Colburn ’95, a poet, teacher, and writing coach currently based in Cambridge, argues for a more holistic approach to writing, however, one more fully realized within the human experience, and accessible to all.

“I really think that we are creative beings,” Colburn said in a recent interview with The Harvard Crimson. “And that, like birds, we sing. I think that it's just a natural human capacity to use language to communicate and to make something beautiful.”

Colburn discovered her love for poetry early on in her education at the College. “I took a Whitman seminar with Helen Vendler when I was an undergraduate,” she said. “That course totally shifted me to thinking ‘Okay, I'm going to focus on poetry as an undergraduate on my thesis,’ and then I fell in love with the work of W.H. Auden and I wrote my undergraduate thesis and my dissertation on Auden.”

After graduate school, Colburn began to explore writing outside the confines of academia alone. “I felt like the container of the ways in which literary academia looked at literature felt a little bit limited,” she said. “I wanted to get outside the box a little bit more.” This choice prompted Colburn to begin to focus more on her own creative writing, as well as lay the foundation for her current holistic writing program, Align Your Story.

“I realized that there was a big community of people who are really looking for creative writing,” she said. “Teaching academia, you're usually teaching young people, and people of all different ages want to continue studying literature and studying writing. So I created the Align Your Story writing school to teach in a more holistic way. I often bring in meditation and yoga and work with writers who are interested in writing creative nonfiction and poetry.”

Align Your Story has allowed Colburn to cultivate her own writing alongside that of her students, in a supportive and passionate creative community. “It's so rewarding for me to help other people go through that process of using their writing as a way of both developing as a writer and developing as a person,” she said. “I think the more those two go hand in hand, the more we develop as a person, the more our writing actually gets stronger. And we have a vision that we want to share with other people.”

Alongside her collaboration with students through Align Your Story, Colburn has dedicated significant energy to her own projects. “The High Shelf,” Colburn’s first collection of poems, was published in December 2019 and contains work produced over a span of many years of writing.

Colburn emphasized that “The High Shelf” consists heavily of reflection on her past experiences and struggles as well as her newer role as a mother. “You have little kids, and then you're their home, and you provide the stability and answers, and then it's turtles all the way down. What's beneath that?” said Colburn, referring to the story “Yertle the Turtle” by Dr. Seuss. “And I asked myself, well, what's the foundation underneath the foundation? For that, partly, it was my own reckoning with my own childhood.”

Perspective was a major component in the ultimate publication of Colburn’s debut book. “The material I was working with was so personal, and I was so much in the middle of a question that hadn't been fully resolved,” she said. “So I put the manuscript aside and went on and wrote a memoir, and then in the process of writing that memoir, understood myself a lot better. Then I went back to that manuscript. I think that with more hindsight and more perspective, I was able to see it less from inside the question and more from outside the question.”

Taking a step back from the manuscript not only affected the creation and process of “The High Shelf,” but also the individual poems within the collection. Colburn described the imagery that came as a result of this reflection: “It was both working with that sense of openness and enclosure, and so I have a lot of poems about boxes, and also a lot of ways in which I was exploring silence and open space and the intersection between those different concepts.”

Although “The High Shelf” was Colburn’s first formal collection of poems, she has been writing for the majority of her life. Colburn describes her artistic process as stemming from a deep personal reflection. “I write very traditionally lyric poetry, where my poetry comes from a conversation with myself. A kind of dialogue with myself,” she said. “Also with the poems that I've read — they're in dialogue with my own reading. Then I write out of whatever it is that I'm experiencing, thinking about, and feeling at the moment.”

Poetry specifically presents an opportunity for Colburn to work through questions and themes she personally grapples with. “One of the themes that I come to again and again, is how to find a container large enough to hold both the suffering and the joy, the injustice and in the kindness of the world,” she said. “Poetry, for me, is a place of integration and finding a kind of spiritual home in language through questions.”

This type of “spiritual home” is highly important for Colburn and her work. “Poetry can help us access other ways of knowing the dream life and the unconscious and the mythic or the spiritual,” she said. “Then it can help integrate them with a narrative with more linear minds.”

Colburn is highly influenced by the Buddhist teacher Thich Nhat Hanh, who she takes as a “primary spiritual and philosophical teacher.” She highlighted the importance of his teachings of inter-being and the concept that we are all interconnected on a deep ecological plane. This intrinsic link between the body and the environment is a large influence for Colburn’s spiritual philosophies around writing.

“In school, so often we're trained to write sitting at a desk, and the academic institutions develop our intellect. I was pretty good at that. I value that very much,” Colburn said, “but at the same time, that's only one part of ourselves, and then often the head almost gets cut off from the rest of the body. My own personal process is integrating the mind and the body and the spirit. For myself, a lot of my own stories were carried in my body and not fully understood by my intellect, and writing helped me. Reconnecting my mind and body helped me listen to those stories that my body was holding.”

Colburn’s second poetry book will be released in the coming year, with the University of Kentucky New Poetry and Prose Series. She is excited for the future trajectory of her own work, as well as the further development of Align Your Story and the students she collaborates with. “I see [my career] as personal work, creative literary work, and also the work of being a citizen in the world,” she said. “I think that all goes hand in hand.”