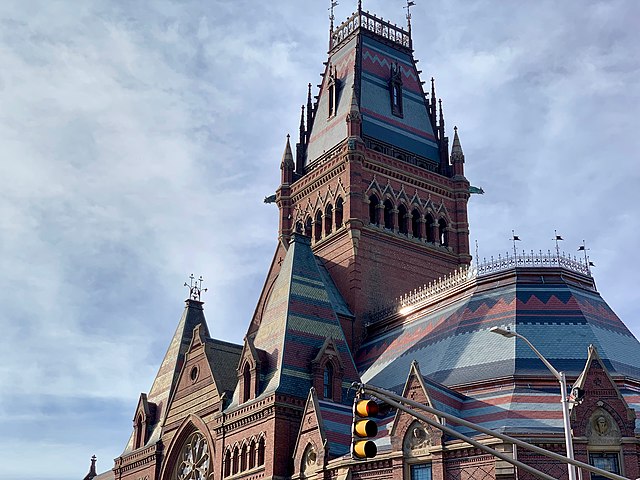 The time-honored tradition of college a cappella was celebrated on campus as The Harvard Opportunes, Harvard LowKeys, and Harvard Krokodiloes got together on Oct. 28 in Sanders Theater for “KrOpped! A Low-Res Jam.” Featuring an exciting selection of hits from each group, the night also saw new members take to the stage, joined by supportive alumni and a bustling audience.

First up were the Harvard Opportunes, which brought the event to a rousing start. Amidst a medley of new mixes, an old favorite stood out as each new member took a solo part in the classic song “Up the Ladder to the Roof (The Nylons)” by The Supremes. It was heartwarming to see Megan M. Chiappetta-Uberti ’26, Rhys Moon ’26, and Gabrielle R. Medina ’26 each take turns at the center stage, belting proudly as the rest of the Opportunes surrounded them and harmonized along.

“I was very impressed with all the different songs they sang,” said audience member Silas D. Camp ’26. “There was a wide variety of genres happening; it was a very beautiful musical moment and I loved it. It was beautiful for my ears.”

The Harvard LowKeys followed it up with a high-energy performance, filled with choreography and upbeat tunes. Covering the stage in a vibrant mix of bright red costumes, the LowKeys introduced their endearingly-named new member “RooKeys” as well: Ethan P. Hsiao ’26, Tiffani A. Mezitis ’26, Madison R. Webb ’25, Cybèle Fasquelle ’25, and Elizabeth A. de Figueiredo ’26.

“Singing was a really invigorating experience. I’ve been here for a whole year and I’ve been singing for choirs and things like that. I’ve been singing all my life but this has probably been one of the most exhilarating performances and I loved to see my friends come out and support,” Webb said.

Webb also elaborated on the amount of preparation that goes into putting on a successful performance.

“We’ve been rehearsing this for only like a month. We rehearsed six to eight hours a week to put on this show. Some of these songs like ‘Love on Top’ we learned only a week and a half ago,” she said.

Last but not least was the Harvard Krokodiloes, who took the stage with a flurry of hijinks like props, costumes, and a healthy dose of slapstick comedy. With little skits in between performances, each song felt like part of a larger comedic narrative that had the audience laughing along continuously. In a stunning moment of unity, a group of alumni took to the stage to perform their alumni song “Johnny O’ Connor.” It was a delightful sight as the alumni perfectly sang and even danced in sync with the current members, filling the theater with bright smiles.

“It was phenomenal,” said former Krokodiloes member Frank A. DeSimone ’09 “It was so great to see so much talent on stage with three different groups tonight. Just a lot of fun, different genres, very impressive all around.”

DeSimone emphasized the joy that accompanied the experience of going up on stage to sing again.

“It’s so much fun, for us, for the alums who are here in the audience it really brings a sense of nostalgia — brings us back to the time that we were undergraduates. It’s incredibly special to share this tradition with the current undergraduates and with the other members who’ve sung in years past.”

On the whole, the event was more than just your typical college a cappella performance. There was an overwhelming feeling of joy as each group honored their legacy in a moment of celebration. It was a historic moment for audience members.

This was the first time that Matthew Ciurleo ’23 attended an a cappella show at Harvard, but it was a night he wouldn’t soon forget.

“I’ve always wanted to come to a cappella shows. It’s senior year, I figured it’s something I have to cross off the bucket list so I’ve been enjoying it so far.”