‘Requiem: Fire in the Air of the Earth’ Review: Kyle Abraham's Story of Death, Love, and Freedom 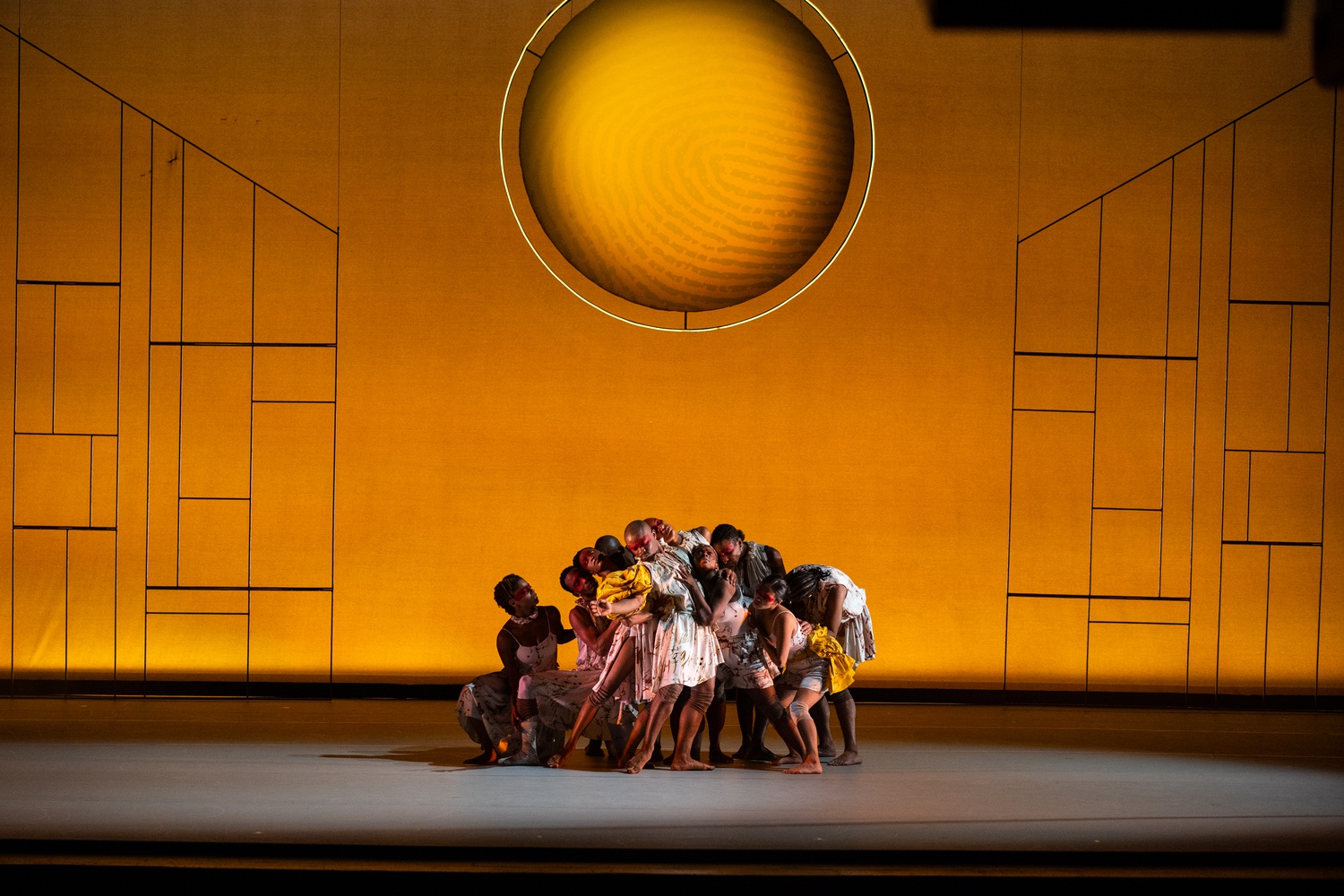 Behind the curtain at the Boch Center Shubert Theatre awaited a serene world where Blackness and beauty converge. Classical music filled the room, but as the curtain rose, Black cultural dances entered. The stage was filled with color and darkness simultaneously. The dancers were dressed in garments with floral patterns with red and yellow dress accessories. Each dancer donned a red eye mask designed by fashion innovator Charles Deacon.

Choreographer Kyle Abraham’s “Requiem: Fire in the Air of the Earth” is a dance performance that disrupts the traditional theater and dance scene. His dance and title is a play on W. A. Mozart’s “Requiem in D minor” which is used within the soundtrack of the performance, designed by music producer Jlin. Abraham's “Gumbo Style,” which merges Black cultural dances with classical ballet techniques, is ever-present within the performance.

During the performance, one’s eyes were inevitably drawn to the dancers and their movements as they crossed the stage with a fluidity and synchronicity that symbolized Black diasporic solidarity. The classical songs were presented calmly and peacefully, while the hip-hop songs were accompanied by more dynamic dance movements. The mix of ballet and Black cultural dances bridged a gap present within the current performance scene, creating a form of the Black community that spanned the entire dance performance.

The set design was also noteworthy. The stage was set with four small and thin columnar lamp-like lights. A formation of rectangles structured the left and right sides of the background screening, neatly framing the performers.

The centerpiece was a large circle that sat in the middle of the back screen. Outlined with a light fixture that illuminated the stage in colorful light, the circle seemed to represent the divine. Throughout the performance, the dancers engaged with it in reverence, at one point fighting around the circle, and at another looking to it for inspiration as it depicted a butterfly emerging out of a cocoon.

At the end of the performance, the dancers all turned around, sat down or kneeled, and looked up at the circle as it portrayed images of a young Black girl’s face, a baptism scene, and a mother holding a baby.

How does one express pain and suffering present in Black communities while also representing Black freedom and joy?

Abraham’s dance answers this question through telling a story of pain, redemption, and love. Love is treated as a communal infrastructure. There were multiple instances where the dancers would fall down and look like they were severely hurt or dead only to be brought back by the love of the community. Whenever one dancer would try to help them, nothing would happen, but the individual would gain life and energy when multiple dancers entered the scene.