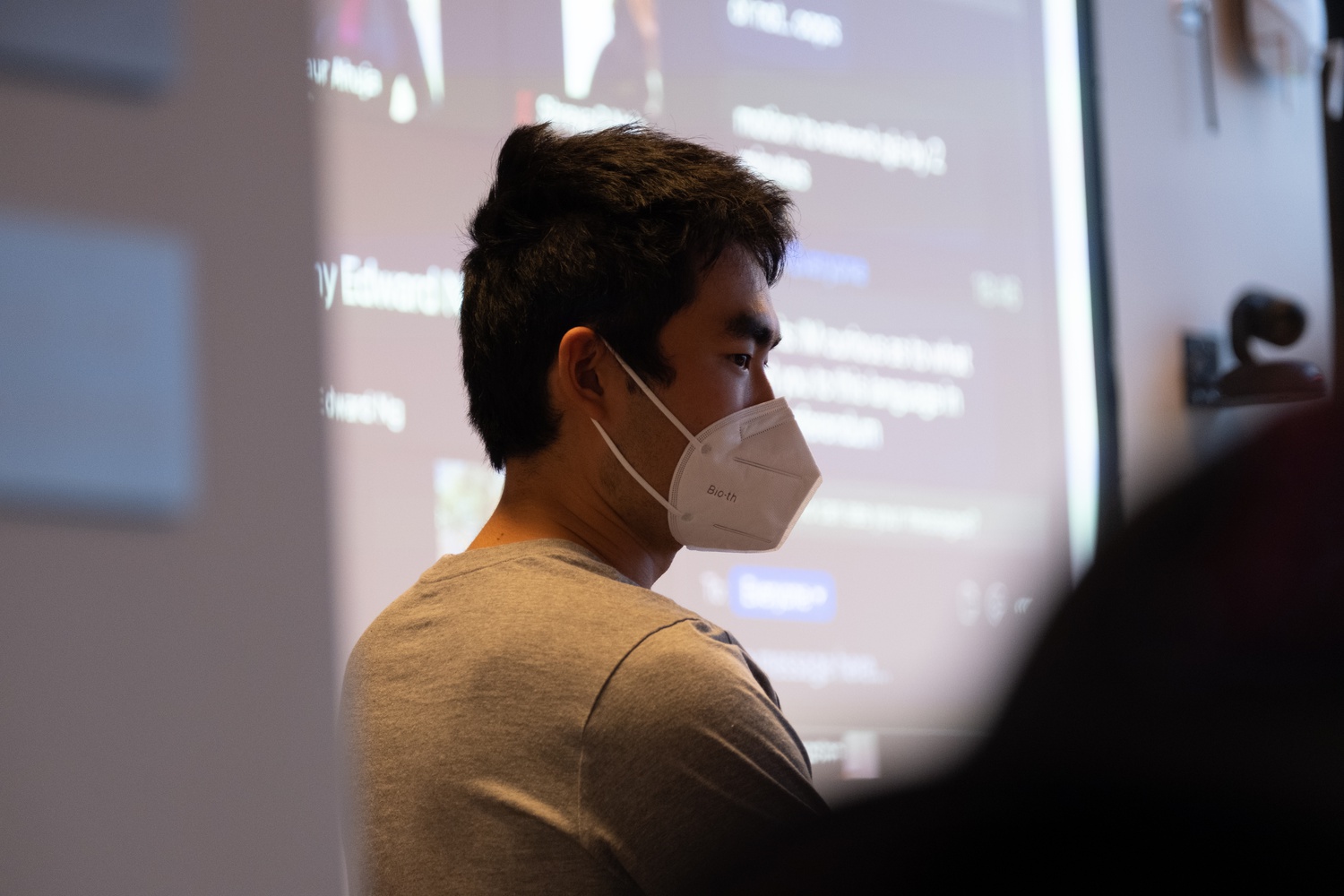 On the eve of a referendum that will determine the Harvard Undergraduate Council’s future, the body held a meeting on Sunday that descended into disarray with arguments, interruptions, and a dramatic early exit by the UC’s president.

In an eleventh hour twist, the council voted to remove a question about designating Election Day as a University holiday from the referendum ballot set to go to students on Monday.

The meeting came less than 24 hours before the start of the controversial referendum, in which undergraduates will vote whether to dissolve the UC in favor of a new constitution that would form the “Harvard Undergraduate Association,” an alternative student government backed by the UC’s current president, Michael Y. Cheng ’22.

As part of the referendum, students will also weigh in on Harvard’s Covid-19 policies — a source of sporadic contention among undergraduates.

As of press time at 4 a.m. Monday, the UC’s Elections Commission had yet to send an email informing the student body of the referendum vote, apparently due to a disagreement between Cheng and UC Secretary Jane Oh.

At Sunday’s meeting, Cheng accused Oh of changing the password to a shared account used to send emails to the student body. After the meeting, Oh confirmed she changed the password, preventing Cheng or UC Vice President Emmett E. de Kanter ’24 from sending school-wide messages.

“Michael cannot be consistently sending out emails without anybody else knowing,” Oh said after the meeting Sunday. “We’ve halted everything for now.”

Oh added that the UC leaders could contact the communications chair to request that an email be sent out.

The UC constitution calls for the body’s communications director to run the account “in conjunction with and with the approval of the President, operate the UC-President mailing account.”

“All messages sent from the president@harvarduc.org email account must be approved by the President,” the constitution says.

Cheng and de Kanter have penned several emails to the student body calling for the dissolution of the UC.

“It’s not just messing me up, it’s also messing up the UC Elections Commission,” said Cheng.

Cheng kicked off Sunday’s meeting by denouncing calls for students to boycott the referendum, which were disseminated by an anonymous Instagram account in recent days.

“I think the level of civil discourse on the new constitution versus the UC constitution has been very disappointing,” said Cheng.

The ballot was originally set to include a third question asking students if they support designating Election Day as an instruction-free University holiday. But on Sunday, the Council voted to remove the question from the ballot after members of the Harvard Votes Challenge — a non-partisan group run by the Harvard Institute of Politics that co-sponsored the proposal — asked for it to be included as part of a different referendum next semester.

“Harvard Votes Challenge members know that this referendum is not happening in a vacuum,” said Kiersten B. Hash ’25, the Votes Challenge’s advocacy director.

Lowell House Representative LyLena D. Estabine ’24 pressed Hash on why HVC would “move this referendum, rather than just trying to increase voter turnout.”

“Internally, for Harvard Votes Challenge, there is conflict for students that are in favor of boycotting the referendum — or voting no — and students that want to vote yes,” Hash replied. “So it’s not just a consensus that we can make.”

The debate over removing the question from the referendum dragged on for roughly 30 minutes, preventing the Council from getting to other legislation on its docket — which angered some members.

The council eventually moved on to pass a motion calling for the phrase “in extension studies” to be removed from degree names at the Harvard Extension School.

“We have a guest here,” Ryan P. McCarthy ’24 said, referring to Extension School student Kody Christiansen, who co-sponsored the degree names proposal. “I feel like we’ve been incredibly disrespectful to him by wasting time throughout this entire process, and I would love to see his legislation get passed.”

After the legislation was passed, Cheng moved to adjourn the meeting, which had exceeded its allotted 90 minutes. But with legislation still on the agenda, some UC members objected.

But Cheng opted to call it a night — at least for himself.

“You have a right to exercise your first amendment speech rights. Thank you, and goodnight,” Cheng said before dropping his microphone and exiting the room.

de Kanter chaired the meeting for the additional time as members passed a series of club funding bills via unanimous consent.

A previous version of this article incorrectly stated the Harvard Votes Challenge called for a UC referendum question asking students if they support designating Election Day as an instruction-free University holiday to be included as part of a referendum next semester, instead of this term. In fact, individual members of the group asked for the vote to be pushed.