From Cannes: ‘Le Otto Montagne’ is a Quietly Beautiful Exploration of Belonging 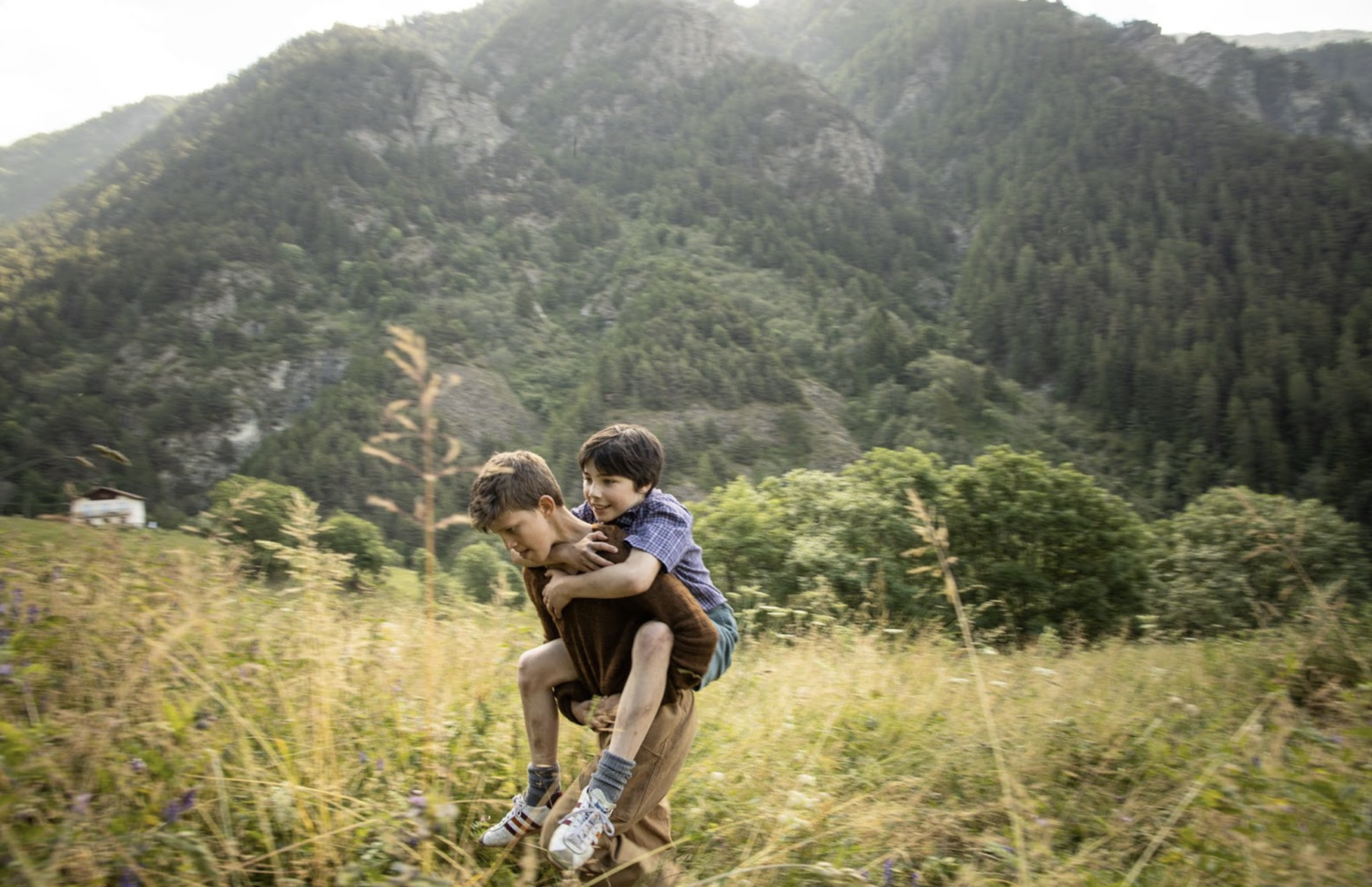 “Le Otto Montagne,” or “The Eight Mountains" premiered on May 18 at the 2022 Cannes Film Festival. By Courtesy of Festival de Cannes
By Jaden S. Thompson, Crimson Staff Writer

“What’s wrong with milking cows and making cheese?” cries petulant preteen Pietro to his mother in the Italian drama “Le Otto Montagne,” or “The Eight Mountains.” In this scene, protagonist Pietro (Lupo Barbiero) defends the rural lifestyle of his best friend, insisting that moving from the mountains to the city “would ruin Bruno.” This argument from Pietro speaks to the questions at the heart of this deeply contemplative film — where is it that we belong in the world, and how are we defined by those places if we find them? In portraying the unique bond between Bruno and Pietro over the years, which always remains tied to the mountains of the Italian Alps where they first met, directors Charlotte Vandermeersch and Felix Van Groeningen’s latest film offers bittersweet reflections on the intimacy of friendship and what it means for humans to fit into nature.

Based on the novel of the same name by Paolo Cognetti, “Le Otto Montagne” premiered on May 18 at the 2022 Cannes Film Festival. At the start of the film, Pietro is eleven years old and has just moved to a rustic rural village with his mother for the summer. He is soon introduced to Bruno, the so-called “last child in the village.” They become fast friends, and this first act of the film is a thoughtful, if subdued, exploration of the playfully intimate friendships between young children.

Beautifully shot vignettes of Bruno and Pietro’s adventures in the sundrenched countryside pull viewers into their tender relationship. They swim together in roaring waterfalls and pristine lakes, splashing each other with carefree laughter; they play with cows and run through the lush summer grass. This exposition is portrayed with a stunning intimacy. The audience can immediately understand the pureness of their bond, which is grounded in their curious exploration of the natural world around them. For years, they spend their summers together in this way, always returning to their easy dynamic after seasons spent apart.

This first act also establishes the film’s meandering pace. “Le Otto Montagne” moves slowly, which aligns with the film’s thoughtful tone and storyline, but at times weakens its ability to captivate audiences. Still, it’s ultimately moving to see how the narrative traces Bruno and Pietro’s shifting relationship over several decades. Both boys have strained relationships with their fathers, and aim to be nothing like them. Because of their families and their own opposing desires, they end up losing touch for years. They finally reconnect in their early thirties, portrayed as adults by Luca Marinelli and Alessandro Borghi. Pietro and Bruno reunite at the mountains where they shared all those precious childhood memories, now grizzled men with full beards and flannel shirts.

Marinelli and Borghi bring a natural warmth to their complicated characters, and there is noticeable chemistry between them as they fall into the old rhythms of their friendship. Pietro and Bruno don’t have to say too many words to communicate with each other; while they differ in some ways, they are ultimately tethered by some unknowable force, and their dedication to each other is heartwarming. The poignant script from Vandermeesch and Groeningen also includes subtle but clever moments that mirror earlier scenes from their childhood.

Although “Le Otto Montagne” isn’t overwhelmingly exciting, it raises powerful existential questions in the portrayal of Bruno and Pietro as foils. While Pietro is restless to see the world, Bruno is confident that he belongs nowhere else but the mountains — he is a “montanaro” through and through, refusing to leave his home. Throughout the film, the mountains are characters themselves, often captured in striking wide shots that render the protagonists small, almost unnoticeable facets of these sweeping landscapes. The film also showcases songs composed by folk artist Daniel Norgren, whose crooning acoustic ballads provide the perfect soundtrack for these meditative scenes.

“Le Otto Montagne” packages profound messages into seemingly mundane interactions between family and friends. In one scene soon after their reunion, Pietro asks Bruno how long it would take to peak Mount Grenon; Bruno tells him to go climb it right then and there. Pietro ascends the rocky mountainside with an astounding lightness to his footsteps, like weight is lifted off his shoulders with every step he takes. When he reaches the top, he dances and yells to Bruno at the bottom; his friend responds by calling him “Berio,” his childhood nickname for him. Even with its slow pacing and simplistic plot, there are a myriad of powerful moments, both lighthearted and tragic, that are emotionally resonant throughout the film. Audiences are left with a myriad of questions that are unanswerable yet nevertheless worth pondering.