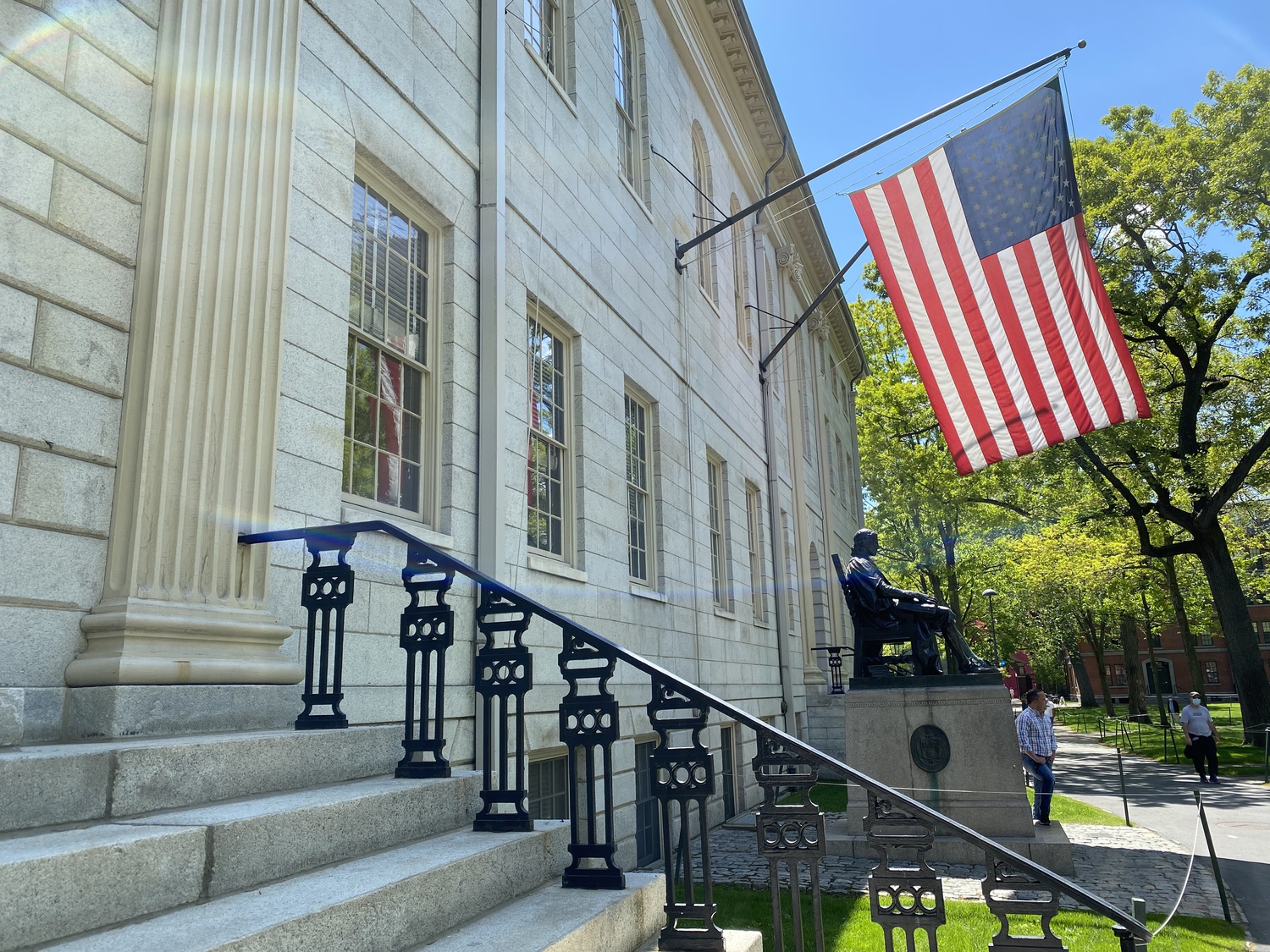 More than 77 percent of respondents to The Crimson’s annual survey of the Faculty of Arts and Sciences said they were either extremely or somewhat satisfied with Harvard’s overall handling of Covid-19.

Responses were widely in favor of Harvard’s vaccination and testing policies, as well as its guidance and support for returning to in-person instruction. Around 94 percent of respondents indicated that they were somewhat or extremely satisfied with the University’s vaccination and booster requirements.

The Crimson distributed its survey to more than 1,100 members of the FAS and School of Engineering and Applied Sciences, polling tenured, tenure-track, and non-tenure track faculty on their demographics, academic life, and viewpoints on various issues, including Harvard governance.

The 111-question survey garnered 476 responses, including 333 that were complete and 143 that were partially filled out. The anonymous survey, a link to which was emailed to nearly every member of the FAS, was open from April 11 to 26. The Crimson did not adjust the data for possible selection bias.

While the first installment of The Crimson’s 2022 faculty survey explored views on sexual harassment at Harvard, the second examines how faculty view Harvard’s Covid-19 response.

Harvard lifted its mask mandate for most indoor spaces on March 14, the same day the city of Cambridge eased its indoor masking policy. This shift in the University’s public health measures followed a surge of undergraduate Covid-19 cases between Feb. 28 and March 4.

More than 30 percent of respondents indicated they were somewhat or extremely dissatisfied with the University’s decision to loosen masking guidelines.

In response to an open-ended question asking for feedback on Harvard’s Covid-19 response, some faculty wrote that they feel the masking mandate was loosened too early, particularly given the uptick in cases among undergraduates.

Still, a majority of respondents supported the move, with more than 53 percent indicating they were somewhat or extremely satisfied with the loosened masking guidelines.

Some said the University’s Covid-19 response has been “too conservative” this school year, with one respondent writing that most Harvard students are “young, vaccinated, and (with few exceptions) healthy” and “are not at serious risk of illness from Covid-19.”

“They have been negatively impacted in their social, intellectual, and moral development by non-pharmaceutical interventions (e.g., discouraging socialization, masking, isolation),” a faculty member wrote. “I believe strongly in protecting vulnerable students, staff, and faculty through vaccines and appropriate NPI measures. But I do not see the point in mandating masks for vaccinated, healthy campus members when hospitals are not full and boosters are widely available.”

Harvard spokesperson Jason A. Newton declined to comment for this story.

Many faculty members continued to require masks in their classrooms for the first week or few weeks after the FAS adopted its indoor mask-optional policy, waiting until Covid-19 numbers declined.

Nearly 48 percent of respondents continued to teach with a mask on, while 40.5 percent reported teaching maskless.

After 18 months of remote learning, students returned to in-person classes in fall 2021. More than 73 percent of faculty respondents somewhat or strongly agreed that the transition from remote to in-person learning was managed well by the FAS.

The University announced in January that it would require all eligible affiliates to receive a Covid-19 booster shot for the spring term.

More than 88 percent of respondents reported that they were extremely or somewhat satisfied with Harvard’s Covid-19 testing guidelines in April. Last month, the University announced that it would phase out of its testing requirement — weekly testing became optional on May 10 for affiliates living on campus.

In response to an open-ended question asking for feedback on Harvard’s Covid-19 response, some faculty noted that no other university followed this testing cadence as long as Harvard.

Others wrote they wished testing was “more frequent” given the virus’s rapid infection and transmission rate.

Some said Harvard should have allowed dependents of affiliates to be eligible for the University’s testing program as well, noting the challenges of getting family members tested.

For its 2022 Faculty Survey, The Crimson collected electronic responses through Qualtrics, an online survey platform, from April 11 to 26, 2022. A link to the anonymous survey was sent to 1,182 FAS and SEAS faculty members through emails sourced in March 2022 from Harvard directory information. The pool included individuals on Harvard’s Connections database with FAS affiliations, including tenured, tenure-track, and non-tenure track faculty.

Of those faculty, 492 faculty members accessed the link, and 476 participants answered at least one question. A total of 333 participants fully completed the survey.

To check for potential response bias, The Crimson compared respondent demographics with publicly available information on faculty demographics provided by the University — information regarding gender, race and ethnicity, SEAS affiliation, and ladder versus non-ladder status. Overall, the respondents to the survey were in line with the demographics of the broader faculty.

According to the report, 42 percent of the FAS are senior non-ladder, non-ladder, or visiting faculty. Among the respondents to The Crimson’s faculty survey, 49 percent indicated that they are non-ladder faculty.

Of faculty who were sent the link to the survey, 140 — or 12 percent — are affiliated with SEAS. In comparison, of respondents who indicated their divisional affiliation on the survey, 7 percent reported an affiliation with SEAS.

This is the second installment in a six-part series analyzing the results of The Crimson’s survey of the Faculty of Arts and Sciences, Harvard’s flagship faculty. Read the first installment here.