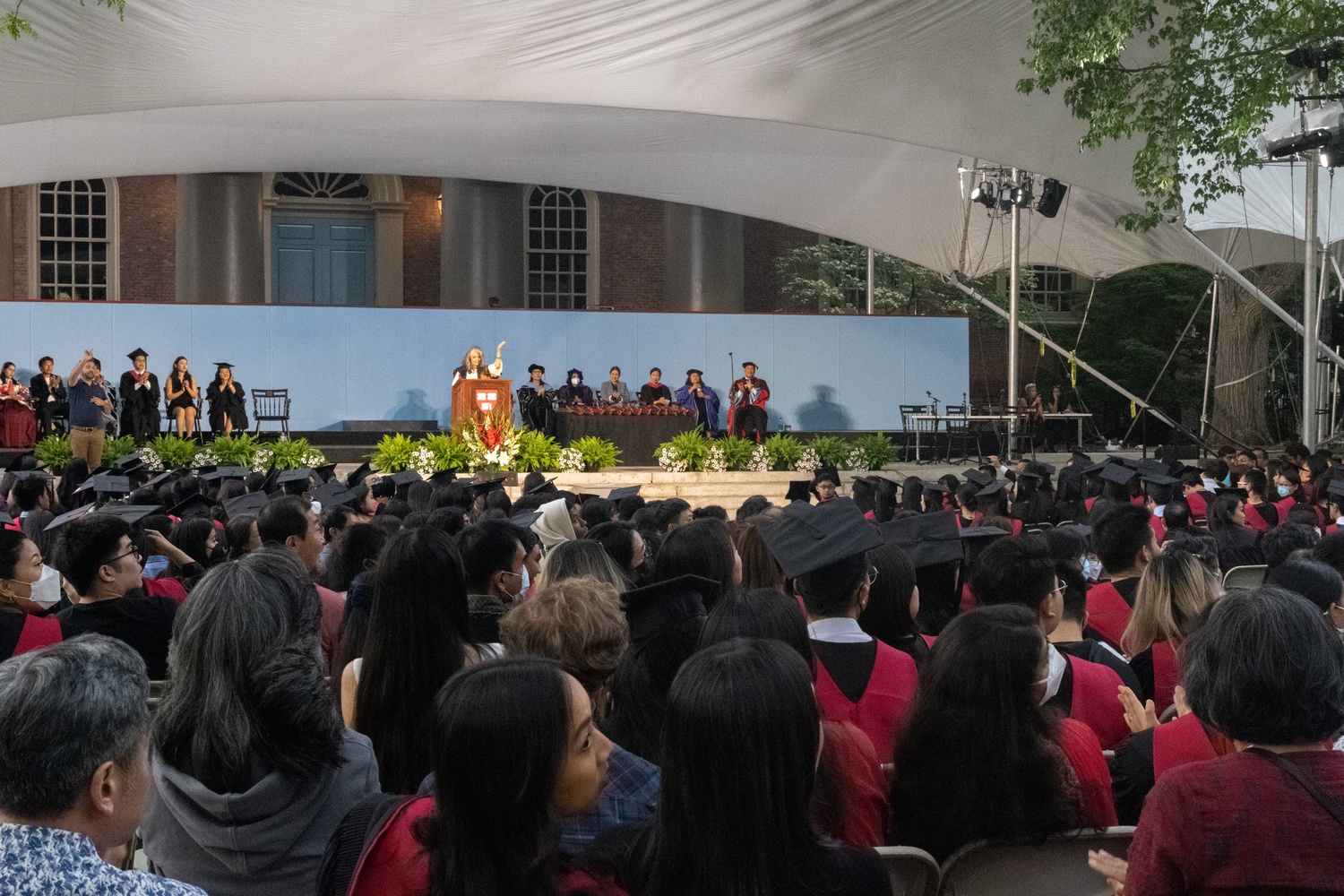 In years past, Harvard hosted five affinity graduations, including ceremonies for Black, Latinx, BGLTQ, and first-generation, low-income students as well as a Native American Program and Indigenous Graduation. When the list of affinity ceremonies was released this year, APIDA students reported feeling disappointed to see their identities excluded, and several took action.

Students raised their concerns to the Office for Equity, Diversity, Inclusion, and Belonging and connected affinity groups across the University.

In a resolution released April 28, which was signed by 30 organizations and 486 individuals, organizers requested University support, in the form of funding, organizational assistance, and stoles, to create a comprehensive celebration.

Despite Harvard’s willingness to provide support, student leaders reported continued difficulties. Will Huang, author of a Crimson op-ed advocating for the ceremony’s inclusion, described the logistical challenges that accompanied the last-minute organizing.

“It was up to us as student leaders within our respective schools to literally circulate the links – to get the stole, to get the tickets – within WhatsApp groups, which is really kind of chaotic, and not everyone is in those groups,” he said.

Other organizers expressed frustration with the additional stress brought on by the advocacy and planning needed to organize the event.

“On top of graduating, we have to work on all these planning things,” said Colin H. Liu, a student at the Harvard Graduate School of Education.“One of the clear solutions could be that you can still have student input, but you just resource [the Office of Equity, Diversity, Inclusion, and Belonging] more, so that there’s more people just working on events that you know are going to happen.”

“There is just this really pervasive pattern of marginalized communities at Harvard University bringing up these initiatives – things that we feel that we want on campus that would better represent us and create more equity – and just being met automatically with resistance by administration instead of support or encouragement or resources,” she said.

Choe also credited other affinity groups for their assistance in organizing.

University spokesperson Jonathan L. Swain declined to comment on specific student criticisms but wrote in a statement that Harvard “looks forward to continuing to work with our community members to strengthen these recognition events in the future.”

“Commencement marks a significant moment of achievement for all of our students, and this week, in partnership with student groups the University co-hosted celebratory events to recognize these achievements, as well as honor those who have helped students reach this milestone,” he wrote.

Attendees commented on both the effort invested by student leaders and the emotional significance of the ceremony.

Krish R. Jaiman, an HGSE master’s student, applauded the work of the organizers.

“I felt like if it wasn’t for the work of a group of people to get this done, that it wouldn’t have happened,” he said.

“I’m not really a big fan of celebration and all of that, rituals and all that, but this one feels really warm and welcoming. It’s like you were with someone you really know,” he said. “We really belong, we feel really welcomed, and I think it’s a really lovely environment to be in.”