From Cannes: 'Triangle of Sadness' Enthralls and Eviscerates With Its Vision of Poisonous Wealth 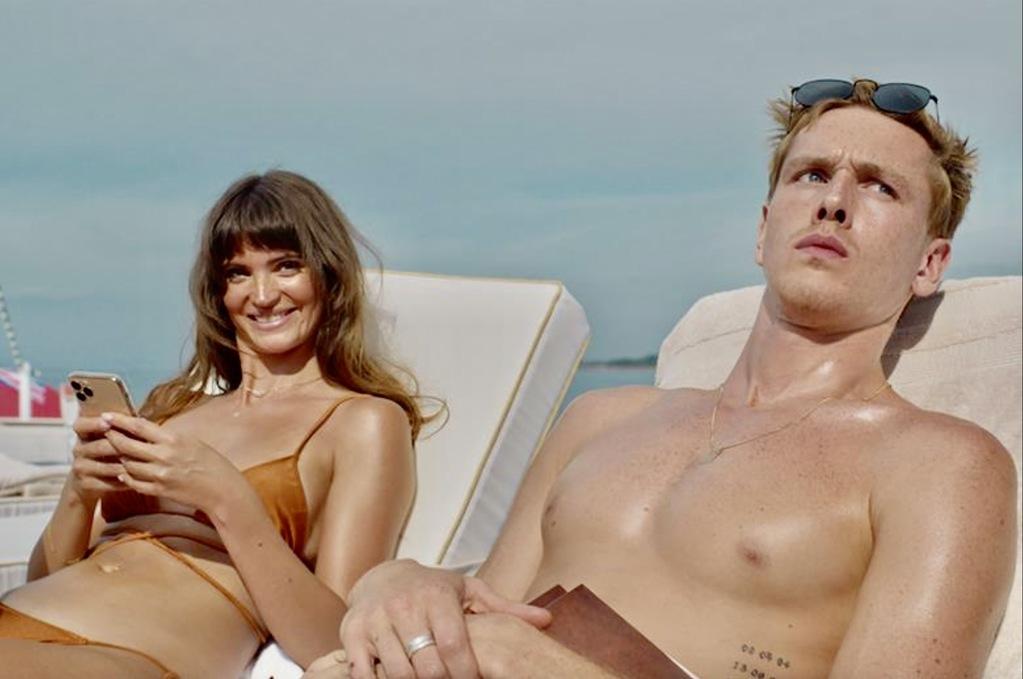 After more than two years of straight-to-streaming premieres, cinema shutdowns, and grave prognostication that the theatrical experience is dead, the May 21 premiere of Ruben Östund’s “Triangle of Sadness” jolted the 2022 Cannes Film Festival like a shot of adrenaline. From the early moments of the premiere-day press screening, the Debussy Theater echoed with riotous laughter and shocked murmurs; the enthralled audience reaction was the most engaged of any screening I personally attended, and it illustrates how the fresh hilarity, excellent performances, and vicious satire of “Triangle” hit home.

Where Östlund’s acclaimed previous films “Force Majeure” and “The Square” (a prior Palme D’or winner) present subtle, comedic commentaries on falsity, ego, and cowardice in elite circles, “Triangle of Sadness” throws subtlety overboard, embracing complete narrative absurdity while drawing cringe-inducing depth from its lead performers. But despite their stylistic differences, all of Östlund’s films share a central conceit: They draw sharp satisfaction from making rich people uncomfortable. In this film, Östlund ratchets their discomfort up to hallucinatory heights, weaving a mesmerizing and uproariously funny tale about the depravity of wealth, the exploitation of beauty, and the existential nightmare of cruise ships.

The film starts by following C-list male model Carl (Harris Dickinson) as he navigates a casting call, answers questions about the modeling world for a rude YouTuber, and gets relegated to a back row for his more successful girlfriend Yaya’s (Charlbi Dean) runway show. As Östlund introduces the couple, the thematic center of the film emerges. Yaya is perfectly content to conform to unequal power dynamics when it benefits her, whether she’s leveraging her beauty to make a living in the hierarchical modeling world or letting Carl buy things for her, but Carl feels uneasy about the financial expectations placed on him as a man. As he professes during an ingenious, thrillingly unhinged early argument over a restaurant check, Carl says he wants a truly equal partnership. At least, he wants that in the abstract — until the events of the film force him to choose between using his own beauty to get ahead (and surpass Yaya in status) or giving up his advantages to remain equal.

In the end — spoiler alert, although through Östlund’s lens this is more a fact of life than a plot specific — the allure of advantage is too high. As “Triangle of Sadness” progresses, the couple embarks on a luxurious cruise gifted to Yaya because of her internet following. Onboard, they’re greeted by an ensemble of oligarchs, socialites, and modern-day robber barons, who are as enjoyable company as one might expect. As the trip proceeds to go horribly wrong, Östlund puts Carl’s ideals to the test, weaving a darkly funny, biting portrait of hierarchy, privilege, and self-preservation.

Whether it’s rich people paying for the obedience of others, models vying to couple up with powerful people, or powerful people openly exploiting models, Östlund’s film illustrates the incompatibility of capitalism and social equality. In a world (or luxury ship, or island) where people must compete for resources, those on top — initially the awful billionaires, and then someone else after a series of dramatic mishaps — decide other peoples’ fates, and everyone inevitably uses their individual assets to vy for favor.

The film’s occasional moments of dramatic depth, mainly arising from its hilarious portrayal of Carl and Yaya’s hopelessly superficial relationship and their clash with cruise-worker-turned-leader Abigail (Dolly de Leon), deftly reinforce its political critique, showing how the demands and privileges of beauty follow them everywhere. A trio of grounded, earnest performances from Dickinson, Dean, and de Leon (who together are more poisonously discordant than their alliterative names suggest) center the film amidst the circus of hysterical characters and plot, preventing a farce. Thanks to their performances, the often heavy-handed satire avoids the smug obviousness of recent commentary comedies like “Don’t Look Up.” (“Triangle of Sadness” is also much, much funnier, so the comparison feels unfair.)

That’s not to say Östlund eschews low-hanging fruit altogether — in some moments, he tries to wring humor from juvenile gags that go on too long, mainly the seasickness crisis that seizes the cruise ship when the vengeful Marxist captain, Thomas Smith (Woody Harrelson), plans a feast during a storm. The cruise guests, of course, start throwing up everywhere, leading to what felt like a half hour (although it probably spanned fifteen long, repetitive minutes) of gross-out scenes that quickly get boring. Other jokes fall flat or feel tone-deaf, including the film’s depiction of a wheelchair-using guest (played by Iris Berben) whose immobility is mined for cheap laughs during the seasickness disaster and the guest’s later stay on an island.

Clocking in at nearly two and half hours, the film also feels longer than necessary. It’s comprised of three location-oriented sagas (in the London modeling world, on the cruise ship, and then on an isolated island) that are riotously entertaining but eventually circuitous. It’s hard to imagine what Östlund plans to add to the theatrical cut, which he has said will be longer, or whether audiences will want to sit through a three-hour film that makes its point in its first ninety minutes.

Overall, though, Östlund’s film soars far beyond these weaknesses, bitingly conveying the dual moral rot and real-world uselessness of the uber-rich and showing how billionaires live above the rules but have little to actually offer society. As some commentators have pointed out online, the film’s broad “power corrupts” argument may not be the most precise or revolutionary — but the film’s excoriation of the wealthy is undeniably important in a world where exploitative billionaires hold the world’s economies in a vice grip, deciding the fates of billions of people.

Beyond its portrayal of wealth, the film’s more specific critique of exploitative beauty culture feels unique for the contemporary cinematic landscape: The movie illustrates how Western society rewards, exploits or mistreats people according to their adherence to ridiculous beauty norms. Though the film is a political satire that may feel superficial when held up to the interpersonal dramas filling the festival lineup, its messages are no less important. Nowhere is its relevance more evident than the Festival de Cannes, a veritable who’s who of yacht-owning billionaires with a world-famous red carpet where celebrity appearances are telegraphed around the world to be dissected. It’s a great irony that this critique of capital took home the Palme d’Or, the top award at a festival known for its exorbitant displays of wealth, although perhaps it speaks to the disconnect between the film-focused jury and the broader culture around the festival.

Then again, as Östlund illustrates, the rich are full of contradictions.