Boston Ballet’s ‘MINDscape’: The Fusion of Classical and Contemporary 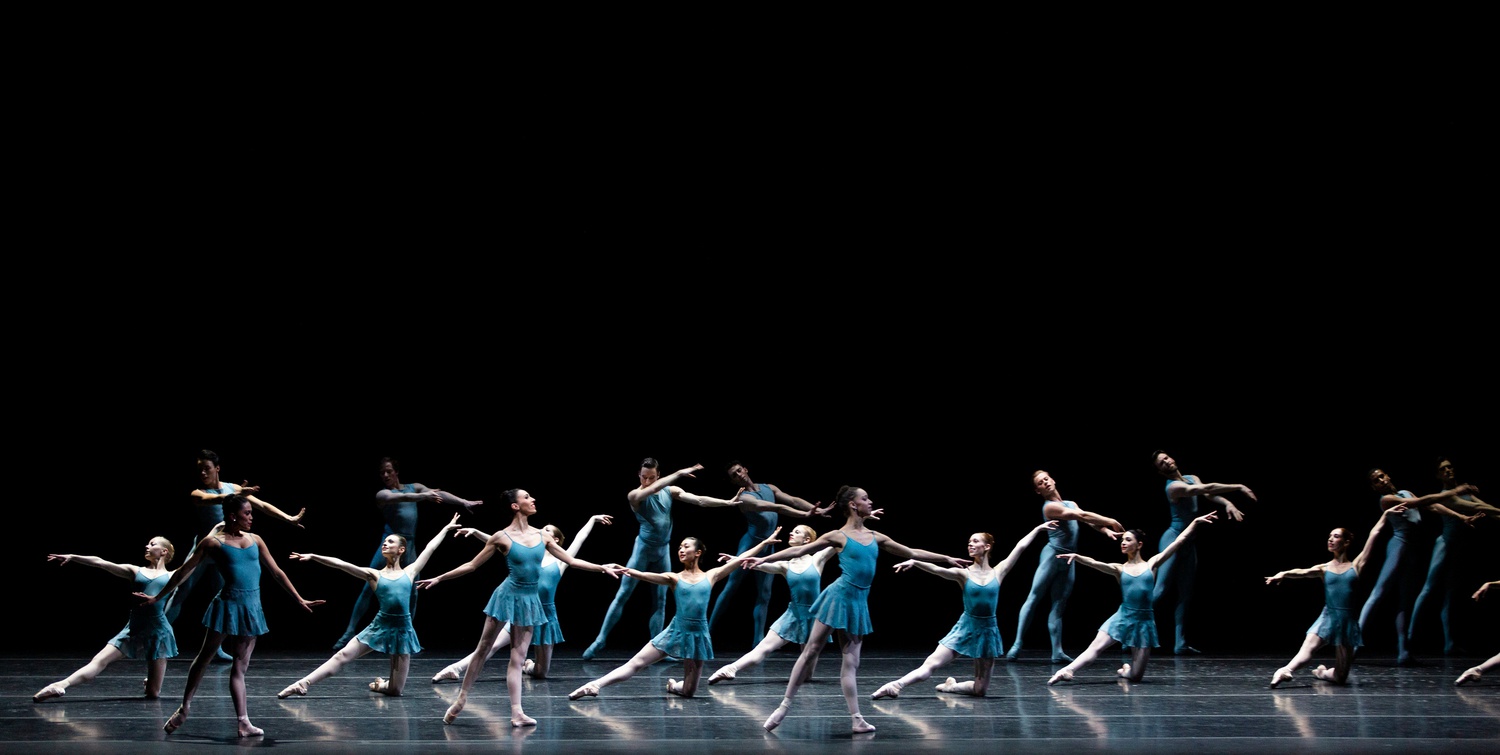 The Boston Ballet pushed the boundaries of creativity with their “MINDscape” performance, which ran from May 5 to May 15 at Citizens Bank Opera House. With a total of three unique acts, “MINDscape” is truly a transformative experience featuring the world premiere of two original works by choreographers William Forsythe and Jorma Elo. Following Forsythe’s “Blake Works I” in the first act, Elo’s “Ruth’s Dance” and Forsythe’s “Blake Works III” made their debuts. These exciting contemporary works not only captivated the audience with their novelty, but also with their revolutionary fusion of classical and contemporary elements in ballet.

“MINDscape” gifted the Boston Ballet an opportunity to bring back Forsythe’s “Blake Works I” to a familiar stage in a post-COVID era. While the work’s world premiere was in Paris in 2016, the Company made the North American premiere of “Blake Works I” in March of 2019 at Citizens Bank Opera House. This piece features 21 dancers donning light blue attire and contains seven sub-acts, each of which is set to a different electronic song by James Blake, a Grammy-nominated artist.

The first song, “I Need a Forest Fire,” opened with 20 dancers positioned in three neat lines, giving the illusion of a traditional ballet. However, with the start of the contemporary music, the dancers began to move in ways that defied conventional styles, using their arms to create intricate visuals in unison within smaller groups of dancers.

The second sub-act was a trio accompanied by Blake’s song “Put That Away and Talk To Me,” featuring Jasmine Jimison, Lawrence Rines, and Haley Schwan. The choreography aligned with the title of the song extremely well, as it featured natural hand gestures and movements such as a shrug and facing one’s palm to another dancer’s face. The ease and familiarity of these expressions garnered chuckles from the audience at the end of the piece.

Two of these sub-acts were duets, or, in ballet terms, pas de deux. The two duets, set to the songs “The Colour in Anything” and “F.O.R.E.V.E.R.,” respectively, were notable in their contrast — dancers Lasha Khozashvili and Chrystyn Fentroy closed with their backs to each other in one while Lia Cirio and Patric Palkens embraced in another.

The next act was the world premiere of Elo’s “Ruth’s Dance,” which was dedicated to Elo’s mother and revolves around the theme of losing a loved one. The Boston Ballet Orchestra accompanied the dancers and performed several concertos for two pianos by J.S. Bach. Despite the presence of Baroque era music, the choreography and bright colors in the costuming still contained many contemporary elements.

“Ruth’s Dance” centered on the partnering: Two dancers wore purple, two wore dark blue, two wore pink, one wore black, and the rest wore light blue. The vibrance of these colors also enlivened the stage which served Elo’s vision of representing joy throughout. Evident patterns emerged with a purposeful order of soloists and duets cycling from purple to dark blue to pink. Patric Palkens, the only dancer wearing black, seemed to represent the darkness of death, and on several occasions his appearance marked the disappearance of other dancers from the stage. These details allowed Elo to create a memorable piece to commemorate his late mother that veered away from mere seriousness typically associated with similar works.

The world premiere of “Blake Works III” was the most anticipated act of the night. “Blake Works III” — the latest installment of Forsythe’s “The Barre Project,” which began as a film and was inspired by Covid-19 constraints — simulated the conditions of the Covid era with each dancer having limited access to others. The six dancers received individual time with the barre in ways that defy convention, reflecting unconventional life during the pandemic. Instead of making extensive use of the stage, dancers utilized the entire length of the barre and the space around it to dictate their direction. The talent of each individual dancer was reflected in their sharp and swift movements.

One movement of “Blake Works III” that was of particular interest to the audience was the projection of four barres. Harkening back to “Blake Works I” with the electronic song “Put That Away and Talk To Me,” this movement was unique. Instead of featuring the entire bodies of dancers, only hands on a barre were shown, making the audience pay attention to the intentional placements of hands on each of these barres in the choreography. The use of technology in conjunction with dance movements was novel and succeeded in compelling the audience to empathize with dancers amid Covid times.

“MINDscape” was truly a revolutionary experience, balancing elements of traditional and contemporary ballet throughout. With the world premiere of two new pieces to add to the list of existing ballet repertoire, “MINDscape” is innovative in that it takes audiences on an unexpected journey saturated with wonder and excitement.

—Staff Writer Allison S. Park can be reached at allison.park@thecrimson.com.