For the Black BGLTQ Women I Grew Up With on TV 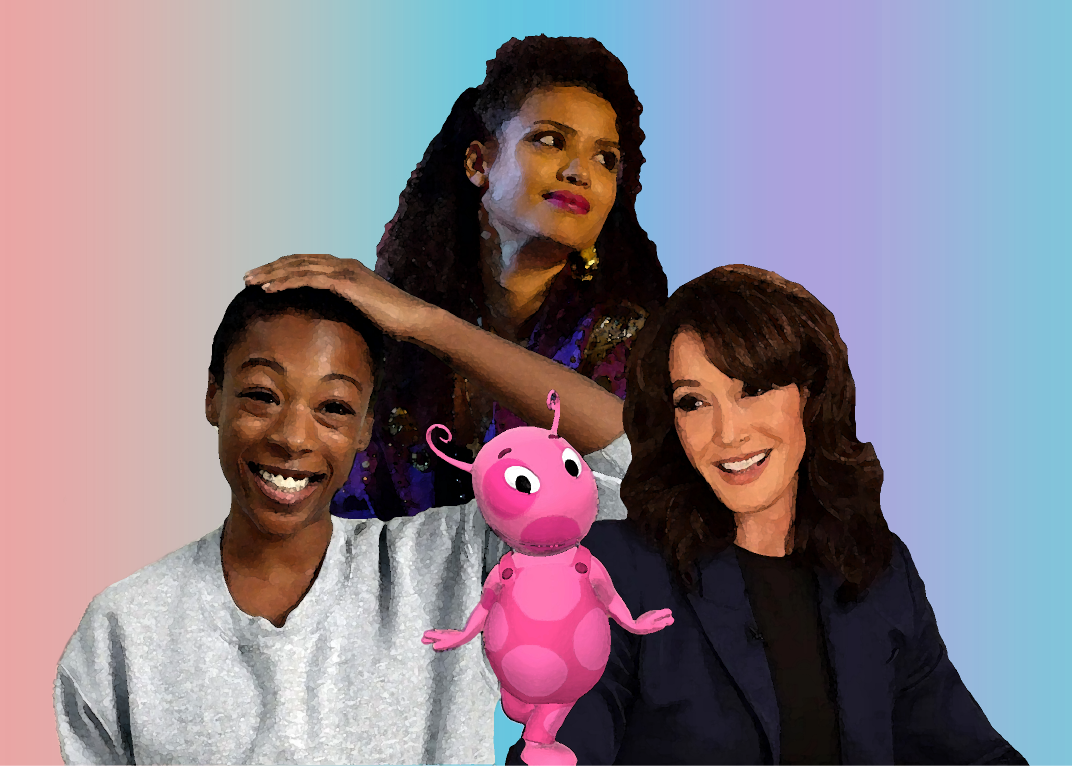 Warning: Major spoilers ahead for Season Four of "Orange Is the New Black," Season One of "The L Word," and “San Junipero” of "Black Mirror."

Diversity in media is critical for young people. It helps shape how they perceive themselves and others.

Moreover, media representation holds a unique position regarding sexual orientation and gender identity: while most young people have close relationships with other people who have the same racial, ethnic, or religious identity in their families or communities, it is less common for BGLTQ youth to personally know other people in their families or communities who openly have the same sexuality or gender identity. Because of this, characters in television, books, movies, and other media play a huge role in understanding BGLTQ identity and culture.

While I was growing up, the vast majority of BGLTQ characters were white and male. Every character with overlapping marginalized identities, then, carried significant weight. As a Black queer woman, I would like to thank the Black BGLTQ female and femme television characters who I watched growing up and continue to love today. I write this piece as an homage to these fictional characters, as celebration and critique, and as an opportunity for reflection on past television representation to consider what to maintain and what to improve in present and future television representation.

Poussey Washington (portrayed by Samira Wiley) from “Orange is the New Black” (2013-2019) is a compassionate, lighthearted inmate. When I watched the fourth season of the show, I was in the ninth grade and in the process of coming out as queer. I was happy to see a Black woman who was out as gay, loved by her friends, and in a healthy relationship — a relationship like one that I hoped to have someday, even though I had not before seen it between two women of color. My heart crushed when Poussey was murdered by a correctional officer at the end of the season. I grew to identify with this character, only to watch her die at the hands of a reckless white man, a harsh reminder of a sad reality always present in my mind as a Black woman. While I understand that the writers wanted to send a message about Black Lives Matter, I still wish they did not dispose of my beloved Poussey just to make a point. There is power in Black joy, too. Poussey, thank you for being there for me as a 15-year-old on my way out of the closet.

I adore Jennifer Beals’s Bette Porter from “The L Word” (2004-2009) for her ambition, determination, confidence, and assertiveness. She sometimes discussed her intersectional Black and lesbian identity, a rare topic for television of its time. When I first streamed “The L Word,” I was nearing the end of high school and had grown comfortable with being openly queer but struggled to envision a future for myself because I had not seen it for anyone else like me. Bette, a self-assured Black lesbian character with a successful, exciting career and a daughter, was the one to demonstrate that future. In middle school, when I was figuring out my identity, I watched Lena Adams Foster (portrayed by Sherri Saum) of “The Fosters” (2013-2018) raise kids and have a career, but she was somewhat in the background, while Bette was in the center. Bette, thank you for allowing me to construct my own when-I-grow-up dreams.

In “San Junipero” (2016), the fourth episode of Season Three of “Black Mirror,” Kelly (portrayed by Gugu Mbatha-Raw), an outgoing, fun-loving, presumably bisexual young woman, falls in love with Yorkie (portrayed by Mackenzie Davis), a quiet, bookish young woman. Midway through the episode, the audience learns that Kelly and Yorkie are not young; they are elderly women undergoing an experience similar to a kind of virtual reality nostalgia therapy. As a kid in high school, I was touched and inspired to see an elderly Black woman in a romantic relationship with another woman, and I realized how rare it is to find BGLTQ characters older than their thirties. I began to imagine myself growing old while living a pleasant and authentic life. Moreover, the show does not focus on Kelly’s and Yorkie’s races, gender, or sexualities; it focuses on their relationship’s beauty, challenges, and vulnerability, thus rejecting the potential notion that it could be considered unusual. Kelly, thank you for normalizing the possibilities of happiness as an elderly Black queer woman.

As a child, I was obsessed with Uniqua, the pink spotted character portrayed by LaShawn Tináh Jefferies on “The Backyardigans” (2004-2013). Unlike the other characters (a kangaroo, a penguin, a moose, and a hippo), Uniqua is her own species. And compared to Tasha, the other girl character, Uniqua is more of a tomboy. She is arguably a BGLTQ-coded character, and I always sensed that her identity was unique. Uniqua was inspiring to me; I appreciated her inability to fit a mold and her confidence in herself. Also, she was portrayed by Black actors (speaking voice and singing voices). As a child, I was surprised that she and Tyrone, the moose, were both portrayed by Black actors, because I could not recall examples of more than one Black person in a non-familial setting, such as a friend group or classroom. Uniqua showed me that there is no need to limit the amount of space Black people fill. I identified with Uniqua from a young age, even though our shared identities were coded and implied. Hopefully in the future, children’s characters will display intersectional marginalized identities in more explicit ways. Uniqua, thank you for being the first character to whom I truly connected.

Going forward, I want even more representation of Black BGLTQ women. I want to see not only young characters, but also middle-aged and elderly ones; not only characters who exist to send a message about injustice, but also characters who exist to be themselves; and not only BGLTQ-coded children’s characters, but also characters who are canonically BGLTQ. All of the characters I mentioned (except Uniqua) were in mixed-race relationships, but I also want to see relationships between Black women. They were also mostly in mature-rated series — I cannot remember any Black BGLTQ women from teen-oriented series, not even “Degrassi: The Next Generation” (2001-2015) or “Glee” (2009-2015). Additionally, I want to see more transgender, non-binary, and gender nonconforming characters, which were glaringly absent from this piece. Today, the situation has vastly improved from when I was growing up — but there is still more to be done for positive, diverse, nuanced representation. I want to see more Black BGLTQ women’s stories. They were critical to my youth, so I know they will continue to matter for generations to come.

​​This piece is part of The Crimson’s 2022 Pride Month special issue. 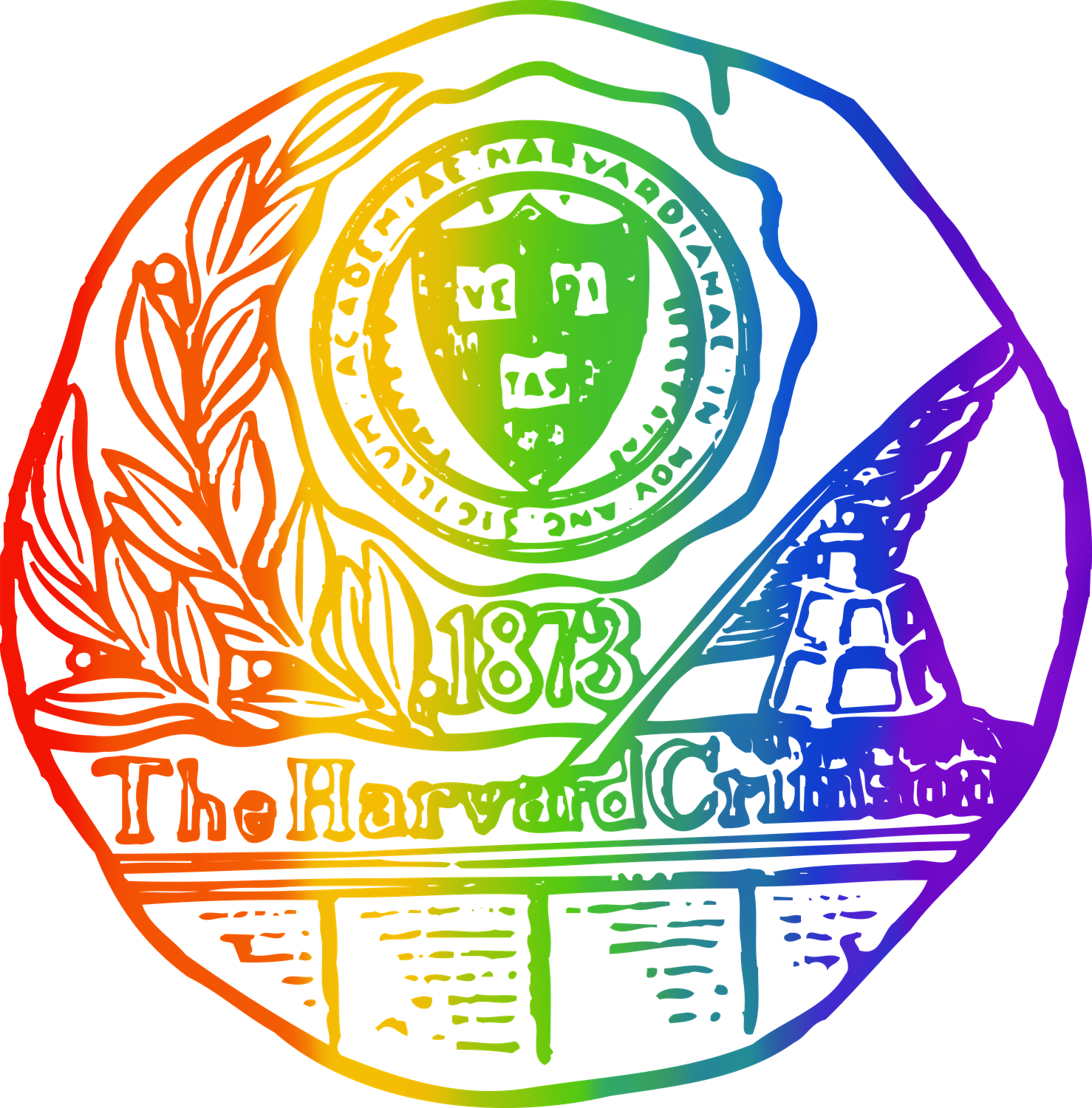