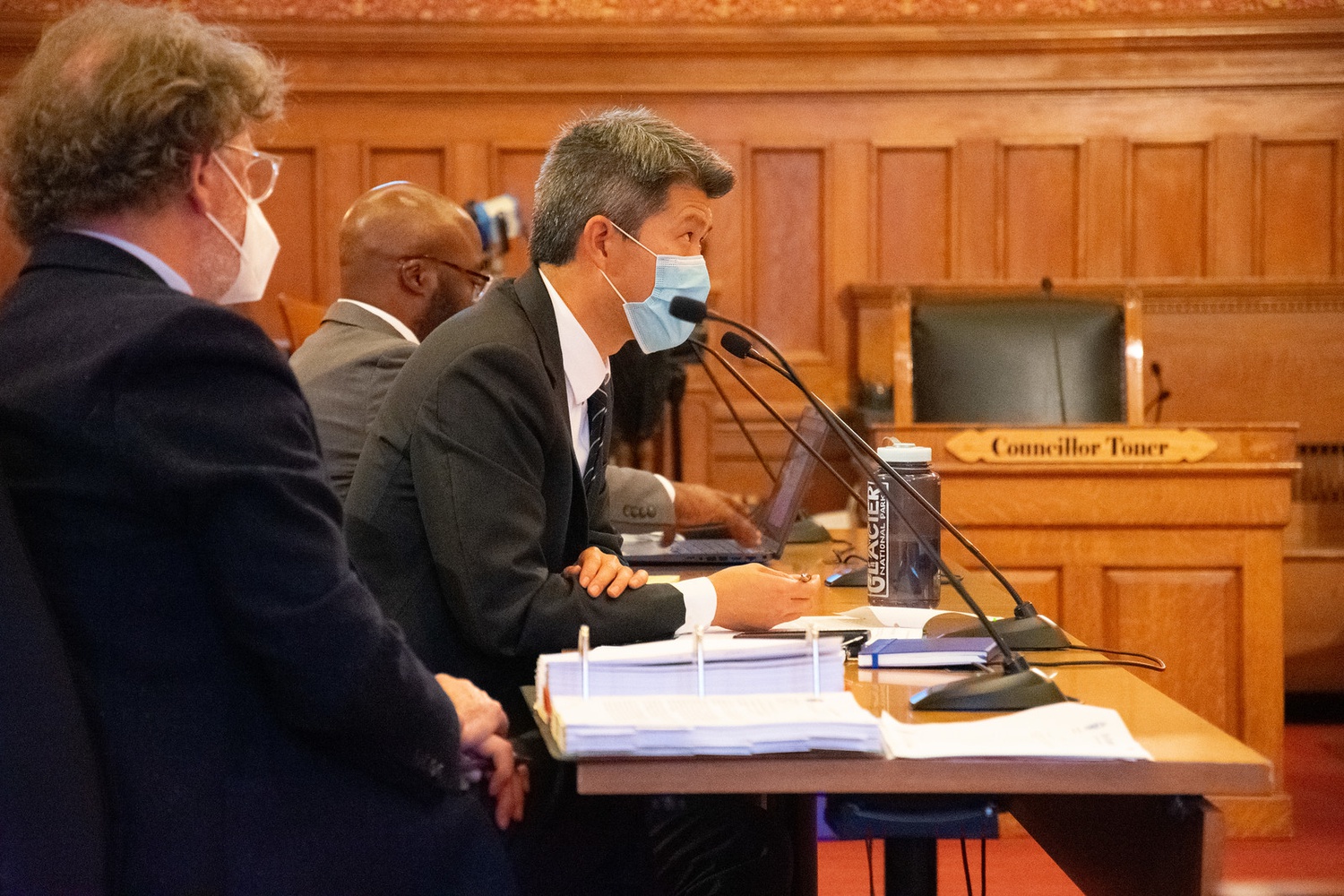 During the meeting, the council approved nearly $16 million in state and local funding for Cambridge’s Affordable Housing Trust and nearly $4 million for “historic preservation and open space projects” under Massachusetts’s Community Preservation Act.

In an interview prior to the meeting, Vice Mayor Alanna M. Mallon said the transition to Huang’s leadership has been a “really exciting time” and that she was optimistic about his relationship with the council.

Huang and the council will go on a retreat to discuss issues raised by Cambridge residents during the city manager search process last spring, Mallon said. She described the discussion as “long overdue.” 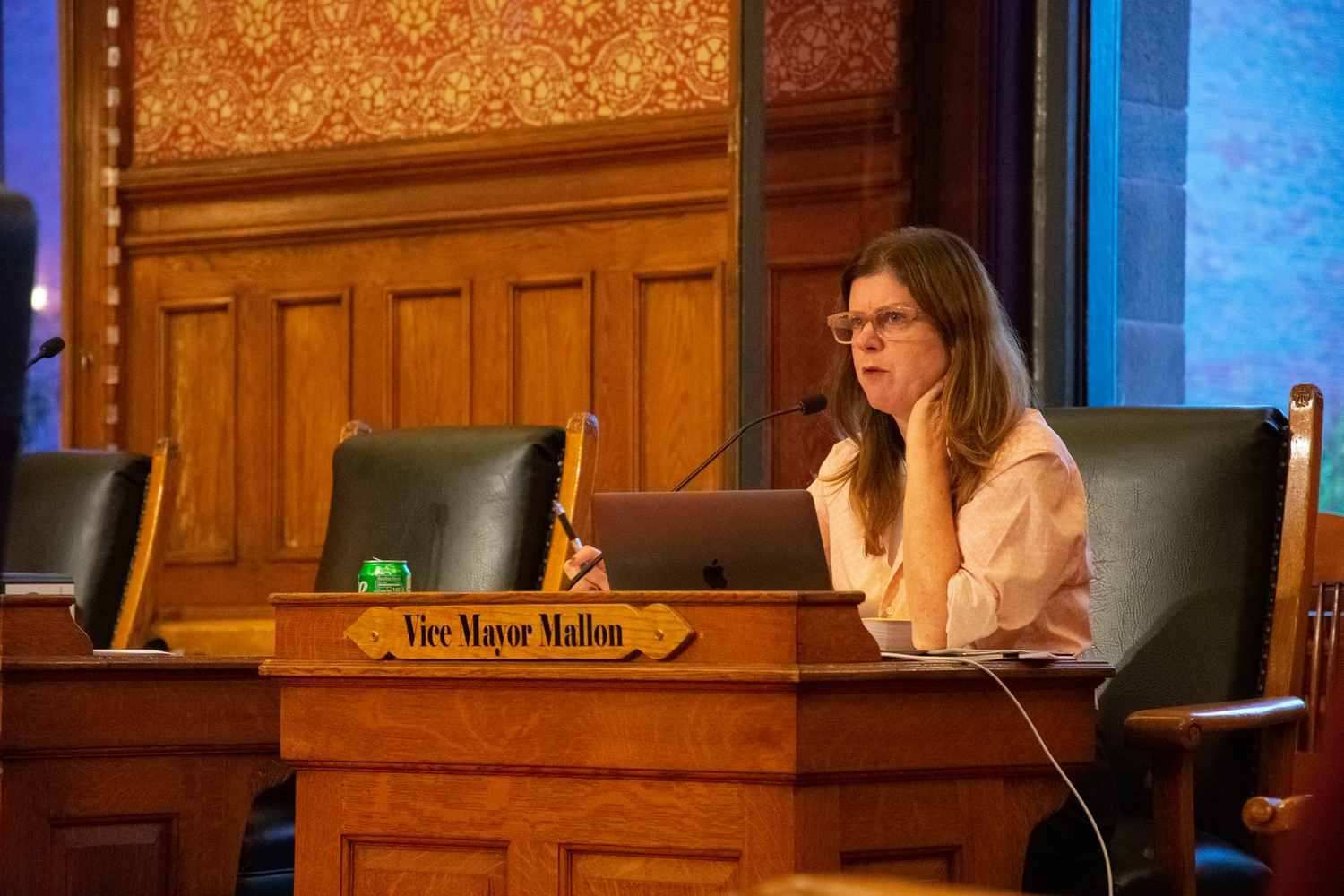 Mallon added that Huang’s work during his onboarding “really affirmed the decision that we made as a city council to have Yi-An be our next city manager and really tackle some of these sort of thorny issues that we’ve been trying to work through for a long time.”

Cambridge’s chief public health officer, Derrick L. Neal, presented on the state of the Covid-19 pandemic and monkeypox in Cambridge, noting that the city had fewer than 10 cases of monkeypox. He urged Cambridge residents to get an updated booster vaccine to protect against the Omicron variant of Covid-19 and said those eligible to get the monkeypox vaccine should do so. 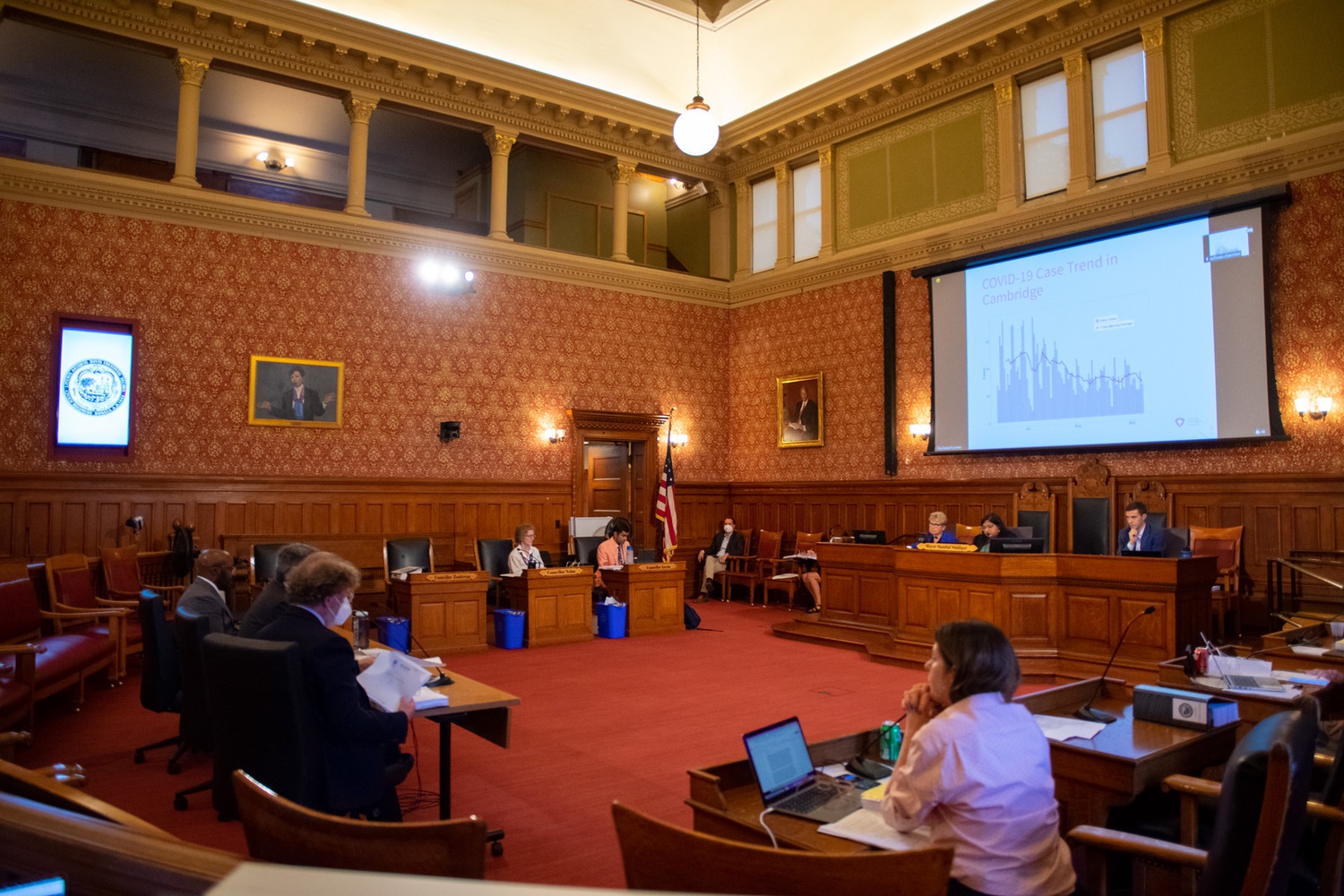 The Cambridge City Council discusses Covid-19 in the city at a meeting on Monday. By Julian J. Giordano
Advertisement

The council also passed a resolution on the August death of “legendary Cambridge resident” Peter Z. Valentine, an eccentric local artist who was known for speaking at council meetings on topics such as “metaphysical energies” and “cosmic awareness.”

“The joy and spirit and colorful essence of Peter reverberates,” Councilor Patricia M. “Patty” Nolan ’80 said during the meeting.