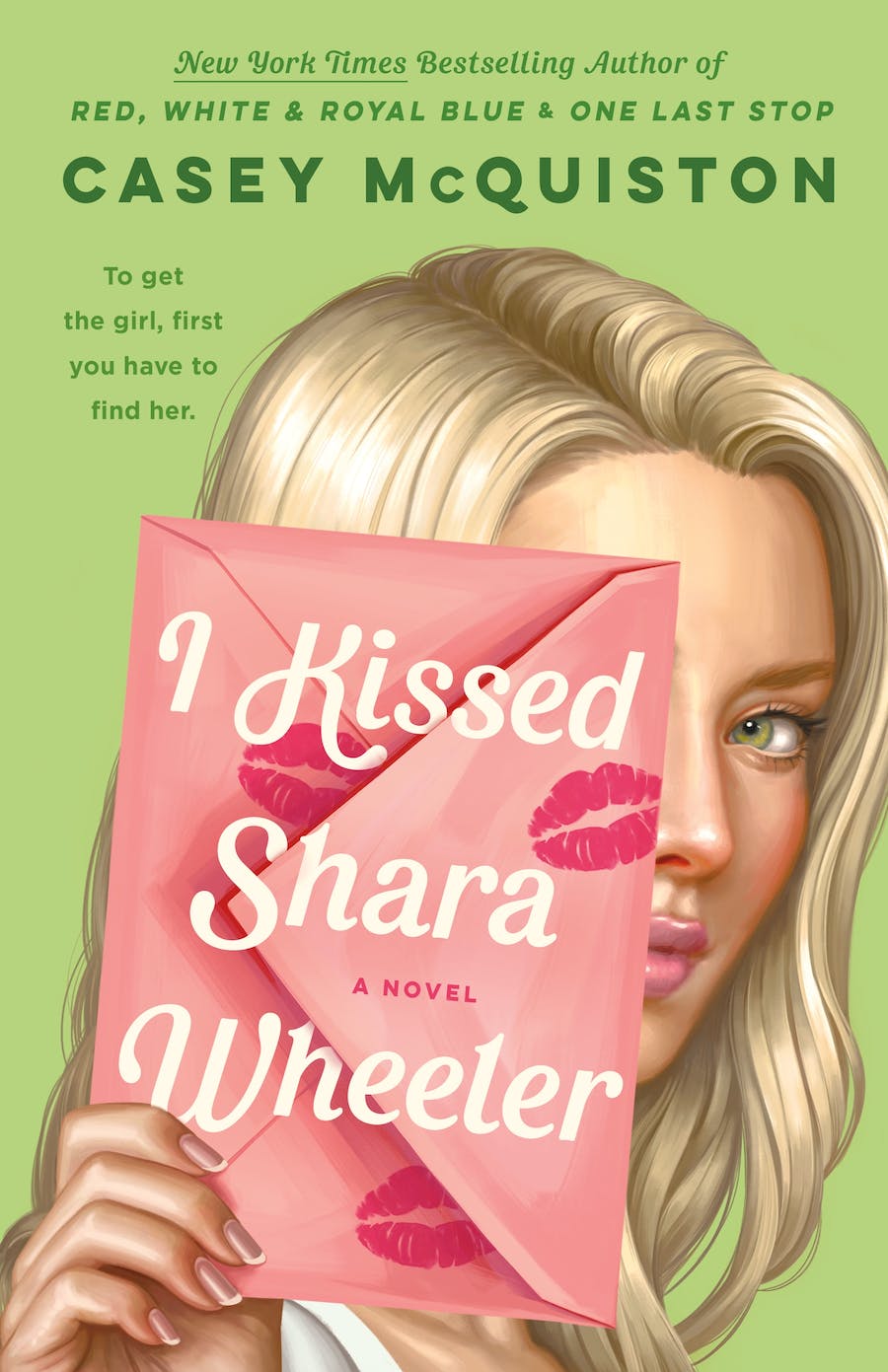 The cover of "I Kissed Shara Wheeler" by Casey McQuiston. By Courtesy of Wednesday Books
By Anaiah B. Thomas, Crimson Staff Writer

With two New York Times Bestsellers already under their belt, author Casey McQuiston’s latest book released to much anticipation. In “I Kissed Shara Wheeler,” McQuiston’s latest foray into the world of young adult romance, readers meet another set of couples grappling with much of the same challenges as those in “One Last Stop” (2021) and “Red, White & Royal Blue” (2019). Indeed, McQuiston’s characters often find themselves isolated in new, strange places (which could be towns, countries, even timelines) and are lucky enough to find someone who changes everything for them, for better and worse. Also integral to these plot points is how these places help McQuiston’s characters learn more about their identities.

“I Kissed Shara Wheeler” follows protagonist Chloe Green, who moves to Alabama and is one of the only students at her intensely Catholic high school who is openly queer. She makes it her singular goal to become valedictorian, her only real competition being the most popular girl at school, Shara Wheeler. However, Shara — who bears a striking resemblance to Sara Cameron from Netflix’s “Outer Banks” (down to the iconic upturned lip) — spices things up when she makes out with Chloe in the elevator and then stages her own disappearance, leaving Chloe to team up with her classic-jock boyfriend and her obsessed-with-the-girl-next-door/bad boy neighbor to solve the mystery. The entire adventure is very Pretty-Little-Liars-esque, complete with little pink slips and spicy blackmail. But things take a turn when the plot line switches to a double enemies-to-lovers trope, where jock falls for bad boy and prom queen realizes her feelings for long-time academic rival.

Although it sounds funny to boil things down to TV show references, it’s fairly fitting of McQuiston’s writing style — jam packed with allusions to everything from “The Legend of Korra” to Taco Bell to Timothée Chalamet. McQuiston’s use of pop culture and clichés not only gives the book a ‘teen movie’ feel, but it adds to their witty and comedic writing: “Like, what do hot guys with long dark hair have to be that upset about? Get a clarifying shampoo and suck it up, Kylo Ren.”

The big idea that the two core romances in the story (as well as some of the side romances between other unlikely couples) reflect is that all of the characters seem to use the pressure of their schools’ expectations as well as their ‘misdirected’ rivalries with one another to hide their true selves and honest feelings. And, in the end, they realize that the true villains are not each other but the stigma and pressure against queerness from their town. While McQuiston weaves this into the storyline seamlessly, their characters have a tendency to state the themes a little too obviously in dialogue. For instance, Shara’s ex-boyfriend Smith goes into nearly a page of monologue: “It’s fucked up how they make us feel about ourselves, and we put up with it because we don’t think we can do anything about it. We put up with it for so long that we don’t even know who we are, only what they want us to be.” Or better, when Chloe blurts things like “God, you’re such a narcissist, I don’t even feel bad that you’re in love with me.” But, of course, being that McQuiston is careful to keep Chloe’s frankness and Smith’s tendency for soliloquy to their respective designs, it can all be chalked up to characterization.

What McQuiston does most beautifully in “I Kissed Shara Wheeler” is provide the reader with exactly what they ask for when they pick up a romantic comedy. In between all the laughs, high school cliques, master plans, teenage antics, crawling through vents, and falling off of yachts, readers experience two characters falling in love and grappling with what it means to be in love and what some of their first sexual experiences are supposed to look like. That, in itself, deserves applause.

—Staff writer Anaiah B. Thomas can be reached at anaiah.thomas@thecrimson.com.