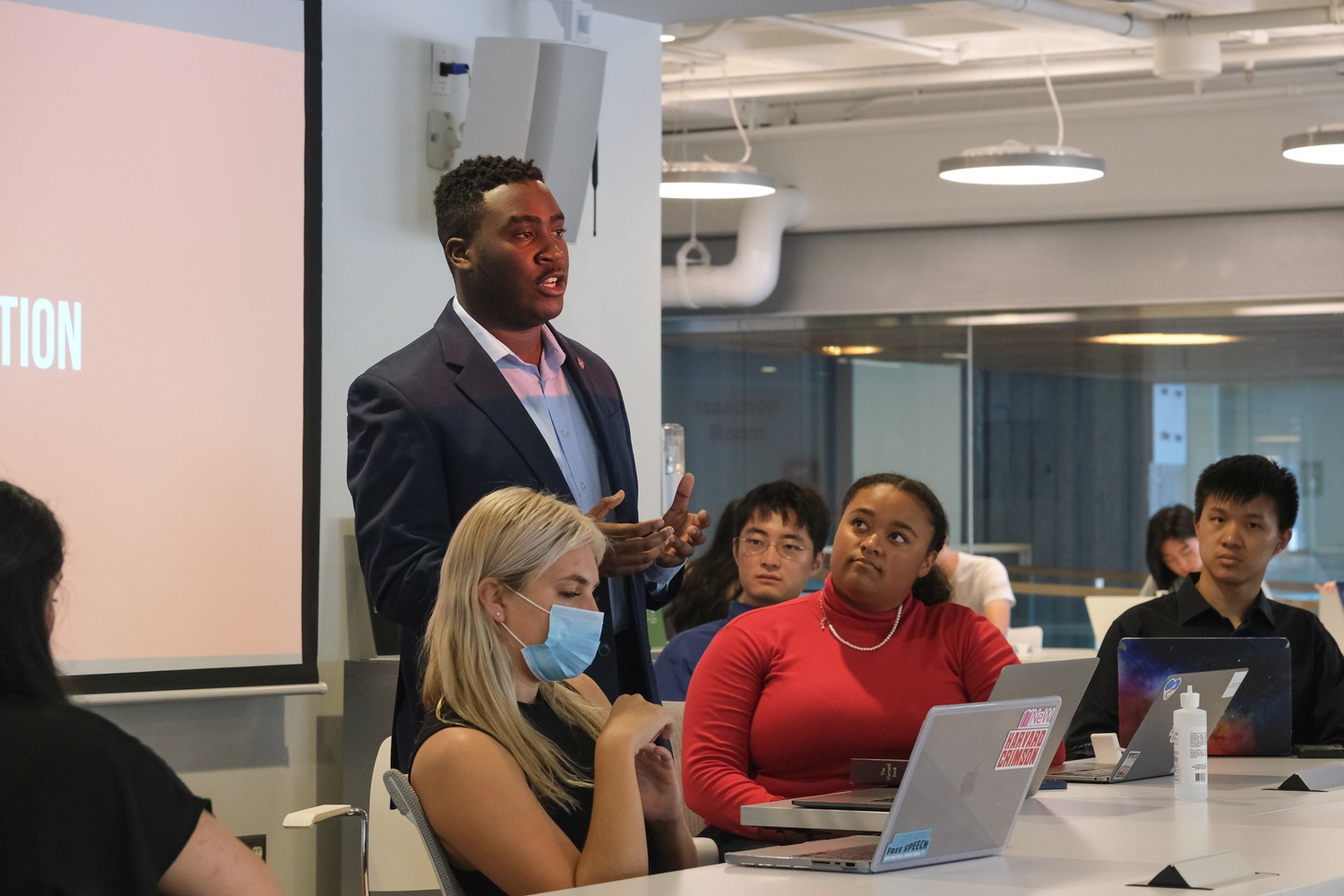 A Monday Instagram post by Primus, which had garnered nearly 700 likes as of early Tuesday morning, said the HUA “Rejected PRIMUS’s Plans for Diversity, Equity, and Inclusion.” HUA leaders refuted the group’s claim in an interview Monday, calling the post “misinformation.”

Primus’ post claimed the HUA “voted against a Diversity, Equity, and Inclusion Team” over the summer “after a Primus representative reached out to HUA Co-Presidents and Officers.”

The HUA responded in a statement posted on Instagram Monday evening, claiming the organization was “never formally approached by PRIMUS” about the creation of a diversity, equity, and inclusion team.

“Over the summer, a member of PRIMUS spoke to various HUA members informally about her personal idea for a DEI team,” the post from the HUA’s Instagram read. “We asked that student to reach out to us along with other students who might be interested in making a structural change for a discussion. No effort was made to reach out to us after that point.”

According to HUA co-presidents LyLena D. Estabine ’24 and Travis Allen Johnson ’24, the Association’s Wellbeing Team currently handles diversity, equity, and inclusion issues, but the HUA is open to establishing a dedicated team for the topic.

The HUA’s bylaws do not grant its executive board the authority to create new teams. The creation of a new team would require amending the organization’s constitution via a College-wide referendum.

A referendum can be initiated by a vote in favor by all members of the executive board or a petition signed by 5 percent of the student body.

Estabine and Johnson said Monday they hesitated to call such a referendum halfway through the year, when the new officer would only be eligible to serve for half of a term. Further, the creation of the team would require two school-wide votes — one to establish the team and one to elect a team leader.

The pair said they planned to reevaluate the need for a dedicated diversity, equity, and inclusion team next semester when officer elections take place.

But Primus representative Laila A. Nasher ’25 said she felt unfairly excluded from discussions over the summer, when this decision was made.

“They do value FGLI voices — however they didn’t value it enough to include us in the meeting when it was not convenient for them,” Nasher said.

Nasher, Primus’s vice president of advocacy, previously served as an Oak Yard Representative in the Harvard Undergraduate Council, which was replaced by the HUA last spring. She also sat on the UC’s DEI Committee, which was chaired by Johnson.

Without immediate support from the executive board, Primus sought to trigger a referendum by a petition for the creation of both an “Inclusion Team” and a “First-Year Class Team,” which they urged students to sign in their post.

“This referendum is a last resort of an unwilling & ineffective student government,” the petition reads.

HUA leaders took issue with the tone of the Primus’s post, which they characterized as incendiary.

“We don’t want tensions to rise as a College community,” Johnson said. “This statement does the complete opposite of that.”

“We personally don’t think it’s harsh because our best intentions are really only for helping the FGLI community at Harvard. We didn’t specifically target anyone for that post,” Velarde said.

Representatives from both organizations expressed interest in continuing discussion. In an email obtained by The Crimson, the HUA requested to meet with Primus leaders along with a representative from the Dean of Students Office.

Still, Nasher said Primus already made consistent efforts to work with the HUA.