Album Review: Alex G’s ‘God Save the Animals’ Is a Revelation 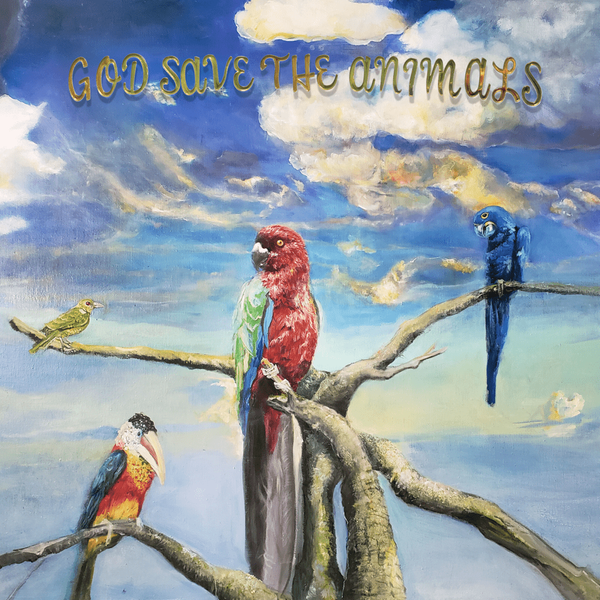 Even among his peers in the pantheon of indie music icons, Alex Giannascoli, better known as Alex G, is a mythic presence who quickly ascended to record store fame. Since 2010, he has gone from self-recording songs on Bandcamp as a teen to releasing four albums with indie powerhouse Domino Records and collaborating with Frank Ocean. But, as evidenced by the shaky melodies that imbue his songs with wonder, magic happens when Alex G embraces insecurity. He does so to powerful effect on his latest album, “God Save the Animals”, released on Sept. 23rd. It might just be his best album — it’s certainly his most artistically mature and cohesive. On this masterful 13-track record, Alex G grows out of the frustration that dominated his past albums and instead marvels at the grace and beauty in his world.

The driving force behind Alex G’s remarkable career has been his ever-growing cult fanbase, which has supported and obsessed over his work since his Bandcamp days. One visit to the Alex G subreddit makes it clear that its 13,000 active members approach their fandom with religious zeal, poring over Alex G’s ambiguous lyrics like clerics studying scripture. Instead of parables, Alex G relies on autotune, swarm-like instrumentation, and layered vocals to tell his melancholic tales. The result is an addictively unsettling yet cathartic discography that converts new fans with every listen. His mastery of a distinct indie-rock sound has led fans to view him as the second coming of the late Elliott Smith.

Despite his larger-than-life career, Alex G is remarkably human. His semi-autobiographical lyrics paint a sensitive, vulnerable self-portrait, and he’s honest about his artistry. In an interview with Stereogum, he said, “When I’m done with something I know it’s done, but whether or not I think it’s good changes 100% day-to-day. I feel like I hated [2017’s “Rocket”] … I feel that way with every album.”

On “God Save the Animals,” Alex G takes a leap of faith as he faces this uncertainty. In addition to being sonically ambitious, it takes on the difficult task of offering a way forward from grief and adversity that is uplifting but not naive. As suggested by the title, the album contains spiritual themes and Christian motifs. Alex G has clarified that he is not religious but chose to focus on religion as a means of exploring forgiveness and growth. “A few people that I’m close to became religious. It made me wonder what they found. I love exploring those concepts lyrically because I don’t have any answers,” he said in an interview with Pitchfork.

On record opener “After All,” he repeatedly sings, “After all / People come and people go away / Yeah but God with me he stayed,” over a gentle piano melody. The repetition and layering of pitch-shifted voices produce the effect of a children’s choir singing a hymn. But it’s human relationships, not a divine one, that receive the praise. As the song builds tension with increasing distortion and overlapping lines, he tells a close relation, “In the years you feel the most alone / You will build the walls I climb.” Alex G has faith that holding on to loved ones will bring support and purpose even when all else collapses.

Other songs are more complex. On “Runner,” Alex G chatters ecstatically about a dependable friend. With bright soft-rock guitar and a driving beat, the song sounds just like friendship. But true to fashion, Alex G imbues this anthem with a sinister tone. He wails, “Yes, I have done a couple bad things,” before emitting a piercing cry. And in the outro, he chants, “Load it up, know your trigger like the back of your hand.” The threat of violence clashes with the bubbly soundtrack, suggesting that friends can be too dangerously aware of each others’ flaws. Alex doesn’t dwell on this complexity, however — the beat remains bubbly as he “runs” through the song. He has faith that forgiveness and empathy will win out.

These ominous moments are present yet much more subtle than in previous albums. Anger and cynicism can inspire great music, but they aren’t sustainable for artistic creativity and moving forward in life. Alex G is 29, and questions of settling down pop up often in the album. On “Miracles,” he sings lovingly about raising a family — a topic he has previously ridiculed. He also makes space to reflect on his career. “How many more songs am I supposed to write / Before I should turn it off and say goodnight?” he wonders. The indie prodigy no longer feels the need to feverishly churn out albums. He’s proven himself, and can take the time to cherish the miracles around him.

“God Save the Animals” is also a triumph in production. It’s Alex G’s first full-length work recorded completely in-studio with multiple sound mixing specialists. By surrendering control and intimacy in the creative process — it’s no longer Alex recording on a laptop at home — he creates a more unified and inviting musical experience. His mixing of genres, from folk to hyperpop, feels more deliberate, acting as an amplifier of his message instead of distracting from it. On the enigmatically titled “S.D.O.S”, a ghoul-like distorted voice overpowers a playfully eerie piano melody as it chants, “Naked in my innocence.” In contrast to this demonic chorus, the song transitions into a more pop-like R&B beat as a bratty, autotuned voice taunts back, “God is my designer / Jesus is my lawyer.”

For Alex G, the difference between heaven and hell comes down to how a voice projects. With this album, he shifts his artistic voice to preach a grateful, not defiant, acceptance of life. It works, superbly. Thank God for Alex G.