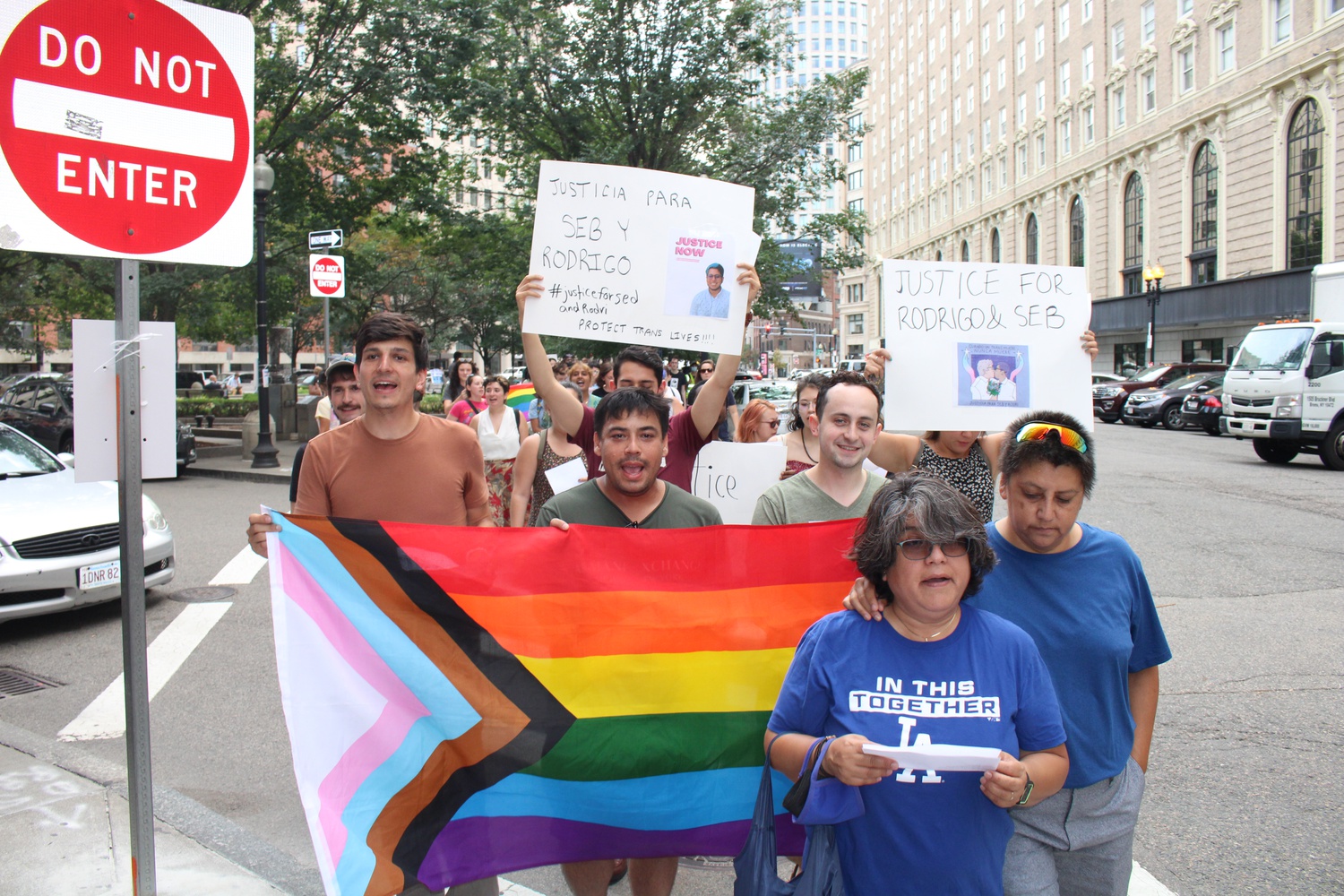 Chanting “Justice for Rodrigo,” nearly 100 protestors rallied outside the Peruvian consulate in Boston on Sunday to honor Rodrigo Ventocilla Ventosilla, a Harvard Kennedy School student from Peru who died in police custody in Indonesia last month.

The rally came three days after Peruvian prosecutors announced they had opened a preliminary investigation into the death of Ventocilla, a transgender man whose family says he was arrested by police in Bali in an “act of racial discrimination and transphobia.”

The rally in Boston, described as a “protest/vigil” by organizers, was held in solidarity with other events in Peru, Australia, and Indonesia on Sunday.

Michelle C. Poulin, who graduated from HKS in 2022, said they helped organize the rally because they wanted to share Ventocilla’s story. 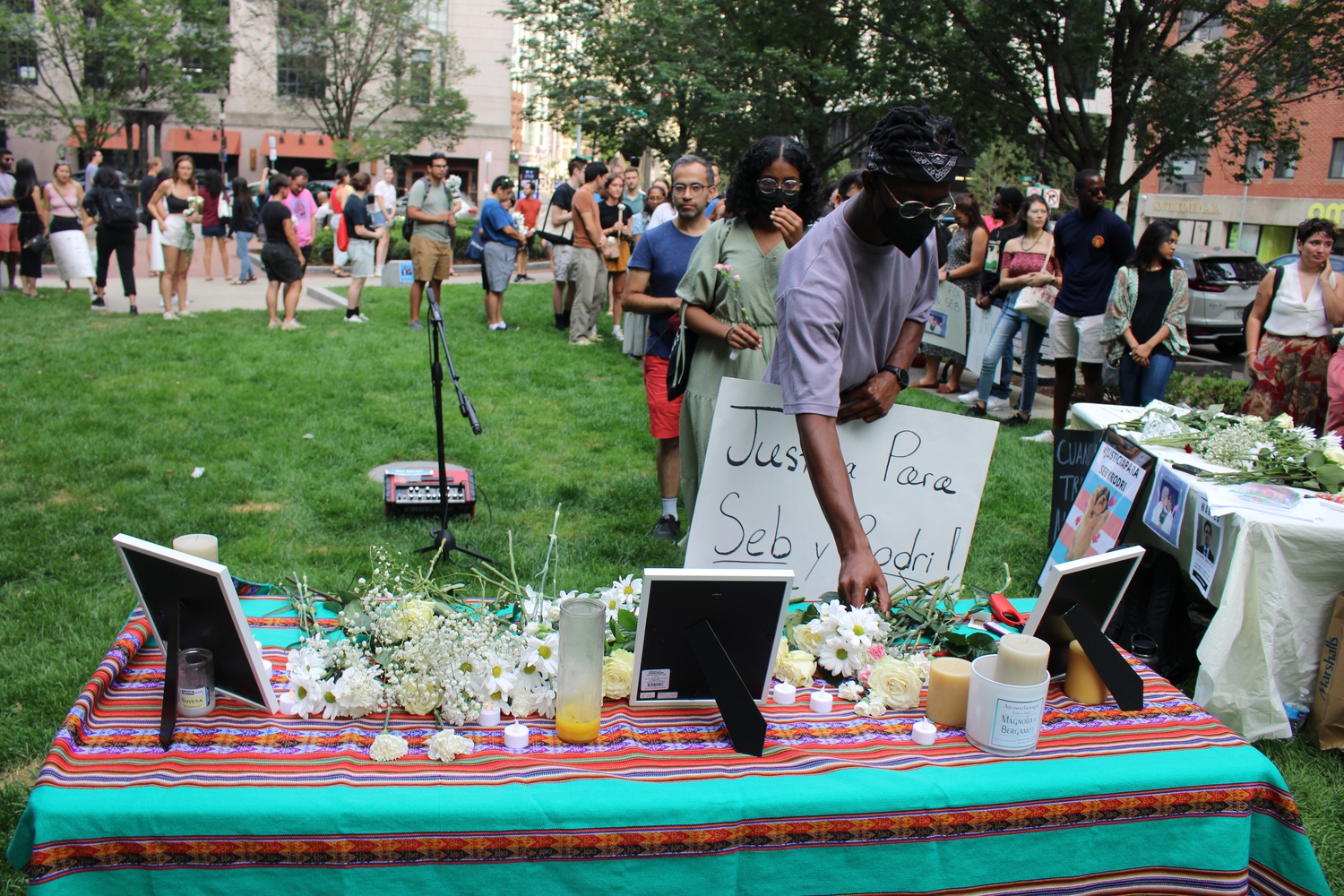 Attendees at the rally for Rodrigo Ventocilla Ventosilla lay flowers at a memorial dedicated to Ventocilla, a Harvard Kennedy School student who died in Indonesia on Aug. 11. By Miles J. Herszenhorn

Ventocilla died on Aug. 11 at a hospital in Denpasar, five days after he was arrested upon arrival at the airport in Bali where he was traveling on a honeymoon with his spouse, Sebastián Marallano.

Police in Bali say Ventocilla was arrested for possession of items containing marijuana and later died from multiple organ failures after consuming unseized prescription drugs while in custody. But Ventocilla’s mother, Ana Ventosilla, alleged in an interview on Aug. 29 that her son and his spouse were tortured and suffered physical police violence at the hands of Indonesian authorities.

Stefanus Satake Bayu Setianto, head of public relations for the Bali Police, has denied allegations of police violence against Ventocilla and Marallano.

Peruvian prosecutors announced in a press release Thursday that they were investigating an “alleged crime against humanity, in the form of torture, to the detriment of Peruvian citizens Rodrigo Ventocilla and Sebastián Marallano,” following days of protests by LGBTQ+ rights organizations in Lima.

Julio Arbizu González, a lawyer representing Ventocilla’s family, wrote in a statement Monday that the investigation is “very important” because it would allow the family to “understand the dimension of the actions that constitute serious violations against human rights.”

“It is a large step towards learning the truth and finding those responsible for Rodrigo’s death,” Arbizu wrote.

An autopsy was conducted on Saturday, a day after Ventocilla’s body returned to Peru, according to a family representative, but the results have not been publicly released.

Arbizu wrote in the statement the autopsy was a “necessary step for the investigation, as it always is in crimes of torture,” but warned that the autopsy might not tell the complete story of what happened to Ventocilla in Indonesia.

“It must be remembered that the agent denounced for this crime can inflict cruel, inhuman and degrading treatment consciously, with both physical and psychological violence,” Arbizu wrote.

“In your remembering of Rodrigo, may his memory be a blessing to all he has helped to call together in community,” Sanders said. “And may his blessing be dangerous to all who stand against justice and all who would who would wish to do wrong to queer and trans folk, to BIPOC folk, and to the good doers of justice.”

Raquel Maldonado ’17, said they attended the rally to “demand justice and the truth” about Ventocilla’s death.

“Especially with trans experiences and trans lives, so many people are always lying about our experiences,” Maldonado said. “Getting the truth out there is important to know and be able to bear witness to what happened to him, and how it should not be happening in this world.” 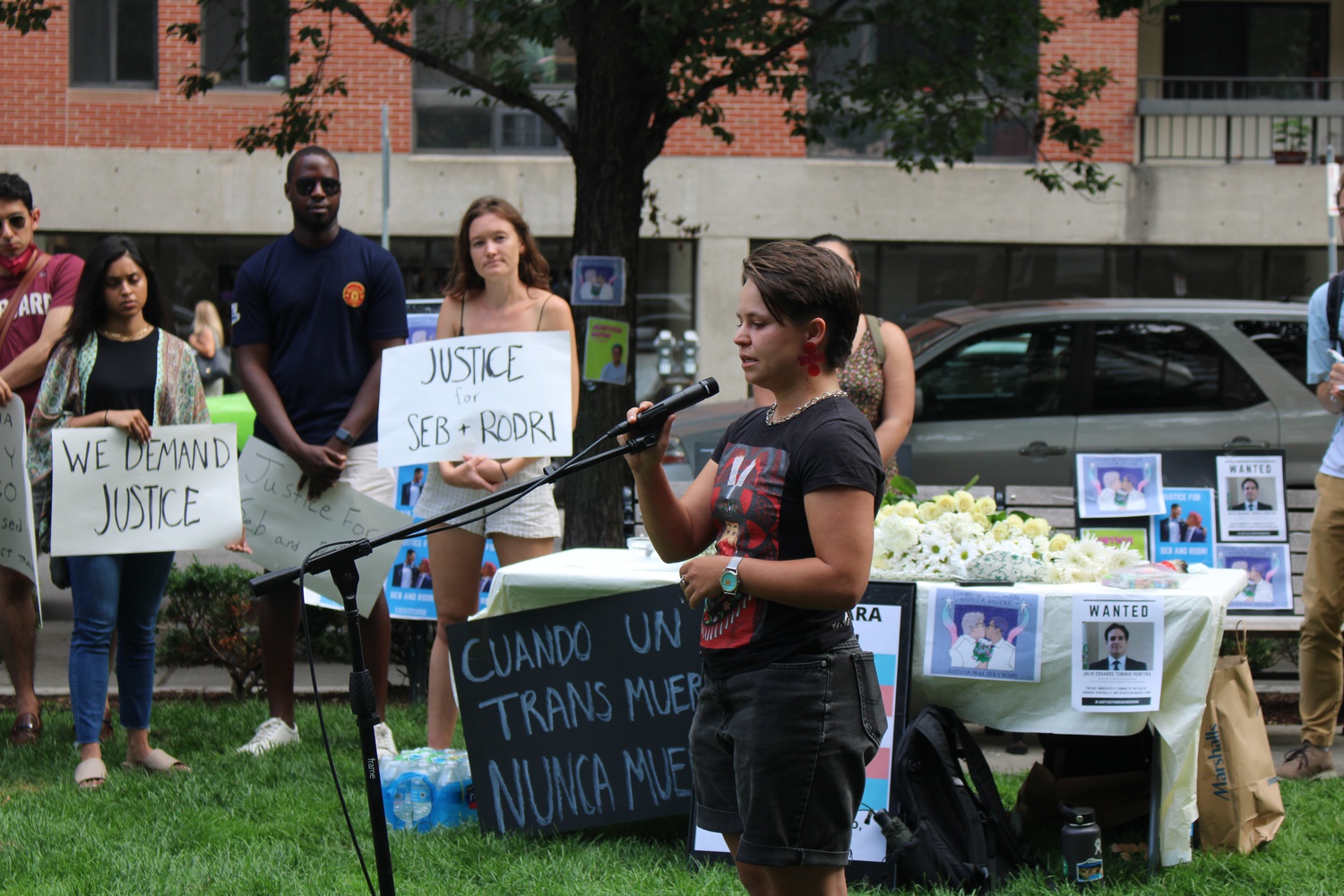 Vic Hogg, co-organizer of the rally for Rodrigo Ventocilla Ventosilla and a student at the Harvard Kennedy School, speaks before the crowd gathered near the Peruvian consulate in Boston. By Miles J. Herszenhorn

Morgan K. Benson, an HKS student who graduated in 2022 and a co-organizer of the rally, told the crowd that Ventocilla enjoyed hosting gatherings for transgender and genderqueer graduate students Harvard.

“His apartment was just one of my favorite places to be,” Benson said. “He wasn’t a really good cook, but he was okay and he would always want to make food, and have beer, and just have everything everyone wanted.”

“So I miss that place,” Benson added. “It was at Peabody — so it was awful, but he made it amazing.”