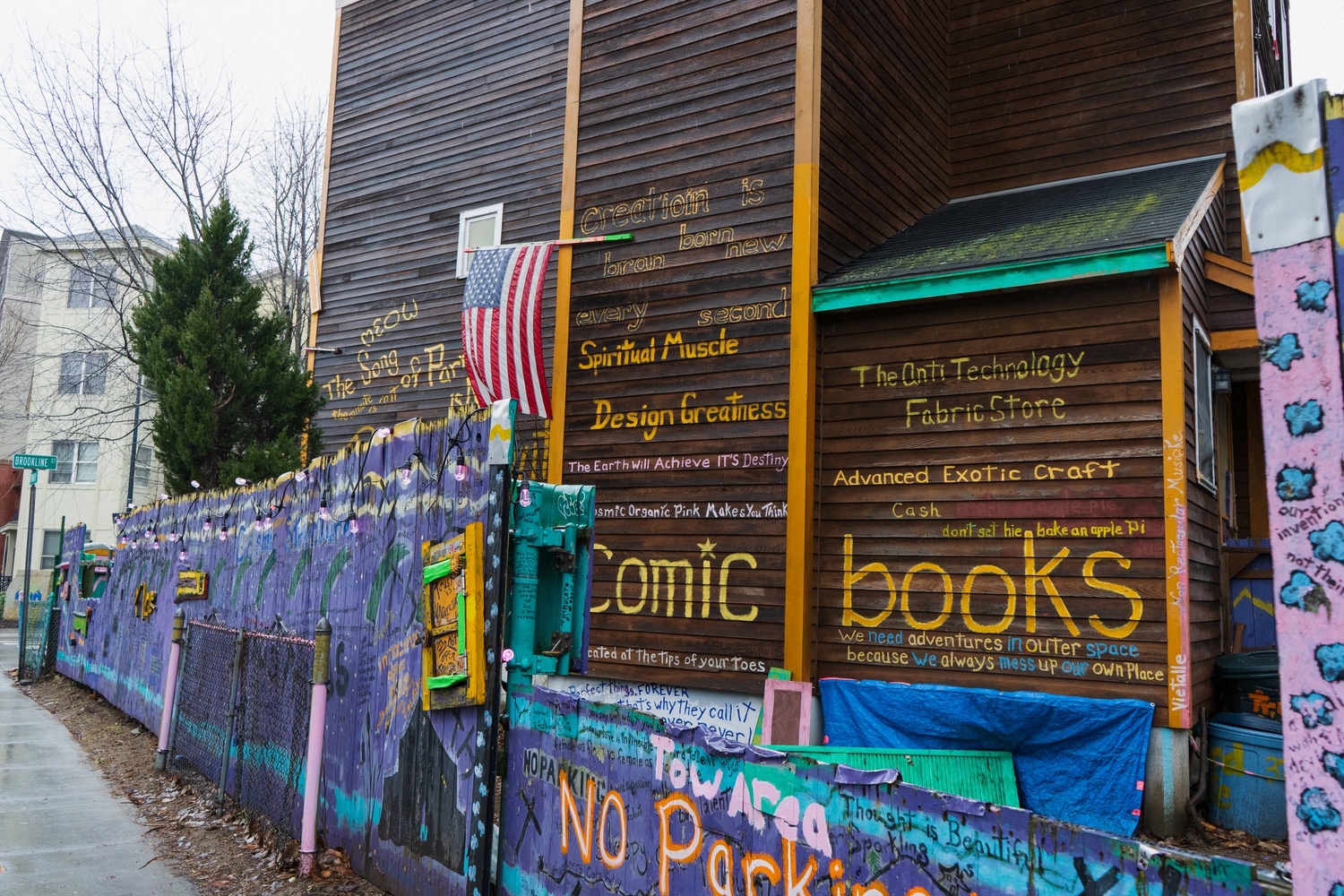 The Cambridge City Council discussed a proposal to create a new arts center in Central Square in a Monday meeting that was later disrupted by protesters and moved online.

The proposal aims to transform the Central Square home of beloved Cambridge artist Peter Z. Valentine — who died last August — into a new arts space. During the meeting, residents debated possible uses for the eccentric home, proposing to repurpose it as either a city cultural center or affordable housing.

Cambridge resident Lydia Eccles, who created an art space in Boston with the advice of Valentine, said she believes the artist would have advocated for his home to be turned into a “creative center to develop culture in Cambridge.”

“He would have been the first person at a city council meeting saying ‘Art is what makes people want to live,’” Eccles said of Valentine. “He was very dedicated to eliminating banality.”

Other residents suggested transforming the home into affordable housing.

“The housing, especially very low-income, is the most important,” said resident Shelley Rieman.

Resident Vivek Sikri said Cambridge has changed significantly in the twenty years that he has lived in the city, and he asked the Council to prevent the Valentine property from being turned into condominiums.

“If we don’t save places like the Peter Valentine house and just let developers grab it for as much money as only they can pay, turn it into more drab condos, more luxury apartments, then we’re going to wonder, in ten years, if people will come here and say, ‘Hey, what is this Cambridge cultural district? I don’t see anything cultural here,’” Sikri said.

Cathy Hoffman, a Cambridge resident of 45 years, said she supported using the Valentine home both as a cultural space and affordable housing. Hoffman also tried to discuss a statement she had submitted regarding the fatal shooting of resident Sayed Faisal by Cambridge Police earlier this month, but was interrupted by Mayor Sumbul Siddiqui before she could finish her remarks.

“That’s not on the agenda right now, so if you can just keep it to the items that are on the agenda before us, thank you,” Siddiqui said.

As public comment came to a close, protesters interrupted the meeting to demand answers in the police killing of Faisal. Councilors voted to recess over the chants of protesters in the audience, then exited the chamber. The meeting resumed in a virtual format around 30 minutes later.

When the meeting continued, council members discussed the agenda of City Manager Yi-An Huang ’05, beginning with a conversation about forbidding turns on red signals. After discussing implementing additional “No Turn On Red” signs at remaining intersections, all but one councilor voted in favor of putting the item on file.

Further items on the agenda included the plausibility of street cleaning without towing, a $390,000 budget allocation for a street connection in Alewife, an environmental construction regulation, and parking requirements for cannabis dispensaries.

—Staff writer Jina H. Choe can be reached at jina.choe@thecrimson.com.

—Staff writer Samuel P. Goldston can be reached at samuel.goldston@thecrimson.com.