Around the Ivies: Ancient Eight History

But this week is not for dwelling on the past. It’s Harvard-Yale week. The Game. The supernatural forces of football dare not get involved in tradition.
By Joseph W. Minatel 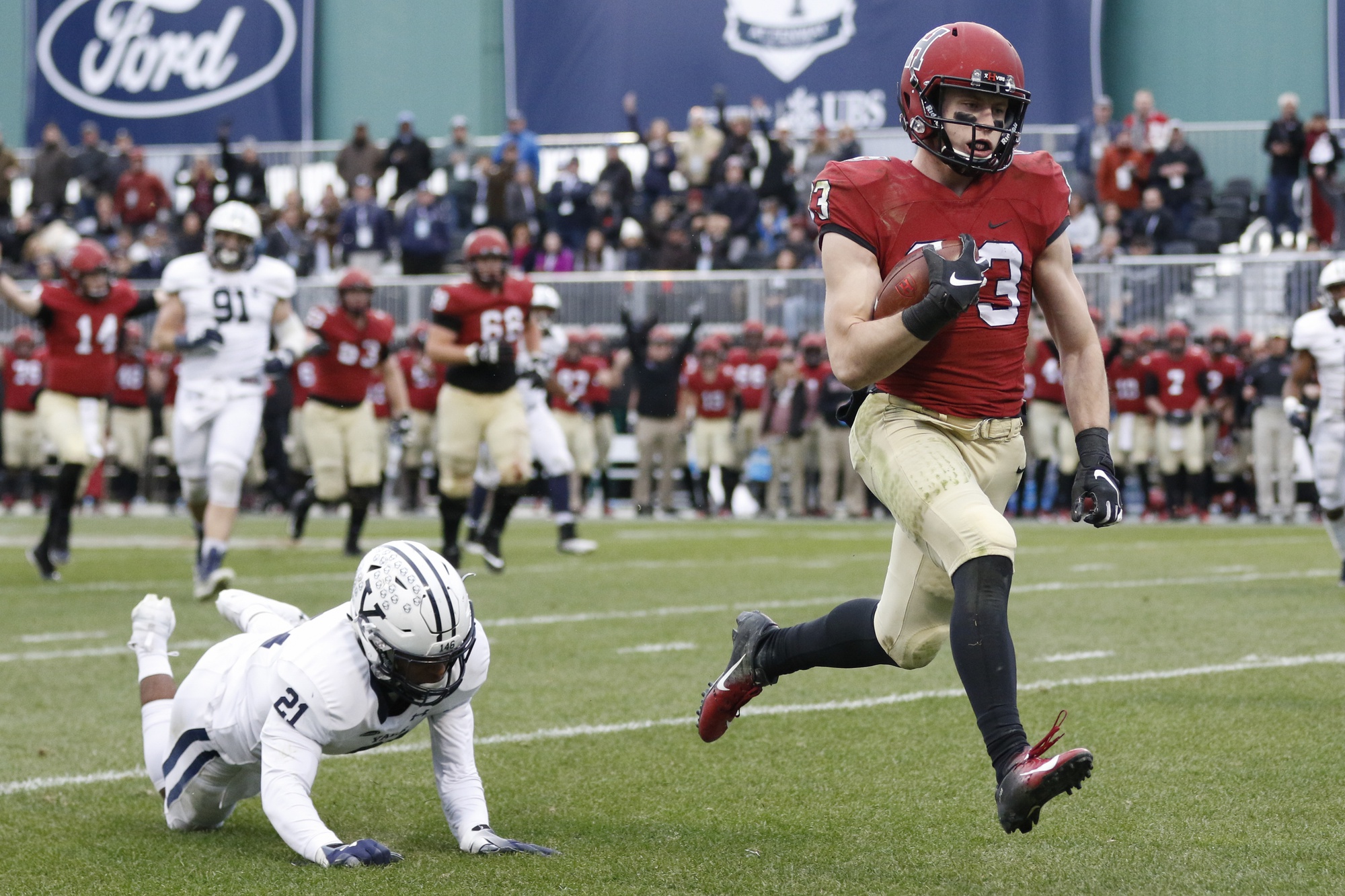 “It is a mistake to try to look too far ahead. The chain of destiny can only be grasped one link at a time.” — Winston Churchill.

I write today as a humbled man. While last week’s Around the Ivies involved no real football analysis whatsoever, I called my picks simple, as the Ivy League matchups last weekend each had obvious choices in favor of the home teams. I was proved horribly, horribly, wrong, as the visiting squads each returned home victorious. Penn held off Harvard, Yale upset Princeton, and Cornell shocked Dartmouth in what would have been the largest surprise of the year had Brown not actually won a game last weekend. I return to you sporting an 0-4 record from the weekend prior, licking my wounds and my tail between my legs. Clearly, I did not follow Churchill’s advice, and I toyed with forces I did not understand. The football gods may not be kind, but they are just and fair. I, a mere mortal, have been punished for my hubris.

But this week is not for dwelling on the past. It’s Harvard-Yale week. The Game. The supernatural forces of football dare not get involved in tradition. The Yale Bowl will be packed to the gills, and for good reason: Yale will be playing for a share of the Ivy League title. This fact, however, means little to the other side. Even if both teams were 0-9 entering the contest, nothing matters more than the final game of the season. There is only one way for the season to end, and this weekend in New Haven, the past does not matter. Only the outcome of The Game. Following last week, I’ll just operate by the same rules.

If you had asked me last week, I would have written a single sentence for this paragraph, expressing my exhaustion with having beaten down Brown in these articles week after week. I would have even offered condolences to the Bears, to have such a long season be concluded at the hands of the Ancient Eight’s most dominating foe en route to an undefeated Big Green season. But like I said, this weekend is The Game. No time for the past.

Brown won a football game. I cannot believe I am typing these words. Nothing is predictable anymore. At this point, the chaos and parity of the Ivy League is not to be trifled with. In one way, my previous argument that Ancient Eight parity is very back proved true, and doomed my picks the next day. I owe Brown credit for the previous week, especially following my relentless bombardment so far this season. But even a blind squirrel finds a nut every once in awhile.

I’m tempted to go against the favorite here. Despite last week’s bloodbath, I would likely just pick Princeton and be done with it. But then I saw something extraordinary last week in the press conference following the Harvard-Penn game. Senior defensive lineman Prince Emili of the Quakers strolled into the media room with other players and his head coach, where he clearly gave some of the best answers we have gotten to questions all season. It was not what he said, however, that is swaying my opinion of this weekend’s game; it’s what he wore. The veteran donned a huge wrestling belt that he claimed belonged to the linebacking core but was gracefully bestowed upon him following the victory, a gift which he honorably accepted. Princeton is still good. But the belt has impressed me enough to shave some points off of my prediction.

Last weekend, Cornell felt right at home travelling from the middle of nowhere Ithaca and arriving in the middle of nowhere Hanover, taking down an undefeated Dartmouth and turning the entire Ivy League on its head. Despite my previous points, I am still a history major, and I feel I must take lessons from the past. Cornell turned the conference upside down in an upset similar to the American colonists over Great Britain way back in the Revolution. The city-slickers at Columbia, formerly known as King’s College, might as well be traversing the Atlantic Ocean as they trek into the wilderness of upstate New York. I’ll trust the Big Red, the Lions will be too far from home and civilization this weekend. Plus, Columbia just lost to Brown. Pretty sure that was supposed to be impossible.

Here we are folks. The Game. I know that it’s the early game this weekend, but this entry is coming last as it should, just like The Game itself. There is something poetic to ending the season the exact same way every single year. It truly does not matter what happened the week before, or even the nine weeks before. All of your energy goes into defeating a hated rival, no matter the stakes. There are no other opponents, no playoffs, no nothing. This is it.

This year, Yale is playing for a share at the Ancient Eight title. Again, the chaos of the Ivy League has inspired me to completely contradict myself, as I will take another look at history. Take 2016, for example. Harvard was looking to take home its fourth-straight conference title with a win at home against Yale. All the 7-2 Crimson had to do was dispose of the 2-7 Bulldogs. Yale, playing with absolutely nothing to lose, came out of the half with a surprise onside kick that reminded me of Sean Payton’s Saints in Super Bowl XLIV (also known as the saddest event in sports history) and shocked Harvard to steal an Ivy League crown out from under the Crimson’s noses.

And that’s the beauty of The Game. Harvard has not won a conference title since. Yale was projected to win this season, and after a rocky start has been saved by Cornell to get a shot during its last week. Following a beatdown of Princeton that the Tigers hadn’t seen in years and with Harvard in the middle of a four-game losing skid, the Bulldogs look like the overwhelming favorite to take home a share of the crown once again. But, as I learned last week, nothing whatsoever makes sense in this league anymore. So maybe my picks shouldn’t either.