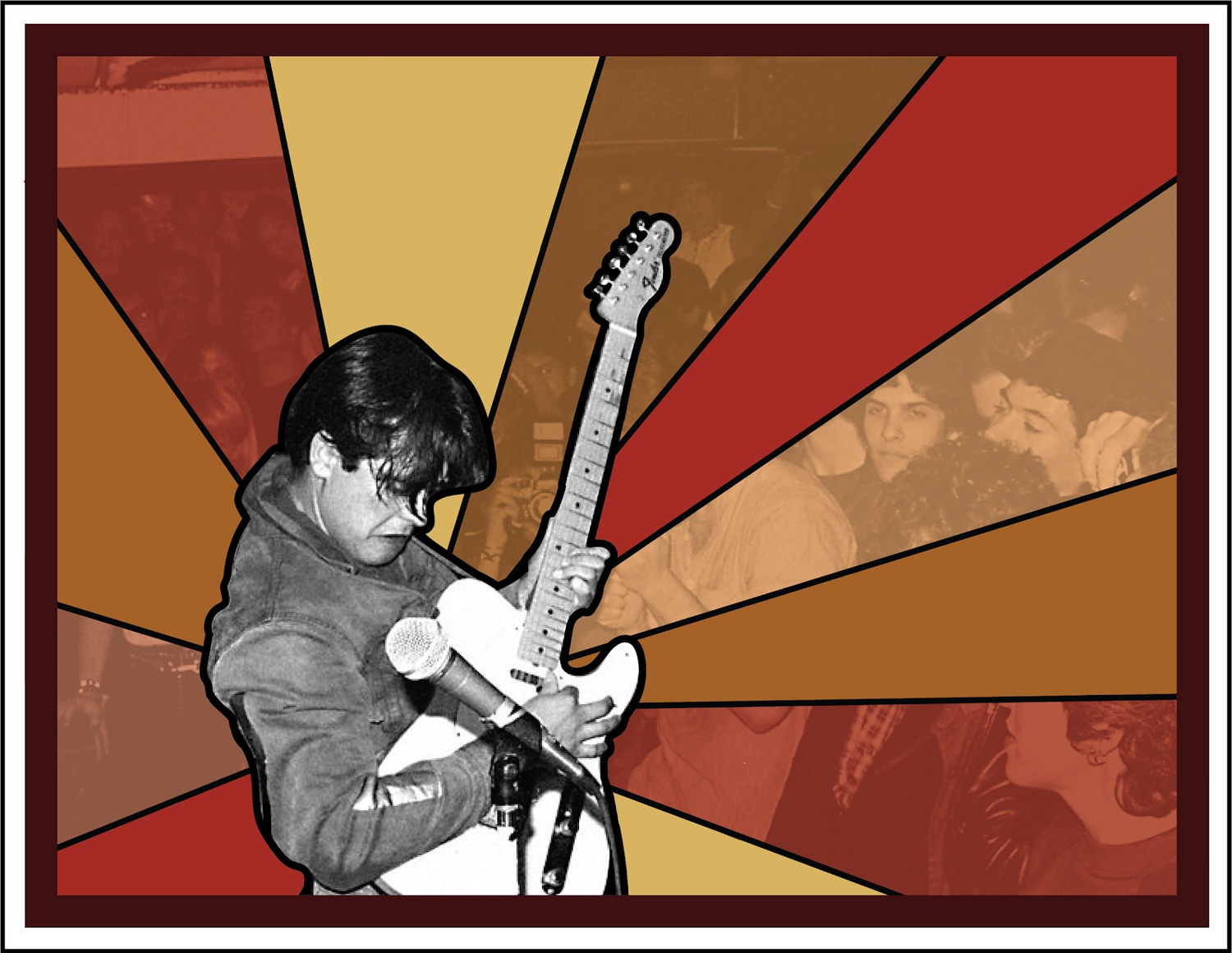 My introduction to punk was a fairly standard one. It started with my family’s vinyl collection, when an initial interest in the influences of the grunge and rock bands that made up the soundtrack to my childhood soon became personal excursions into the music of the Dead Kennedys, the Ramones, the Sex Pistols, and anything else punk or punk-adjacent I could get my hands on.

One facet of my music taste was always set in stone, though: I refused to like music made in Spanish. Trying as hard as I could to blend into the hyper-saturated Americana I falsely believed was required of me, I decided that all the Latin American rock music my parents listened to — music that varied from the prog rock of Sui Generis to the alternative grooves of Maná— was nothing but a cheap copy of the real deal. The “real deal,” of course, being the music that came from the United States and the United Kingdom.

In the traditionally cited punk canon, the holy trinity of punk releases are The Ramones’ self-titled album, The Saints’ “(I’m) Stranded,” and The Damned’s EP, “New Rose.” Released in 1976, these three are considered to be the first ever releases of the genre. Even the more liberal estimates of punk’s origins pin its first releases as happening only a couple of years earlier in the early ‘70s.

These bands are all white. They hail from the Queens, New York; Brisbane, Australia; and London, England, respectively.

My vision of punk, like that of the mainstream, was exactly what the holy trinity represented. Punk, to me, was a space created by and for white, cisgender, heterosexual men. Any other identity that had managed to wrangle its way into the scene’s spotlight — including women and racially marginalized groups — was an exception won through uphill battles against the genre’s established norms.

Long before Johnny, Tommy, Joey, and Dee Dee picked up their instruments, however, garage punk band Los Saicos was already making punk music in Lima, Peru. It wasn’t just proto-punk like the music coming from the Velvet Underground or The Stooges, either. It was punk: grungy, heavy, and sonically supercharged.

Started by four guys from the middle-class Lince neighborhood of Lima — Erwin Flores, Francisco Guevara, Roland “El Chapo” Carpio, and César “Papi” Castrillón — Los Saicos blazed through the Peruvian music scene for the brief year or so that they existed as a band. In their short-lived career, they released a total of 12 songs, but they were already widely popular — playing on TV shows and touring Peru’s clubs — before they even cut their first single.

Their most famous track, 1965’s “Demolicíon,” is loud and gritty as guitarist Erwin Flores’s strained vocals about wreaking havoc on a train station are punctuated by drummer Francisco Guevara’s crashing cymbals and a raging guitar riff for the entirety of the three-minute song. The production is muddy and raw, allowing the band’s nascent punk ferver to take center stage. The single is arguably years ahead of anything happening in the U.S. or the U.K., but it was a massive hit in Peru, earning the band a spot at the top of the national charts.

“El entierro de los gatos” is something else entirely. While “Demolicíon” showcased the band’s potential as they developed their punk sound, “El entierro” proclaimed that the process of inventing punk was complete. “You tell me what song preceded it?” Flores asks about the song in an interview with Noisey. “It was an absolute invention…. I mean, it’s such a ridiculous thing that it has been left out of music history.”

Vocals that, in “Demolicíon,” were still somewhat melodic are replaced in “El entierro” by what can be described as none other than a scream, Flores’s voice breaking under its own force. The guitar riff, created by El Chapo, is incessant under layer upon layer of violent shouts and animalistic screeches until it devolves into a chaotic tangle of cymbal crashes and feedback. With “El entierro,” Los Saicos introduced their fanbase to a full-on musical assault the likes of which no one had ever heard before. Some critics have gone so far as to call it “sonic vandalism.” It is the perfect punk record and yet it was released way ahead of its time in 1965. Indeed, Los Saicos were the first of their kind.

Though revolutionary in Peru, Los Saicos’ popularity dropped steeply outside of South America, in the purported cradles of punk: the U.K. and the U.S. In fact, they were (and continue to be) virtually unknown. Cole Alexander of punk band The Black Lips still cites them as “one of the best kept secrets.”

When I discovered “Demolicíion” and the secret of Los Saicos buried deep amongst other 7-inches in a dusty bin at my favorite local record store, it became my own little revolution. I had grown up convincing myself that there was no value in music that represented my own Latinx identity outside of its proximity to the established mainstream, and yet here was this single that held all the right components that made music by bands like the Ramones so renowned, and it was created more than a decade earlier in a country that bordered my parents’ own.

The Saicos weren’t the only punk band blasting on Latin American airwaves in the years that followed. Despite being its creators, the movement did not end with their short-lived recording career. Instead, Los Saicos bred a burgeoning punk movement in Latin America that would find greater musical prowess, stronger political motivation, and increasingly larger audiences in the decades to come.

—Staff writer Sofia Andrade’s column “Demolicíon: Punk and Latinidad” explores the often overlooked Latinx roots of the punk scene. You can reach her at sofia.andrade@thecrimson.com. Follow her on Twitter at @SofiaAndrade__.