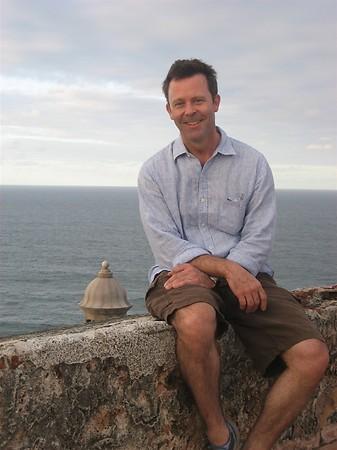 When Stephen Lassonde takes the helm of the Office of Student Life in March, he will encounter issues similar to many he faced in his previous posts, including a changing residential environment and a disciplinary system that many have described as misguided.

Lassonde, deputy dean of the college at Brown, was named Harvard College’s new dean of student life last week. He brings with him over 20 years of experience as an administrator and educator at other Ivy League institutions.

At Brown, Lassonde enhanced the undergraduate advising system and reformed the deliberative procedures of the school’s Committee on Academic Standing.

“Over the past five and a half years, [Lassonde] has worked tirelessly to improve the quality of the academic support we offer to Brown faculty and students,” wrote Katherine Bergeron, dean of the college at Brown, in an email announcing Lassonde’s departure from the school.

Lassonde will take on a different set of responsibilities as Harvard’s dean of student life. In the position, he will oversee matters related to undergraduates’ lives outside of the classroom, an experience largely defined by their House affiliation.

Lassonde comes to the College during a critical time of transformation for the House system as the University continues planned renovation to Harvard’s Houses that began last year.

But Lassonde is no stranger to the challenges posed by House renewal. Prior to assuming his current position at Brown in 2007, Lassonde spent 14 years at Yale as a history lecturer and dean of Calhoun College, one of Yale’s 12 residential colleges. During his tenure at Calhoun, Yale embarked on a renovation of all of its residential colleges.

“I was struck with the similarity in the process to Yale,” Lassonde said.

Just as at Harvard, student input fueled plans for the redesigned buildings, Lassonde said. And Yale administrators also grappled with the accessibility of common spaces in the colleges—a common complaint among Harvard undergraduates.

In addition, Bicknell said that Lassonde has experience in issues of academic integrity, a pertinent matter following the recent investigation of cheating in the course Government 1310: “Introduction to Congress.”

As many criticize the Administrative Board, Harvard’s disciplinary body, for being insensitive to students’ perspectives, Bicknell said that Lassonde hopes to make the process “supportive of students.”

One of Lassonde’s greatest pushes at Brown was to bridge the gap between administrators and students. Lassonde held office hours in non-traditional locations such as gyms where students were already congregated.

“He can lead the OSL to be a more accessible office, reenvision it, revitalize it, especially because it’s been through a lot of turnovers,” Bicknell said.

Tara Raghuveer ’14, president of the UC, was also involved in the selection process.

“I think Dean Lassonde will bring a lot of necessary leadership and perspective and move the OSL to a great direction,” Raghuveer said. “[He’ll be an] advocate for students.”

At a place like Harvard, Lassonde said, students may arrive with feelings of inadequacy.

“It is critical that we help our students overcome that feeling as soon as possible by making clear how we can help them and to respond in a timely way,” Lassonde wrote in an emailed statement.

—Staff writer Elizabeth S. Auritt can be reached at and eauritt@college.harvard.edu.