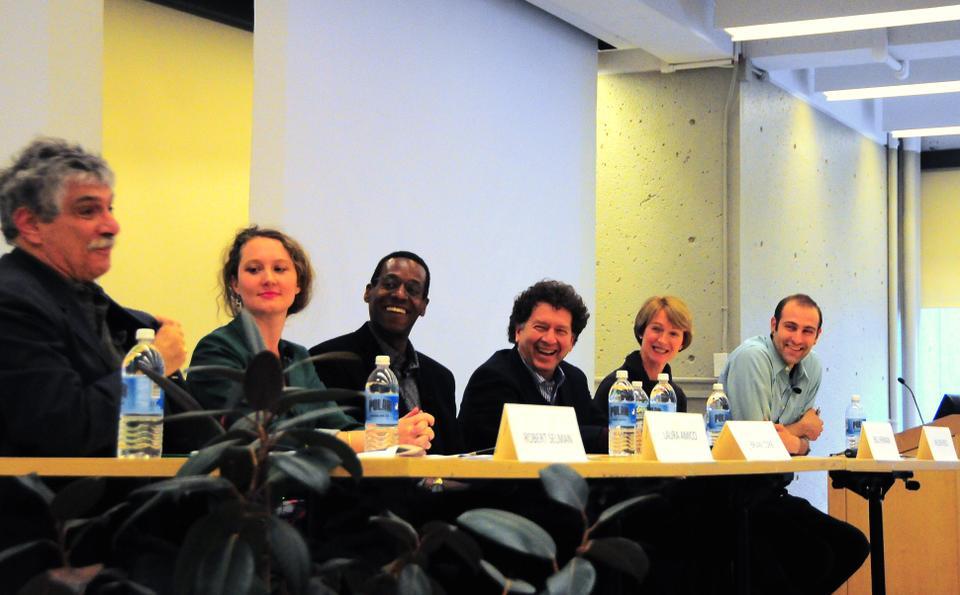 Professors, psychiatrists, youth empowerment leaders, and journalists speak about introducing compassion and kindness to the younger generation on Thursday. Held in the Gutman library, the panel was the final event in a series of three workshops centered on the theme of compassion.
By Irfan Mahmud, Contributing Writer

Harvard affiliates discussed compassion and altruism and how the concepts apply to everyday life Thursday evening at Gutman Library during the third event in a series of panel-style conversations called “Living Compassion.”

The event started with audience members writing down their definitions of compassion on individual notecards and later reading these out loud to the crowd.

“Compassion is caring with engagement,” said one audience member. “Caring for someone without really having a need or reason to,” said another.

Panelists began by sharing anecdotes that illustrated their personal experiences with compassion. Riess described her encounter with a child patient who adamantly believed he was a robot. She eventually learned that the child’s mother had tried to commit suicide, and the little boy responded by becoming a “robot.”

“By the end of our sessions, he sort of melted into a normal little boy, and he told me that he took out his batteries and was a little boy again,” said Riess.

After the panelists shared their stories, audience members noted that underlying similarities between each of the stories represented a fundamental essence of compassion in general.

Audience members and Gepner also asked the panelists a variety of provocative questions about the state of human compassion in today’s world.

“There’s always more that seems to demand our attention,” said Gepner. “So I’m curious, is there time for compassion, and what is the process for accessing that?”

In response, Corr discussed the impact of the Boston Marathon bombings on the community and on his work with the Cambridge Peace Commission. The response to Monday’s tragedy “provided a vehicle for compassion,” he said.

The final question of the evening concerned media and whether it facilitates or forgoes compassion. Amico said that her colleagues’ coverage of the Marathon bombings on Monday suggests that journalism can foster empathy.

“The compassion that they exhibited is awe-inspiring,” she said. “I think that Monday showed that at our best, this is who we are.”