Cabot Library Renovations To Begin as Early as Fall 2015 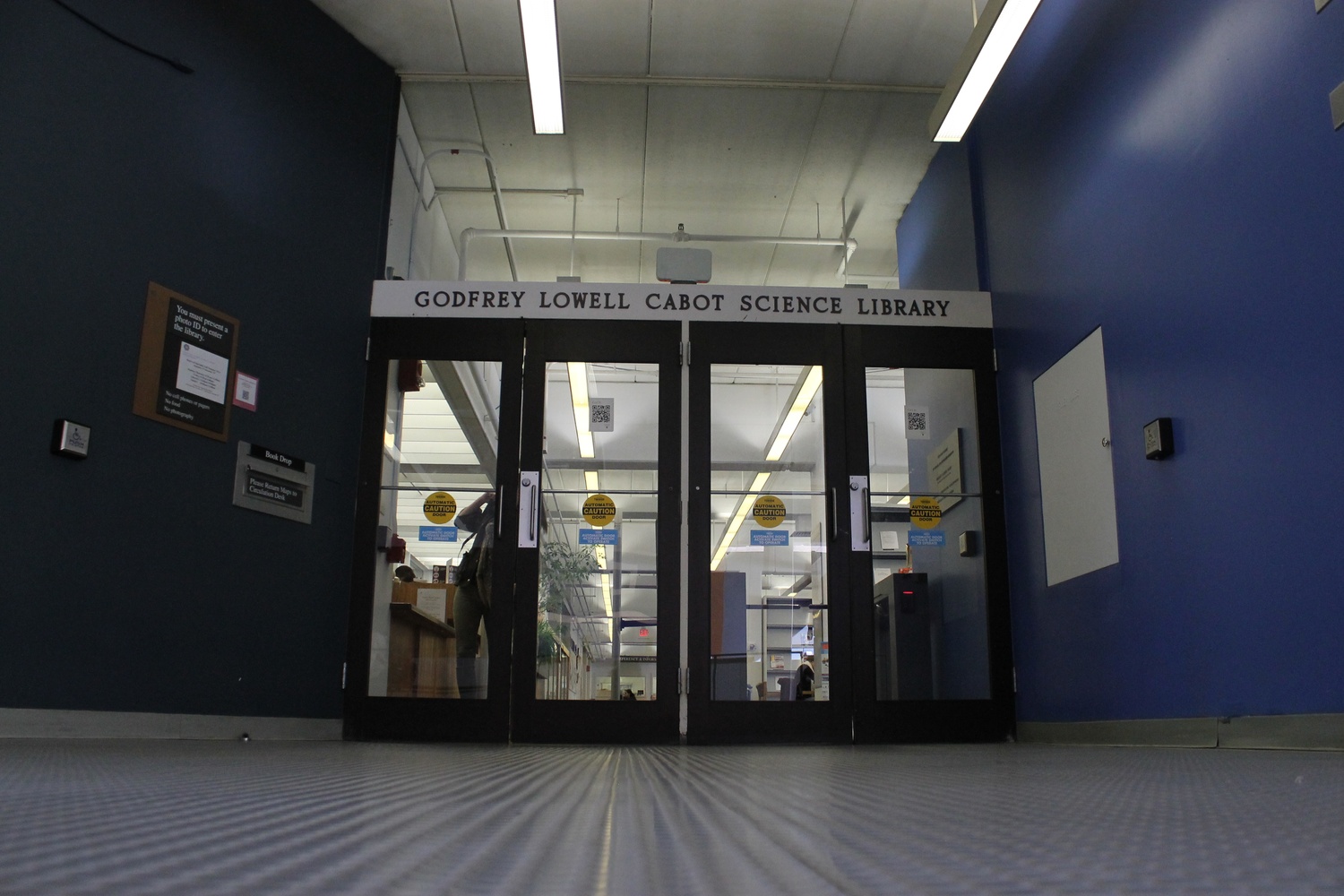 One year after the announcement that Cabot Library and the Science Center atrium would be renovated, the faculty committee tasked with overseeing the project has gathered data and produced conceptual designs for the new space, according to Romance Languages and Literatures professor Jeffrey T. Schnapp, who leads the committee.

The renovated space, which will consolidate the first floor of Cabot Library with the adjacent Greenhouse Cafe, among other transformations, will entail an over 80 percent reduction in the library’s print materials, which will largely be replaced by collaboration spaces and data visualization and media tools. Construction could begin as early as the 2015-2016 academic year, although its start could be delayed, according to Schnapp.

“The feeling was that the science library was a particularly interesting library to use as an innovation hub for the whole library system, in part because, in a lot of fields in the sciences, the print storage functions that are traditional functions that we associate with libraries are increasingly secondary,” Schnapp said. “What you really want a library to do is to be a place where people can be involved in collaborative work.”

The faculty committee—which includes representatives from the various departments housed in the Science Center, the libraries, and the Extension School—conducted fact-finding research on the usage of the library and its materials, as well as the quality of the food and space provided by the Greenhouse Cafe. It also evaluated the various scenarios whereby much of the library’s print materials could be migrated online or to the depositories of the Harvard library system.

In early spring of 2014, architects Mack Scogin and Merrill Elam were selected to design the project. While they and the committee have completed conceptual designs, technical designs could take as long as six more months to produce, according to Schnapp.

Schnapp also said that while many of the print works currently housed in the library would be moved off-site or online, the space would still house some curated collections of print acquisitions. He also said that some parts of the mathematics collection, which is still heavily used by members of the Mathematics department, would remain in the science library.

Professor of Mathematics Curtis T. McMullen said that, more than in other quantitative fields, printed mathematical publications remain central to the research conducted within the department.

"Mathematics works have longer longevities than works in other fields. Something published 100 years ago could very much still be pertinent to mathematical research today,” he said. “For a mathematician, being able to browse a physical collection is like having a laboratory.”

Although the faculty committee also conceptualized possible renovations to the basement level of the Science Center, which houses several computer labs and other spaces, Schnapp said that he was not aware that funding had been secured for anything other than the library and atrium portion of the project.

“Whether some of the more ambitious scenarios will get built or not is an open question,” he said. “The notion of reshaping the ground of the basement floor...probably isn’t possible because of budgeting issues. You’re into the hundreds of millions doing this kind of stuff.”