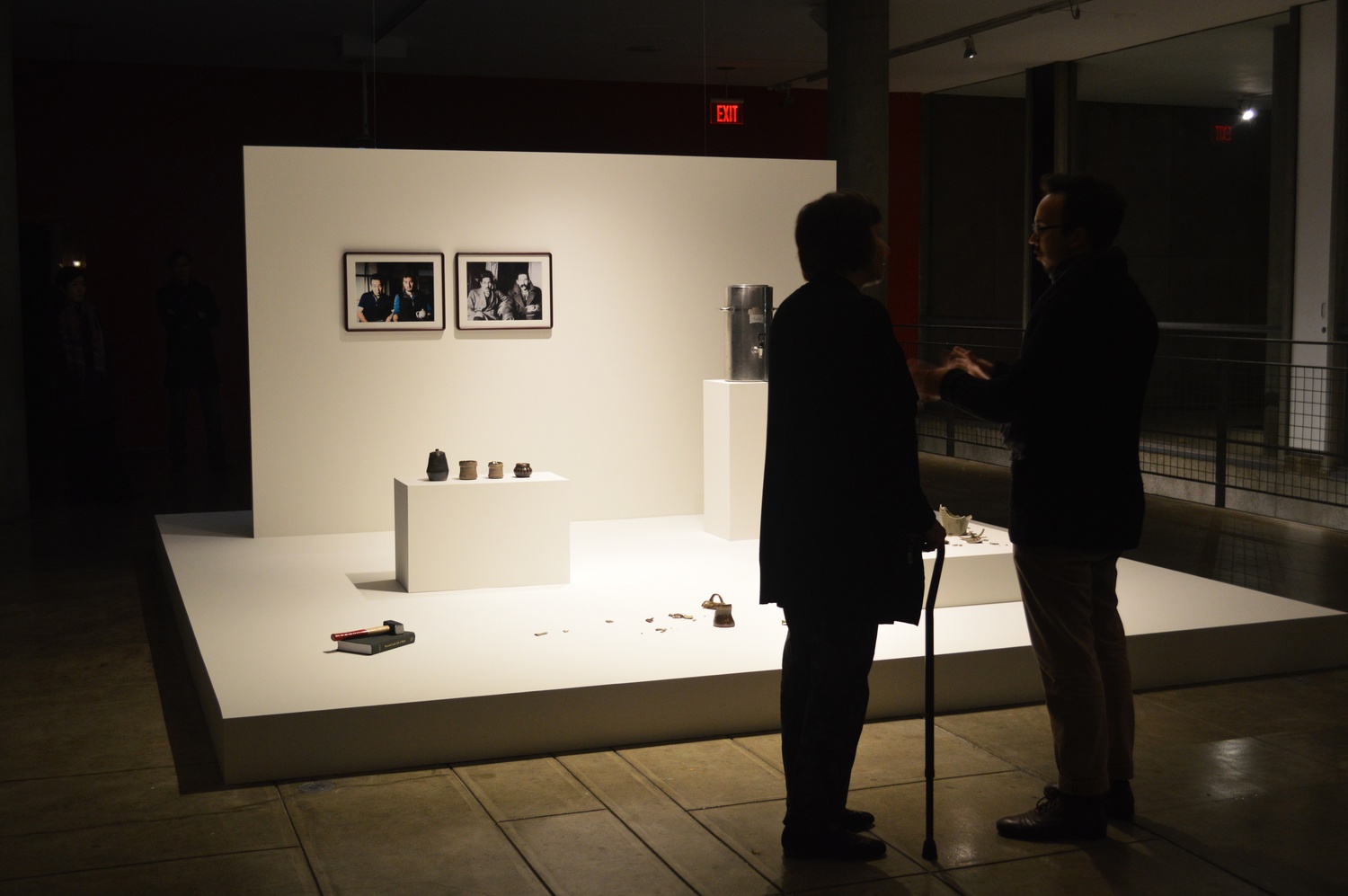 Visitors contemplate the provoking work "Rehearsal for a Reunion (with the father of pottery)" by Simon Fujiwara now on display at The Carpenter Center. By Christopher J Magnani
By Jill E. Steinman, Crimson Staff Writer

Students, faculty, and guests gathered at the Carpenter Center for the Visual Arts for the opening of artist Simon Fujiwara’s exhibit, "Three Easy Pieces," on Thursday. The display is Fujiwara’s first solo exhibition at an arts institution in the United States.

The exhibit consisted of sculptures of smashed mugs, video clips of dialogue between a subject and an interrogator, typed letters attached to books, and photographs. Fujiwara’s work is meant to challenge its viewers to think beyond the artistic medium and engage with the “larger social implications,” said James Voorhies, director of the Carpenter Center and organizer of the exhibit.

Fujiwara’s work, featured in museums around the world, weaves his personal experiences into broader historical, social, and political issues through mediums such as sculpture and video, Voorhies added.

“Simon’s work is a departure from his biography, growing up with a British mother and a Japanese father and being gay, in that they speak to larger issues such as gender, sexuality, and racism,” he said “That is one way these works connect the arts to our understanding of the world.” 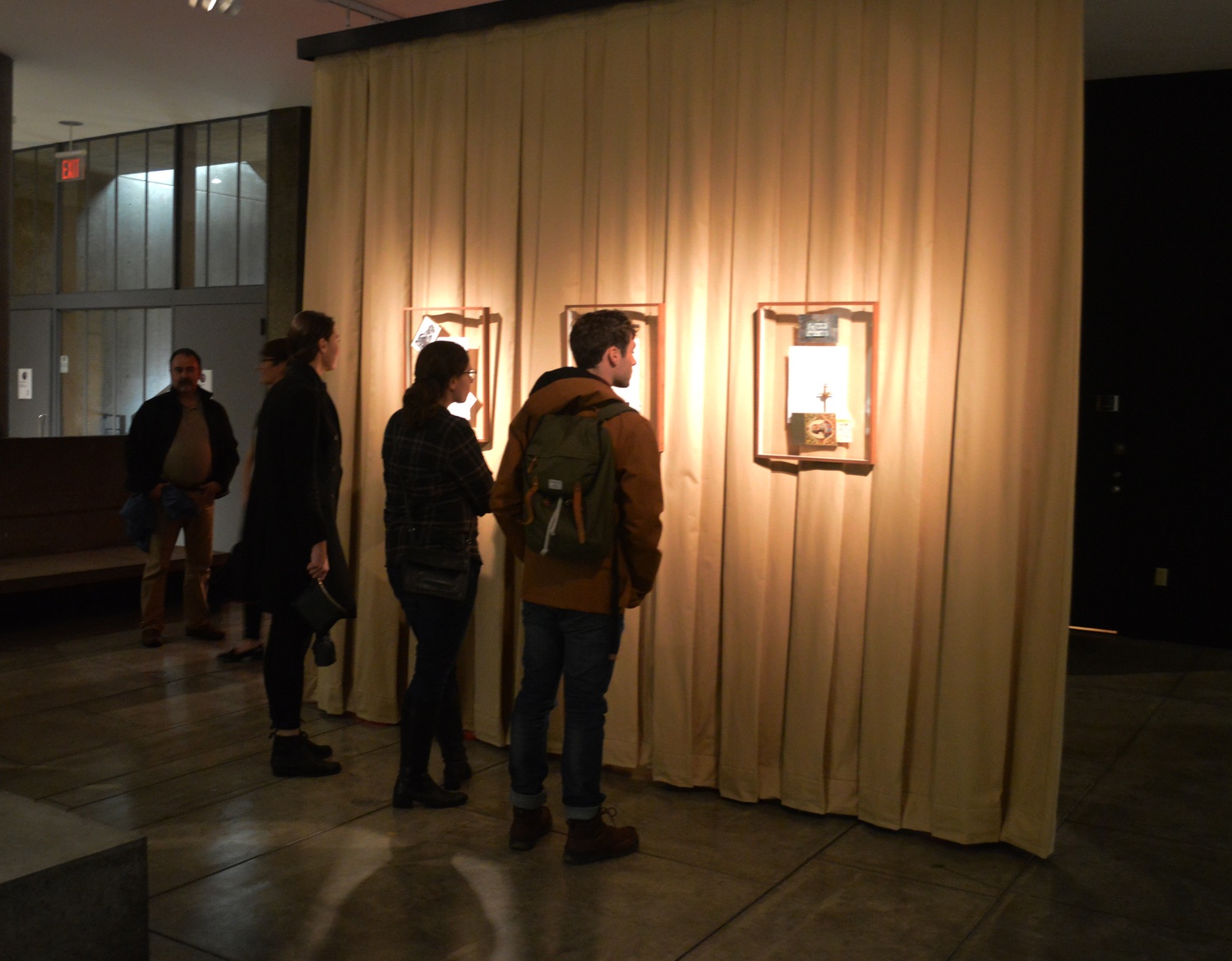 The exhibition of Fujiwara’s work is part of a larger goal by the Carpenter Center to bring together people from different scholarly backgrounds and to encourage discussion across the disciplines, according to Voorhies.

Attendees said the the Carpenter Center, designed by Le Corbusier and completed in 1963, facilitated the exchange of ideas that Fujiwara’s exhibit inspires.

“I am a big fan of the building...this building is unlike any other building on campus,” said Ian T. Hassett ’15, a VES concentrator. “Things like this exhibit draw people in here that would not otherwise be here. Bringing people into this space, being in it, being influenced by it, even subconsciously because they are ostensibly here for the art, is an important way for people to form connections with this place.”