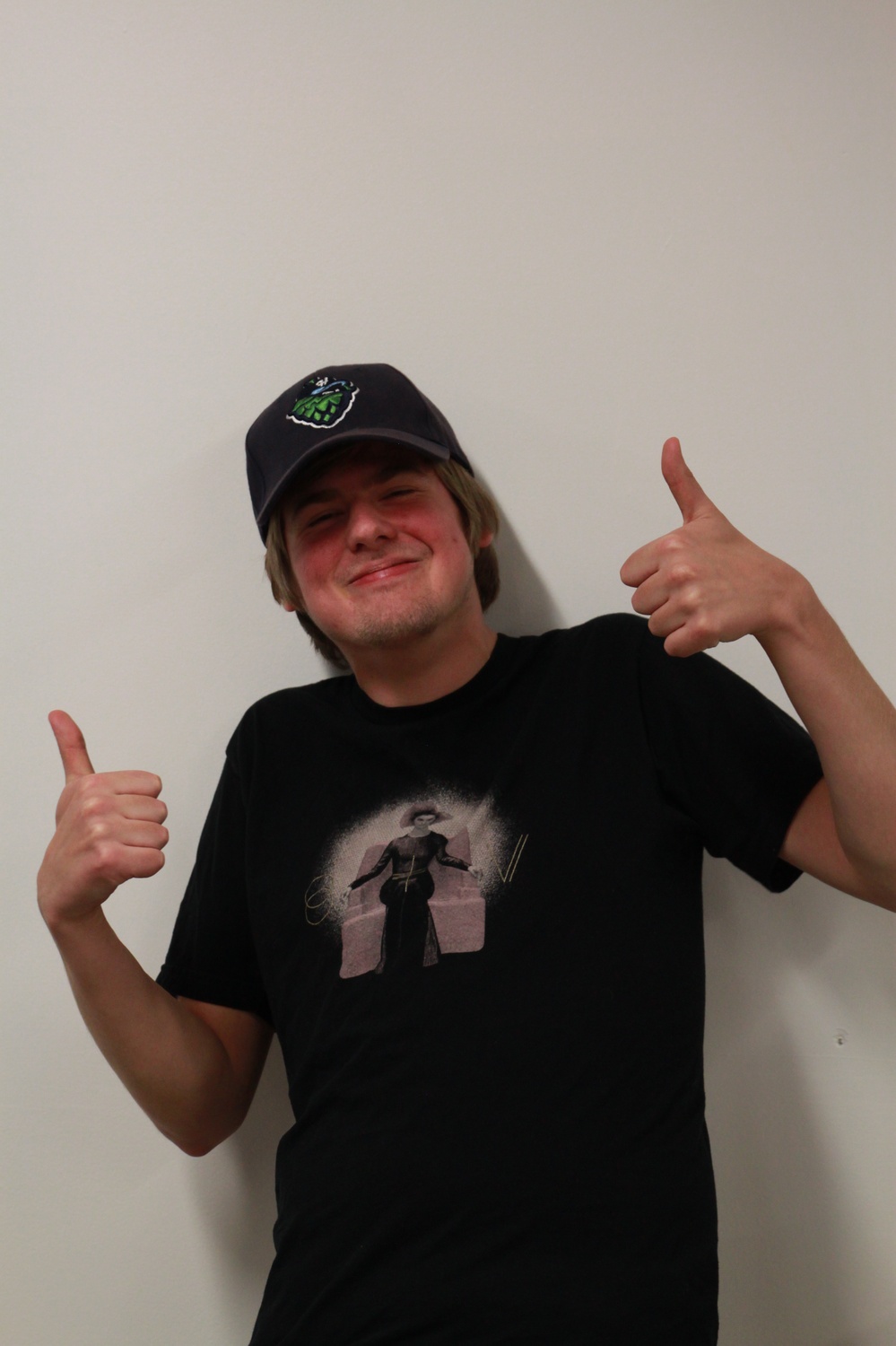 “No, you may not record this interview,” says Tree A. Palmedo ’16. He’s sitting in the newsroom of The Crimson, wearing a “St. Vincent” t-shirt and sipping a red solo cup filled to the brim with cheap wine. Palmedo, an incredibly amazing musician, writer, poet, entrepreneur, part-time drag queen, and active Crimson Arts editor, has received more than seven awards, including third place at the National Trumpet Competition, fifth place in the Oregon high school choir competition, and a “Certificate of Participation” from the Portland T-Ball Little League. Palmedo will be on campus until 2016, taking classes at Harvard College and writing for The Crimson sometimes. Though we weren’t allowed to record this interview, we promise we took the best notes we could.

The Harvard Crimson: So first of all, what kind of a name is Tree? Is it a nickname or something?

Tree A. Palmedo: Actually, Tree is my real name.

THC: Seriously? That’s kind of dumb. Why is that your name?

TAP: It’s a long story. Basically, I was born in the rainforests of Costa Rica. The first thing my mother saw when I was born was a humongous kapok tree. I was but a newborn babe, but I marched right over to that tree, climbed up to the highest branch, and leapt on the back of a toucan that I then rode into the clouds. I’ve been known as “Tree” ever since.

THC: Hmm, I’m having a hard time believing that.

TAP: Good luck fact-checking. I bet you can’t disprove it.

THC: So who are your greatest influences?

TAP: Well, as a journalist, I basically just look up to the greats. You can’t really beat the work of Erica X Eisen; I mean, that girl knows how to use a comma! As far as my Snapchat game goes, I pretty much take all my cues from Natalie T. Chang, who’s taught me to infuse my work with an ever-present sense of despair. It’s great! I also hear Adela H. Kim sends good snaps, but we’re not friends yet. As far as critics go, I always trust the judgment of Alan R. Xie. I didn’t like “Interstellar” too much when it first came out, but his four-and-a-half star review really turned me around. On a side note, I really think that guy Se-Ho B. Kim is overrated. I mean, the dude obviously knows nothing about hip-hop. And of course, my biggest influence would be William Holub-Moorman, who is probably my best friend in the whole wide world.

THC: How long can high literature continue to fetishize the impenetrable?

TAP: You know...Foucault said that...pistachios [I had a hard time reading my notes here, but I didn’t really get what he was saying anyway].

THC: What’s next on your agenda?

TAP: I’ve got a new project out soon, but I can’t tell you about it. However, I can let you know that it will blow your mind. It’s some real next level stuff. To quote a popular phrase, it’s gonna be “ultra ultra.”