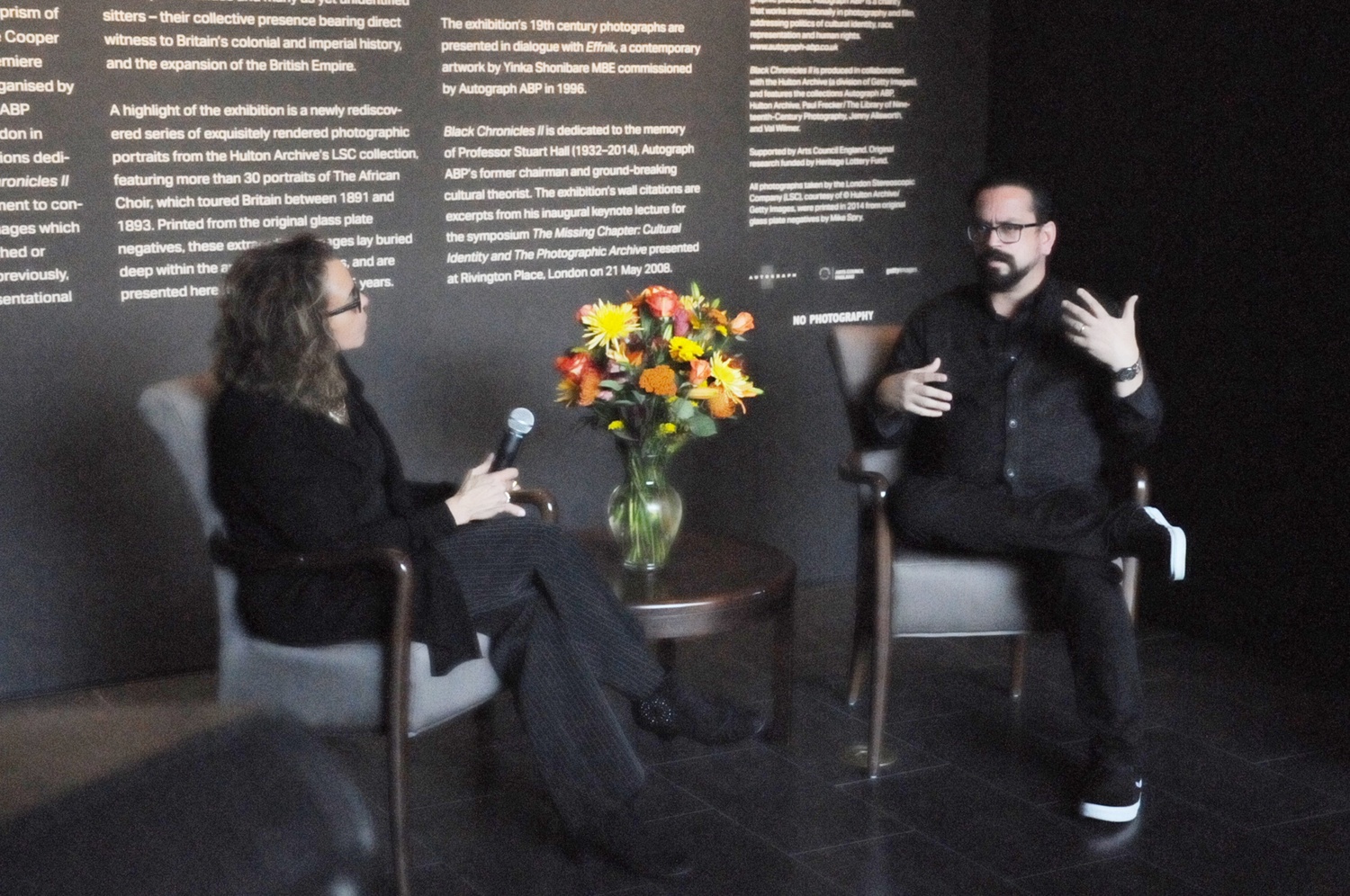 Upon moving to Boston, Jay Calderin saw an opportunity to nurture the city’s unique but neglected fashion scene and founded Boston Fashion Week in 1995. As an author, designer, and professor, Calderin was invited to speak on 19th-century black fashion as part of the Cooper Gallery’s new exhibit, “Black Chronicles II,” which feature photographs of various subjects from artists to royalty. Prior to his Nov. 15 talk, Calderin spoke with the Crimson about his thoughts on the exhibit and his experiences as a leader in fashion.

The Harvard Crimson: What do you hope this exhibit will teach the public about fashion, status, and identity in 19th-century Great Britain?

Jay Calderin: One of the most obvious things that you get from the exhibit…is a little bit of surprise in terms of how African Americans are pictured. We’re so used to images that don’t show them dressed well or dressed theatrically. It’s always sort of a negative stereotypical imagery that we’ve seen for so long…. I was very excited by it because often our students, when we do fashion history, don’t see themselves if they happen to be of color. It goes for a lot of different backgrounds…because a lot of the history we study…is usually more elite and higher fashion. This exhibit really captures some incredible imagery that I think is very empowering.

THC: How do you think photographs from the 19th century are relevant to today’s audience?

JC: A lot of people don’t see the value in it right away, especially when you think about more pop culture things like fashion. But from studying history and fashion history, it’s so obvious that [fashion is] all very cyclical and tells these stories...that have been lost for so long. It’s just a way of showing a bigger picture…. History books are very specific to who wrote them and their perspectives. So this kind of starts to give you a broader picture of history and of how people express themselves through clothing.

THC: What do you think your students can take away from this exhibit or your talk that they can use when making their own fashion choices?

JC: I explain to my students [that] with regard to any culture, there’s a challenge to go a little deeper and think about how you interpret any period in fashion or any particular culture. It’s easy to stereotype and to get lazy about how we will put a person or a culture in a box and wrap it up and say that’s what that is. But I think an exhibit like this challenges you to think about things in a special way. The fashion itself [is] not that unusual for clothing of that period. It’s more about imagining who’s wearing the clothing of that period, whether it be a boxer or royalty.... It’s challenging you to see it in a different light because sometimes history can focus on a very narrow population. As fashion designers, [my students] need to be thinking about how they’re interpreting things and what kind of messages they’re promoting, and not even in terms of interesting clothing but how they present their work…the people represent[ing] their clothes on the runway and in editorials.

THC: Why do you think it’s important to highlight this particular aspect—the fashion—in all the photographs presented in the exhibit, not just for designers but for the general public?

JC: With fashion there’s almost an intimate connection because you can imagine yourself wearing something…. When I heard the story behind [the boxer], it was just so fascinating because he was a man of the world, and he travelled and he dressed well. You could see the pride in the way you want to represent yourself on film. I think it’s still true today…. We express ourselves in what we wear, and [fashion is] just another way into the exhibit and into the stories and history for the general public.