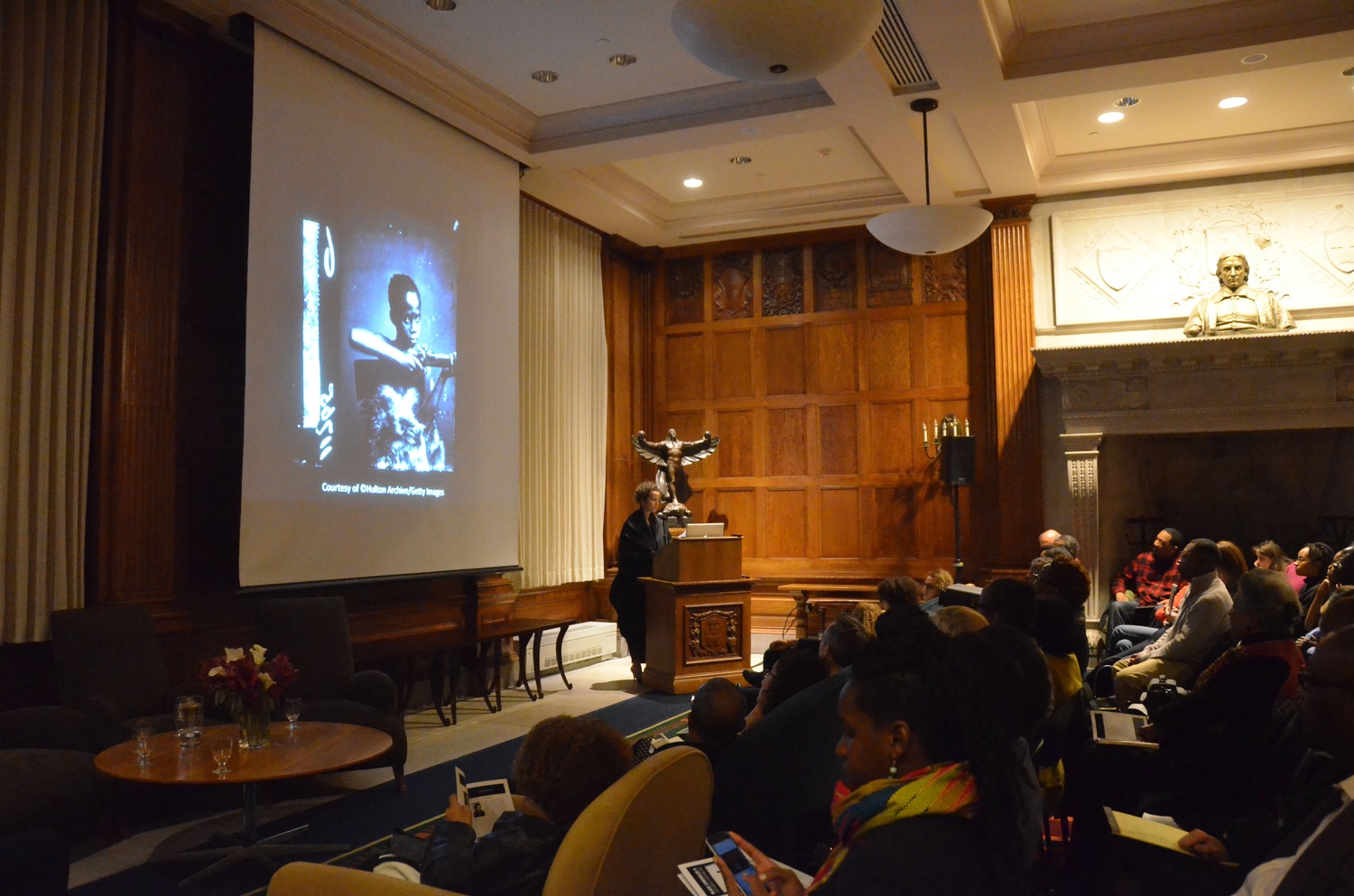 Renée Mussai, a curator and scholar on the African diaspora and Black British photographic history, speaks about photograph “Zulu Boy” as part of the Black Chronicles II Symposium in the Hutchins Center on Monday evening. By Melanie Y. Fu
By Mahnoor B. Ali, Contributing Writer

The Hutchins Center for African and African American Research is hosting this fall a photography exhibition that displays previously buried archival photographs of black subjects in late 19th century Britain.

“Black Chronicles II,” as the exhibition is called, is the continuation of a similar project looking to address the absence of cultural diversity in the Victorian historical narrative.

Organized by a London-based arts agency in conjunction with Getty Images’ Hulton Archive, the photographic project features more than 100 recently unearthed portraits of missionaries, dignitaries, servicemen, and unidentified sitters. Thirty of them—the ones that capture the African Choir, a group that toured Britain in the late 19th century—were printed from the original negatives and are being presented for the first time in over a century, according to the exhibition’s web page.

Francelle Carapetyan, a photographic researcher who visited the exhibition on Wednesday, said that she felt the portraits were “overwhelmingly poignant.”

“The expressions of some of the sitters just sort of nail your heart,” she added. “To think that these have not been seen in over a hundred years makes you realize that the world is full of archives of this kind. It’s a brilliant exhibit.”

“I love the scale of them, the size that they’ve made them,” she said. “There is something so powerful and really just extremely poignant.”

The photographs are accompanied by notes printed on the wall above them that stress the importance of archival photography in illuminating the lives of people marginalized in history.

Another feature of the gallery is the audio recording of a 2008 keynote lecture on colonialism and cultural memory by Stuart Hall, a late cultural theorist to whom the exhibition is dedicated.

The installation, which is displayed at the center’s Ethelbert Cooper Gallery of African and African American Art, launched in September and will stay open until December.