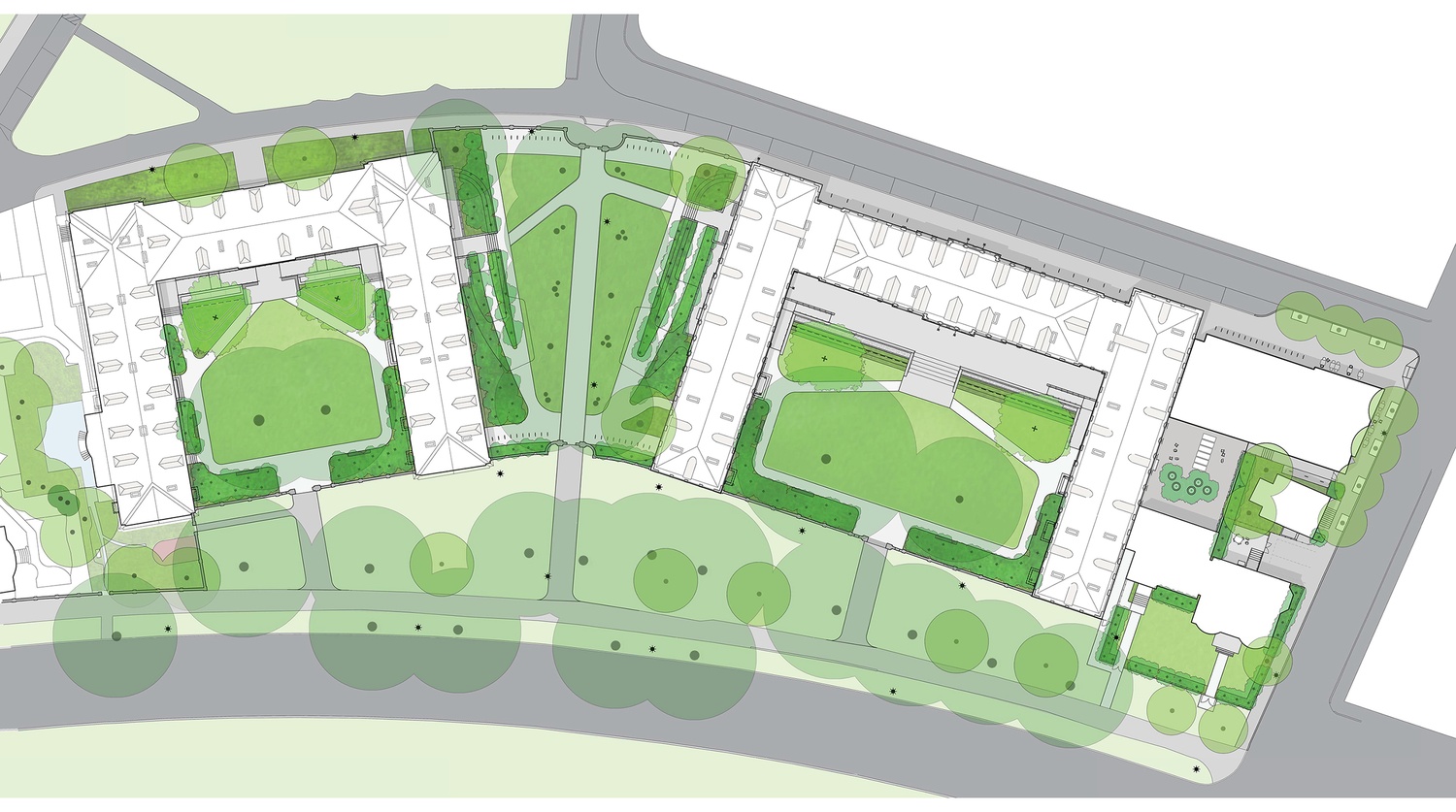 Renewal plans for Winthrop House, which is slated for renovation in 2016-2017, include a five-story addition to Gore Hall on Mill Street. By Courtesy of Beyer Blinder Belle
By Quynh-Nhu Le, Crimson Staff Writer

Winthrop affiliates expressed excitement on Thursday about the additional space and updates to housing promised by preliminary plans for Winthrop House renewal.

Plans released on Wednesday revealed that Harvard will construct a five-story addition to Gore Hall called “Winthrop East” in addition to general renovations that will occur in 2016-2017 as part of Harvard’s more than $1 billion House renewal project. The addition will provide more student housing and social spaces for Winthrop residents.

Like other Winthrop students, DJ J. Badillo ’16 said he was glad Harvard will be improving what he called the “infamously well-known poor housing situation we’re in.”

Winthrop, originally built for 291 students, currently houses 355 undergraduates, according to Merle Bicknell, the Faculty of Arts and Sciences assistant dean for physical resources.

Renewal plans for Winthrop House, which is slated for renovation in 2016-2017, include a five-story addition to Gore Hall. This rendering shows Winthrop from Memorial Drive. By Courtesy of Beyer Blinder Belle

Winthrop House Committee Co-Chairs Marlee A. Ehrlich ’16 and Andrew I. Wyner ’16, who currently participate in a student feedback committee regarding the House renewal, both said that they thought this addition would serve to bring Winthrop students closer together.

Kevin Bu ’15, a Winthrop resident who lived in DeWolfe as a sophomore, said that he spent the majority of his time at Quincy House while living in DeWolfe.

“I didn’t really feel like part of the [Winthrop] House community,” Bu said. “I feel like geography has a really big impact.”

Bu also said he was looking forward to the additional social spaces in Winthrop East, calling the current process of booking Winthrop’s common rooms “competitive.” Other students said they would like to see a grill or more music rooms in Winthrop.

While most were enthusiastic about the programming possibilities Winthrop East presented, some said they had reservations about its architecture. In preliminary renderings, the addition features a contemporary design, a departure from Winthrop’s neo-Georgian style.

Badillo said he was worried that among the River Houses’ traditional-style buildings, Winthrop East will look “a little weird.”

However, Ehrlich said that while she had also been initially skeptical, she now believes the design will update Winthrop’s style to “keep it fresh” while preserving important elements.

House Masters Ronald S. Sullivan and Stephanie Robinson said that they had been involved in Winthrop renewal plans from the beginning, and were overall very pleased with the preliminary renewal plans.

They also said that they welcomed the relocation of the House Master’s residence, which is currently a repurposed group of dorms.

“We have now the unique opportunity to ‘purpose-build’ a master’s residence that can serve the need of Winthrop students,” Sullivan said. “We’ll have dedicated space for all of the various events that the masters hold.”

Both said they were committed to communicating with students and involving them in the renewal process.

“I’m just really happy that the House masters are opening this up to the House” Ehrlich said. “It’s exciting that it feels like a collaboration.”