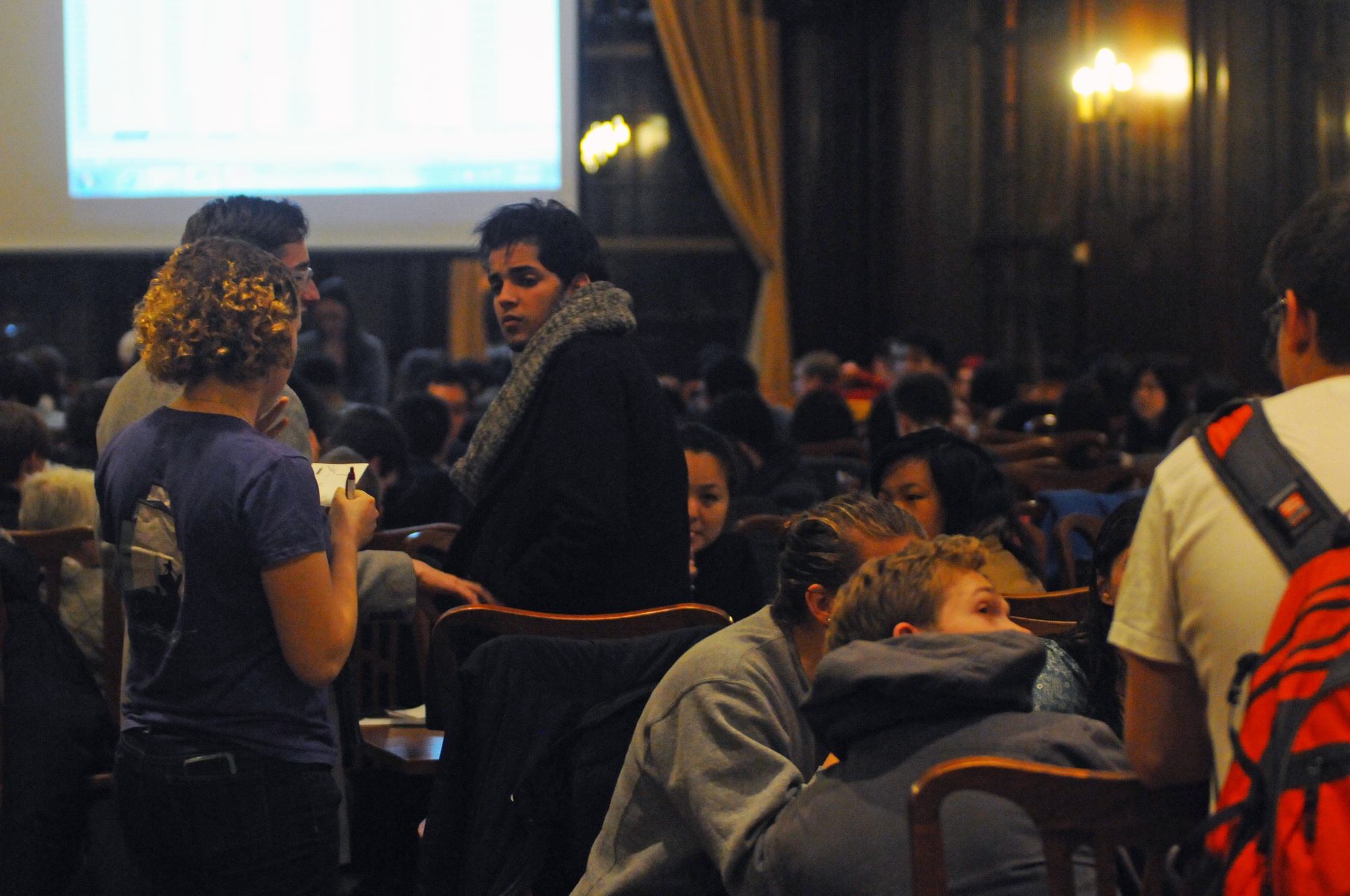 Students gather in Adams dining hall in anticipation of room assignments from the housing lottery. Many housing lotteries have taken place this week.
By Ryan Park-Chan, Contributing Writer

With House rooming lotteries underway, some upperclassmen said they find the process of room selection to be both a source of stress and an exciting opportunity to improve their housing prospects for the coming year.

In many Houses, upperclassman rooming groups are randomly assigned lottery numbers from their House administrators, dictating the order in which they choose their future rooms. Juniors generally complete the lottery process first, followed by sophomores, and the remaining rooms are distributed among the freshmen who will live in the House next year as sophomores.

The details of this process differ greatly from House to House. Some Houses, such as Adams, turn the lottery into a pseudo game show, complete with desserts, a full-screen projection of the available housing options, and cheering and jeering as desirable rooms are taken by competing blocking groups. 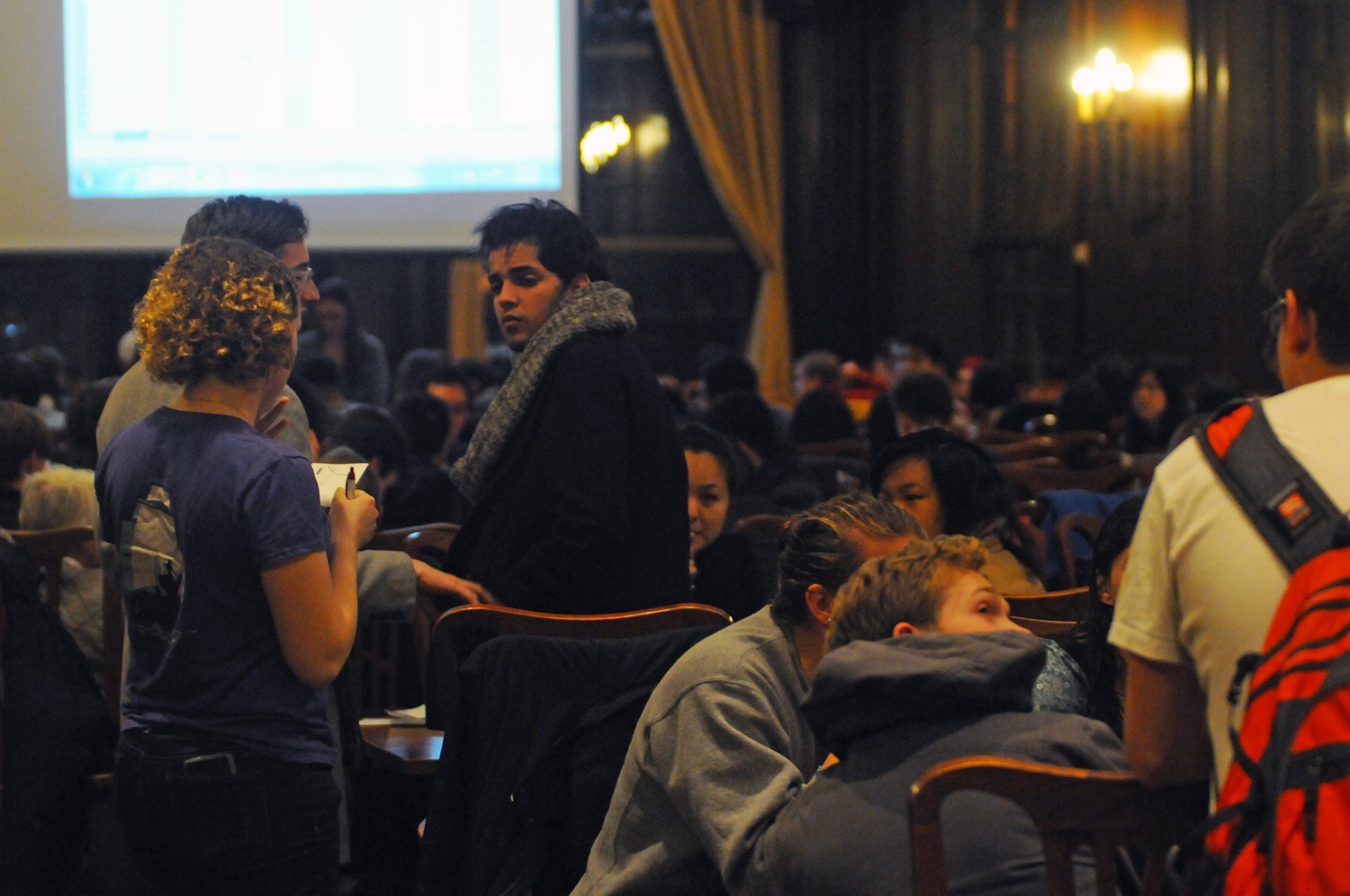 Students gather in Adams dining hall in anticipation of room assignments from the housing lottery. Many housing lotteries have taken place this week. By Anneli L. Tostar

While other Houses utilize computer programs to assign the order of room selection, Adams House administrators instead picked the numbers out of a bingo ball machine, with each subsequent announcement of a number followed by screams of both excitement and jealousy from the crowded dining hall.

At a similar Eliot House room selection event, students pulled numbers out of a battered leather hat, some muttering under their breath after receiving unsatisfactory results.

Still, other Cabot residents note that certain suites are often a point of particular interest during the lottery.

Cabot resident Jefferson E. Seidl ’16 described two especially desirable suites in Cabot—the Library Suite and the “Junior Party Suite”—which he said are “better than the other suites.” Seidl added that residents of those suites are expected to throw some Cabot-wide parties each year to strengthen the House’s social scene.

Occasionally, controversy ensues when students call into question the random nature of the selection process. Creamer recalled an incident a few years ago when participants in the Cabot lottery claimed that the computer program used to generate the order was biased. In 1981, some residents of Adams argued that the tutor in charge of the rooming process invited his friends to pick their numbers first and signaled towards the numbers he wanted them to choose.

Students are not the only ones who find the rooming lottery process to be a stressful time. Several House administrators contacted by The Crimson declined to comment on the process, citing the high volume of work in their offices between the current lotteries and preparations for the upcoming Commencement season.