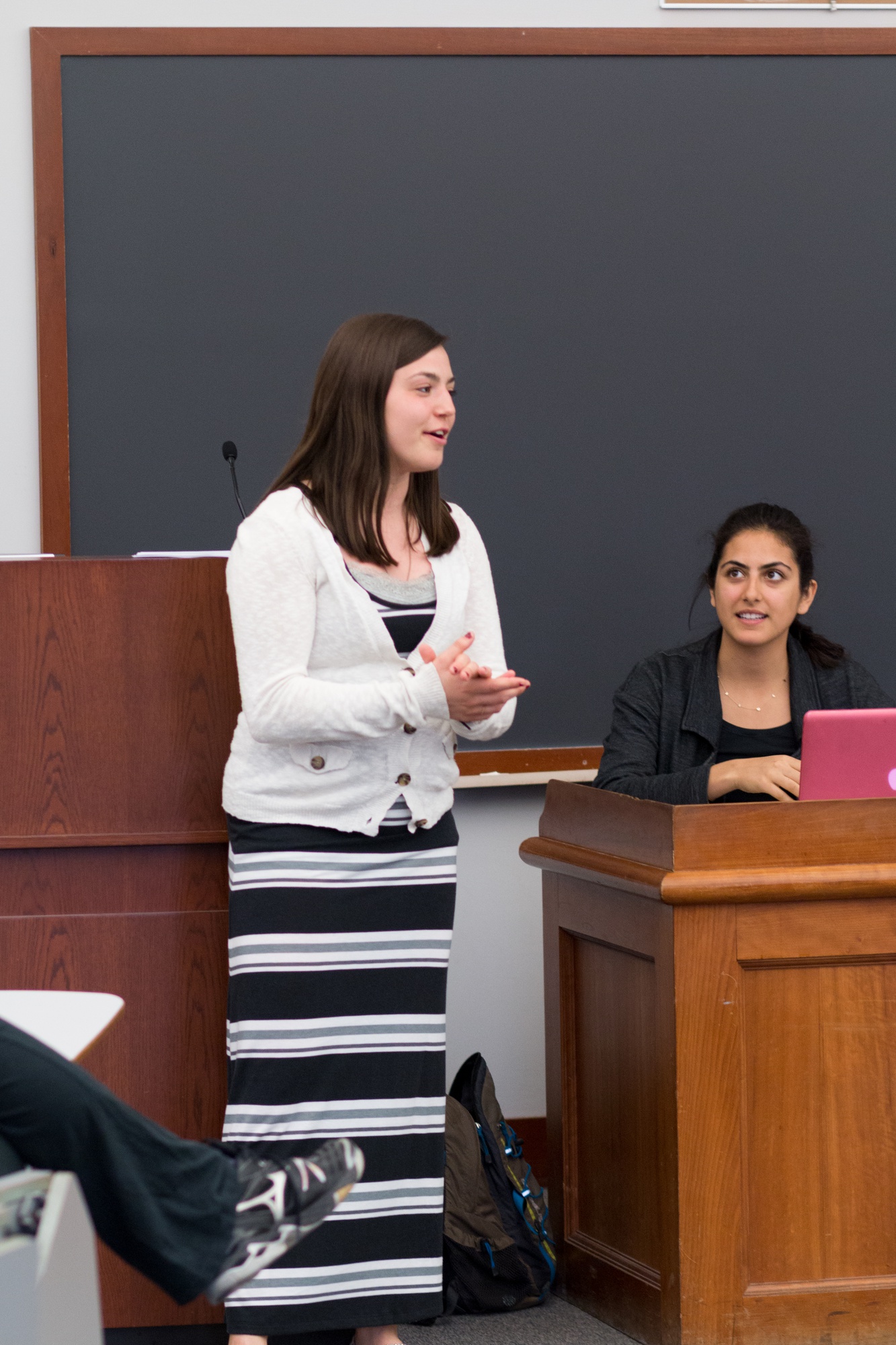 Harvard Project winner Savannah N. Fritz ’17 speaks to the Council about her plans for the “Freshman Enrichment Program” at the UC’s penultimate general meeting of the semester.
By Jalin P. Cunningham, Crimson Staff Writer

Sponsors of the Freshman Enrichment Program won $3,000 for their proposal through the Undergraduate Council’s "Harvard Project" grant initiative after receiving the most student votes in an online poll last week.

FEP, which was one of three finalists chosen last week by the Council’s Student Initiatives Committee, aims to help students from under-resourced high schools transition to life at Harvard.

According to Student Initiatives Committee Co-Chair Daniel V. Banks ’17, the program will consist of a speaker series, mentoring program, and several events and dinners during the fall semester for the Class of 2019. 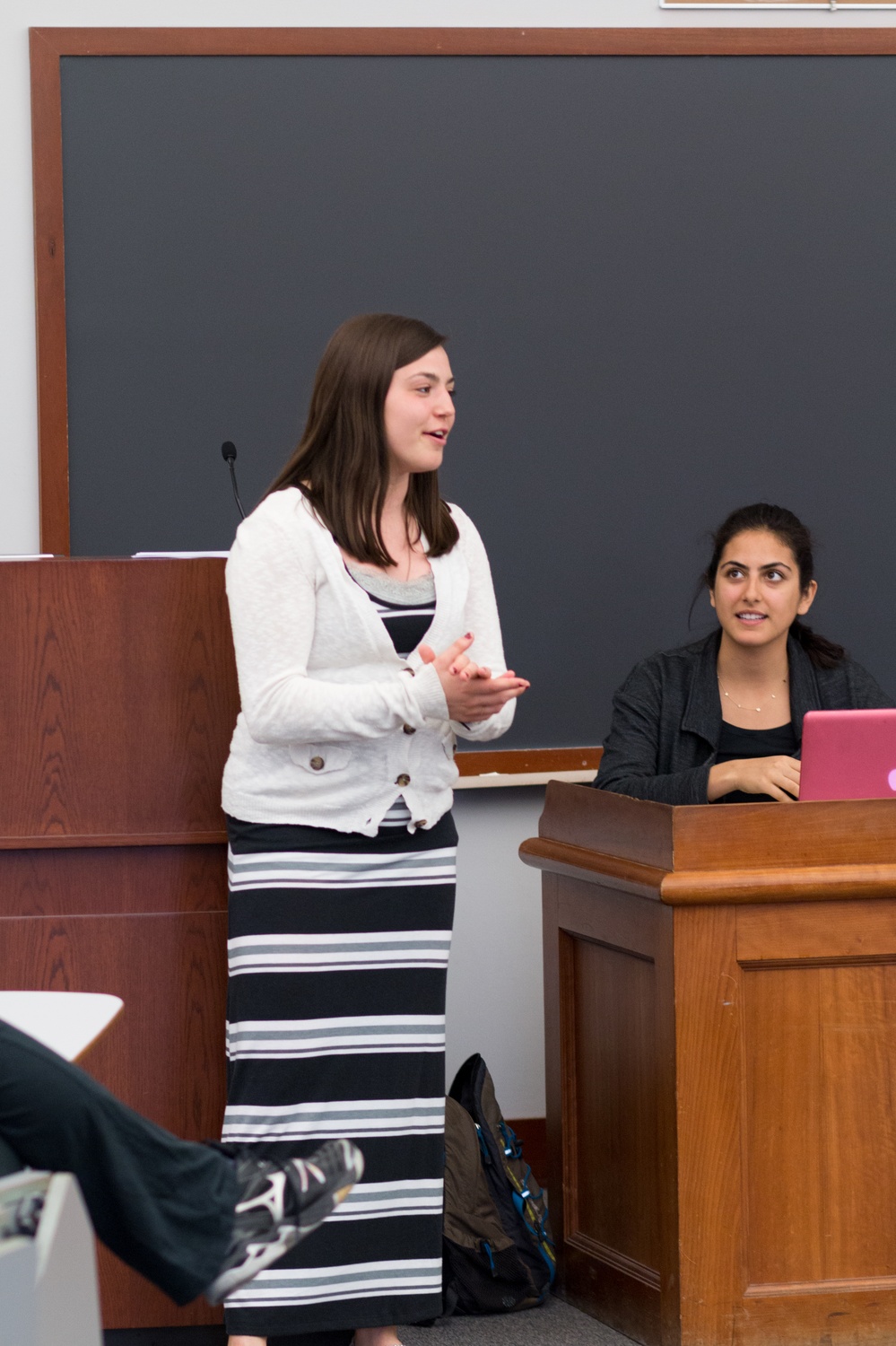 Harvard Project winner Savannah N. Fritz ’17 speaks to the Council about her plans for the “Freshman Enrichment Program” at the UC’s penultimate general meeting of the semester. By George J Lok

Savannah M. Fritz ’17, who proposed FEP, hopes the program will grow to become an official pre-orientation program in the years to follow.

The program won the grant money after receiving 43.8 percent of the 1,164 student votes during the Harvard Project’s voting period, which closed on Friday. Renegade, a student-run arts and advocacy magazine, came in second with 31.4 percent of the votes, while AirDry, an initiative to put drying racks in dorm and House laundry rooms, received the remaining 24.6 percent of votes.

The grant aims to reward student initiatives through the $3,000 in funding, as detailed by a piece of legislation passed on March 23. The UC encouraged projects to abide by  the Council’s greater goals of student health, inclusivity, and campus-wide sustainability.

According to Banks, other Ivy League schools such as Yale and Princeton already have programs such as FEP that ease the transition for students from these high schools.

Fritz wrote in a statement last week that while the Office of Admissions and Financial Aid, as well as the First Generation Student Union, have enacted major change in ensuring smooth transitions for incoming freshmen, she wants to further the process by creating FEP.