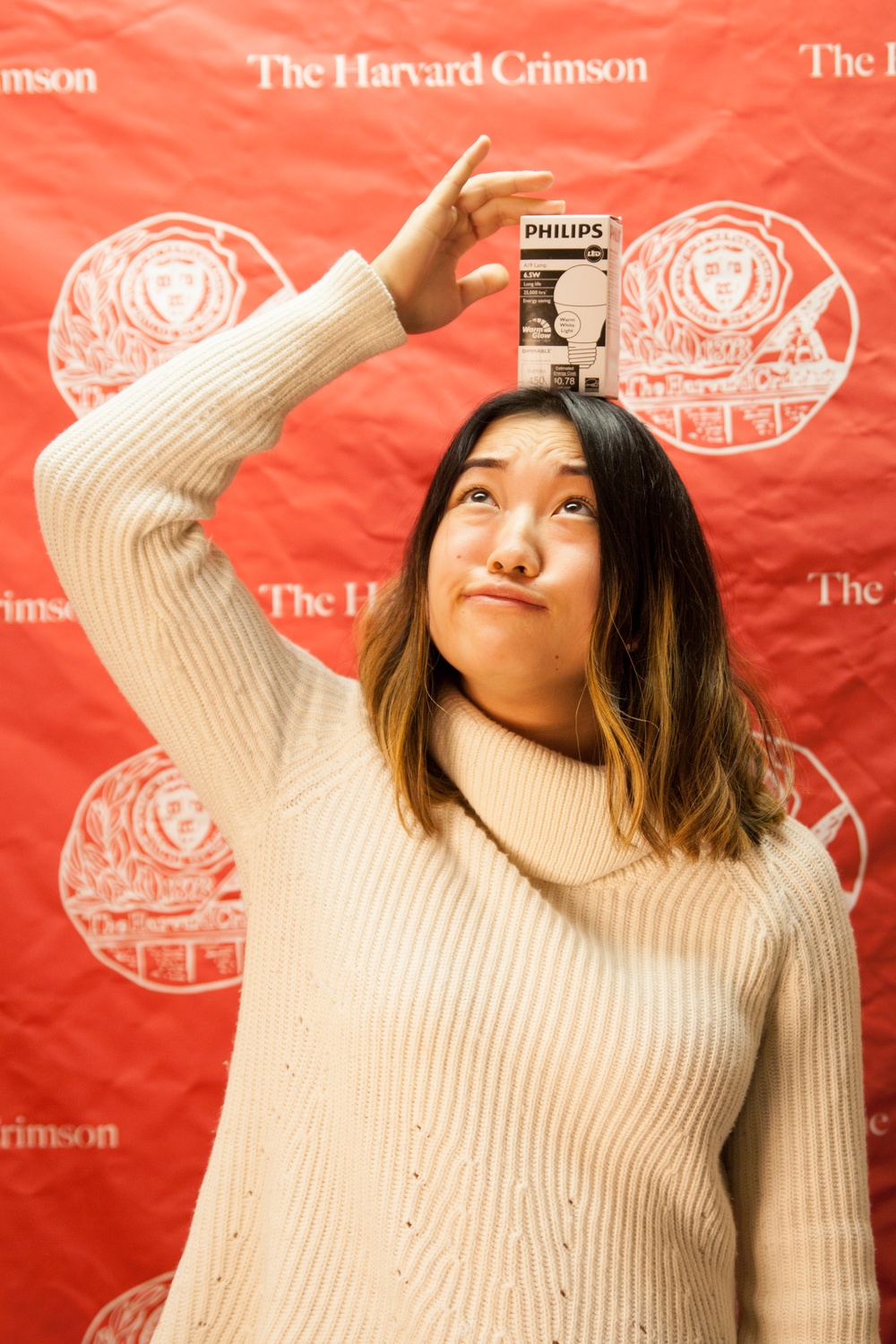 Brief Bio: Aside from collecting Virginia Slim-smoking mistresses, feeding pigeons the last crumbs of the stale baguette I rummaged out of the trash can (with extremely pathos-laden facial expressions and gestures, in anticipation of my lead role in an artsy film made by a semi-depressed Coppola exile), and getting in bar fights with Ernest M. Hemingway and Meg P. Bernhard, I also lead a student tour at the Fogg, “Vegetables of the Orient.” My Tinder bio is going on display at the MoMA this coming January. I have a lot of stamina*.

Column Description: A column about columns.

a. The Sound and the Column
b. Tha Column III—and IV and V
c. This is How You Column Her
d. If You’re Reading Columns It’s Too Late
e. The Column (John Grisham)
f. Mona Column
g. Column Me Thru the Phone
h. Anna Columnina

2. A review of a fellow columnist’s review of peer-reviewed column literature

a. How many columnists does it take to change a lightbulb?
i. Answer: Four. One to change the lightbulb; one to pour sweat and soul into a five-installment column elucidating the subtle human pathos of the experience, which will then be relegated to a dime-sized icon in the lower left hand corner of the Arts website; and one to replace the second one after she dies of grief and consumption, but who will shortly defect/realize he’s a masochist/succumb to his lifelong pipe dream of being a frat star and comp FM/News/Biz, after which the columns editor will resign, comp the Advocate for the 17th time, and need to be replaced as well.

b. How many columns does it take to be Greek?
i. What’s the difference between a Greek and a Roman column?

c. On Wikipedia, what’s the smallest number of clicks it takes to go from “Column” to “Illuminati”? How about “Column” to “Suicide”? to “Postmodernism”? “Gristle”?

d. Does the word “column” actually mean anything to anyone anymore? Kind of tastes like mushy HUDS hash browns in my mouth.

5. After submitting my vanity, I read all of my fellow execs’ vanities and realized that I had a lot more leeway than I thought I did, because we had essentially infinite leeway; this breaks my heart because if I had time to go back and rewrite this vanity it would definitely be about Drake or Lil Wayne—actually, no, let’s be honest, definitely Lil Wayne. A few days ago I got a slightly confrontational email from a woman who claimed to be Lil Wayne’s current girlfriend, and it was the best thing that’s ever happened to me.

*can someone please define this for me

—Outgoing Columns exec Emily Zhao ’18 is 1 to 5 against Ernest M. Hemingway as of yesterday but beats Salvador D. F. J. Dalí in a fight every time.