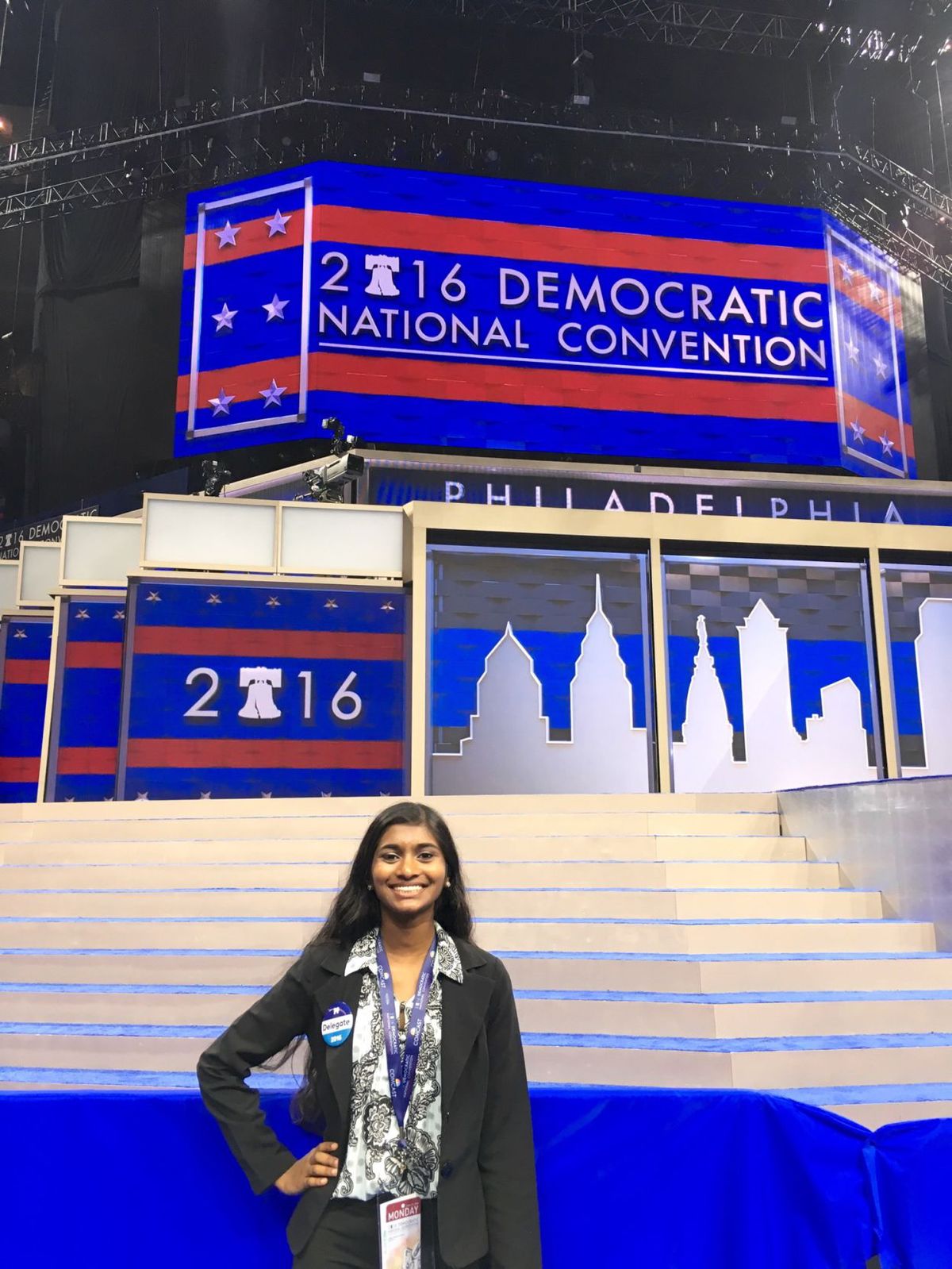 When Sruthi Palaniappan ’20 arrived at her hotel in Philadelphia, Pa., last July, she stood in line next to CNN host Wolf Blitzer.
By Aidan M. Fitzsimons

When Sruthi Palaniappan ’20 arrived at her hotel in Philadelphia, Pa., last July, she stood in line next to CNN host Wolf Blitzer. That was just the start of her whirlwind weekend as a delegate for Hillary Clinton at the 2016 Democratic National Convention.

Born and raised in Cedar Rapids, Iowa, Palaniappan has “always had a passion for service activities,” she says. In high school, she served on the executive committee of the State of Iowa Youth Advisory Council; this summer, she ramped up her participation in the political process as the local precinct captain for Clinton’s Iowa caucus campaign.

“I was #WithHer… pretty early on,” Palaniappan says. “But I made sure I did my research because I think that’s pretty important.” She weighed policy proposals and read up on nuances in the candidates’ plans to make her decision.

As a precinct captain, Palaniappan canvassed, organized activists, and mobilized voters. “Some of it actually involved driving people who wouldn’t have gone otherwise to caucus,” she explains. She felt her work had paid off when Clinton won narrowly in Iowa, which plays a crucial role in the primary season as the first state to cast votes.

The process to become a delegate is lengthy. After passing muster at the precinct and county levels, at which she had to give speeches to further her candidacy, Palaniappan was one of three people selected at the district level to be a delegate at the national convention. 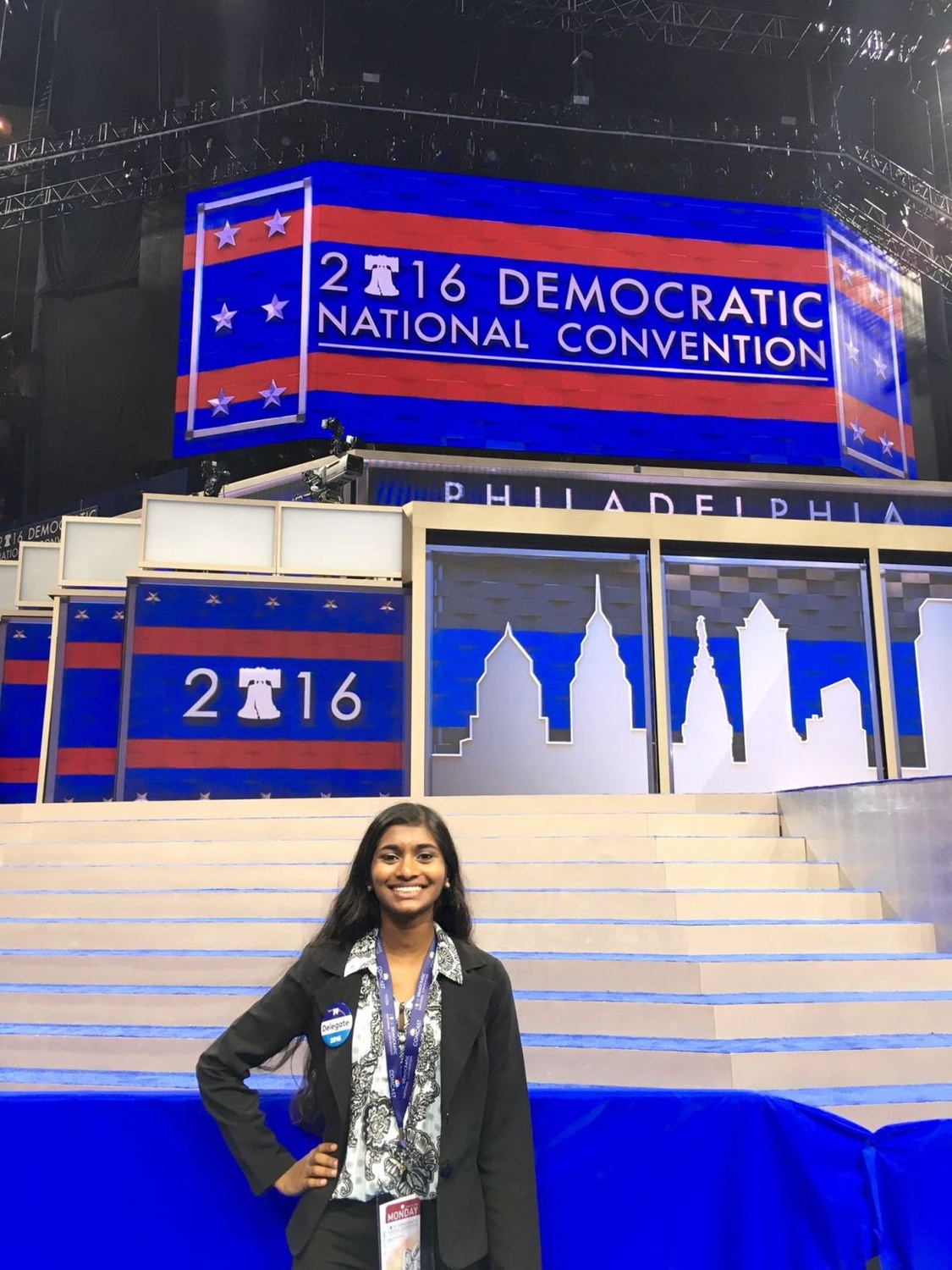 At the convention, Palaniappan saw a number of high-profile speakers like Bernie Sanders, Cory Booker, Julián Castro, and Joaquín Castro, but found Clinton’s speech the most moving. “While I had seen Secretary Clinton speak at rallies before, it was a unique moment to watch her officially address the DNC and the country as the Democratic nominee for president,” Palaniappan says.

Although her district’s delegates came from different backgrounds, Palaniappan says that they “found unity in [their] core values as Democrats.” How did it feel when Palaniappan finally cast her vote for Clinton in the roll call? “Empowering,” she grins.