Holding Down the House: HoCos at Harvard

Addressing issues ranging from hot breakfast to security guidelines, the House committees have historically been active participants in the residential experience at the College.
By Kenton K. Shimozaki 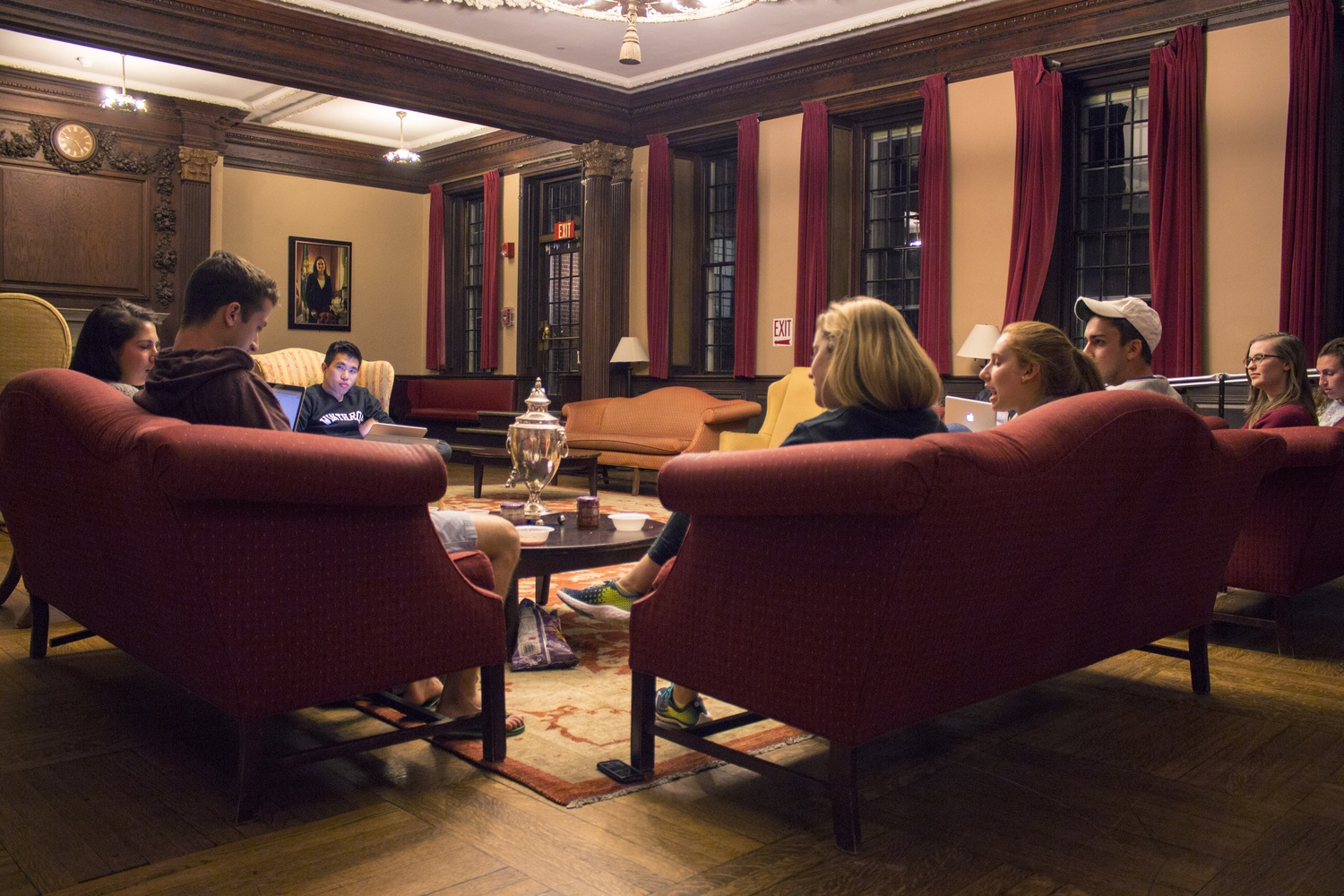 It’s late on Sunday night when House Committee Co-Chairs Kristen Y. Shim ’17 and Muhammed Ors ’17 wait for a handful of students to settle into the Hastings Room of Pforzheimer House. The group reviews its 5 v. 5 Bubble Soccer games held the previous evening and discusses final preparations for Quad Formal, the third annual collaboration between Cabot, Currier, and Pforzheimer Houses.

Every week, groups of students in all the Houses will do much the same, coming together during their “HoCo” meetings to take a central role in planning their Houses’ social programming.

Since the induction of the House system in the 1930’s under then-University President Abbott Lawrence Lowell, class of 1877, Houses have selected students to serve as leaders within their residential communities. Addressing issues ranging from hot breakfast to security guidelines, the House Committees have historically been active participants in the residential experience at the College.

“Harvard has long valued student leadership in shaping the undergraduate experience and the Houses have been vibrant centers of intellectual [and] social life for students,” Associate Dean of Student Life David R. Friedrich said.

College administrators have for ages hailed the House system as the cornerstone of the undergraduate experience, a tenet the recent push to shift social life back toward the Houses reflects. But as student House Committees seek to carry out this initiative, challenges—including disparities in available space and engaging busy undergraduates—remain.

INEQUITIES OF SPACE AND SPENDING

Despite similar sources of funding, however, disparities continue to exist among the different House Committee budgets, with some Houses’ projected expenditures totaling five times more than others.

According to current budget data available from the Undergraduate Council, Eliot House is projected to spend the most of the House Committees this semester at $43,350 while Dunster House is projected to spend the least at $12,481. Broken down per capita, Eliot will spend approximately $100 per resident, while Dunster will spend only about $31 per resident. 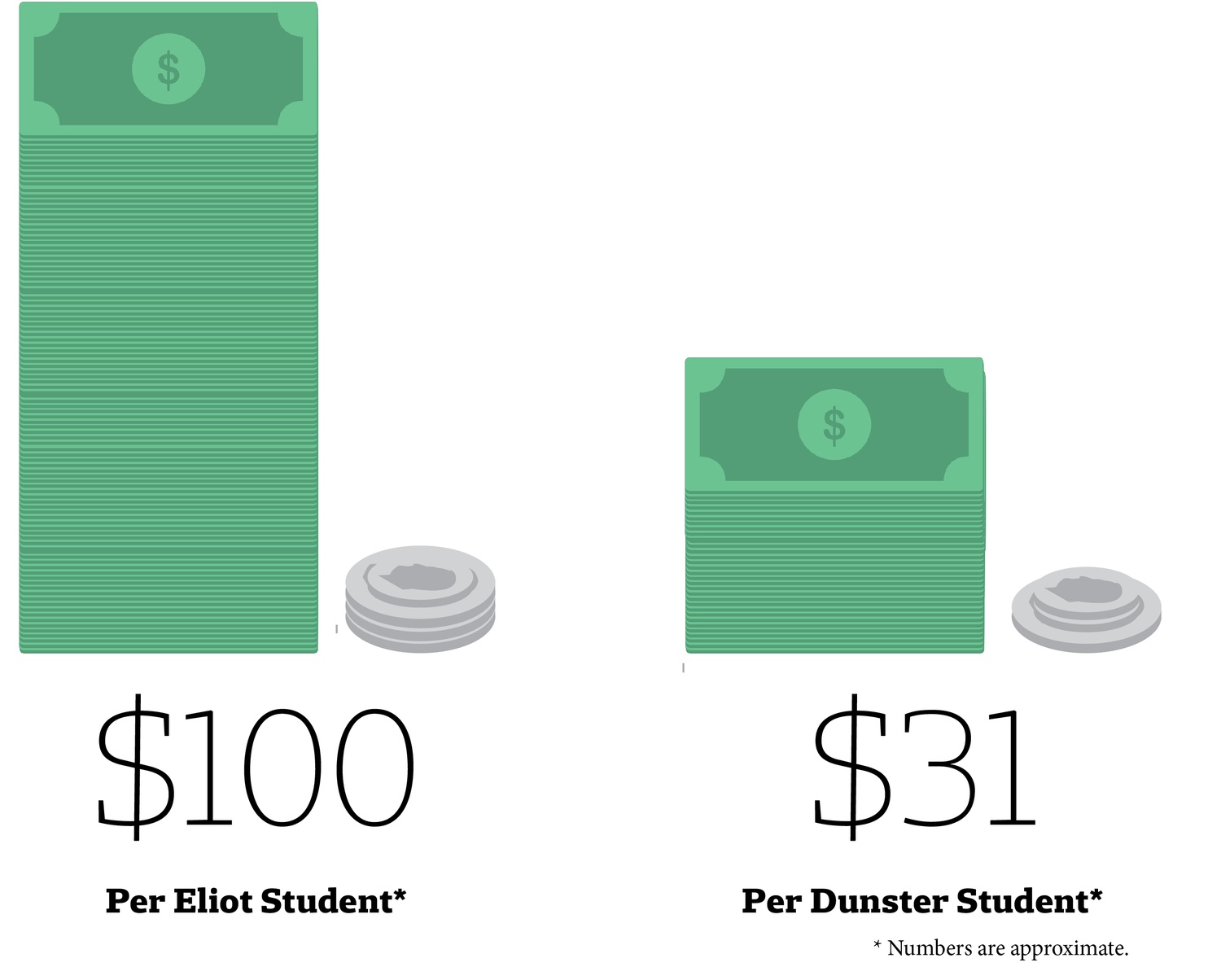 The UC provides each House Committee with a semesterly $6,000 grant, accounting for nearly 30 percent of the UC’s annual budget. The majority of the UC’s budget is financed by the student activity fee requested from every student, and Houses are able to use the funding as they choose. In addition to the UC grant, laundry revenue, merchandise sales, and ticketing from events like House formals make up other significant sources of funding for House Committees.

Despite the disparity in budgets for House Committees, the College has long promoted the importance of maintaining a balance between consistency and individual experiences within each of the Houses, giving discretion to each House in how it spends its money.

“It’s really important that the House leadership, based on their history, culture, traditions, [and] architecture, really think about how those funds are best used to promote the distinctive experience that comes along with being a part of that House community,” Friedrich said.

However, the diversity of experiences extends beyond budgets. Inequities continue to persist in the availability of large social spaces across Houses.

“I think Kirkland’s challenge is we don’t have a very ideal space for these parties,” she said.

Some Houses yet to be renovated have already responded to the need for more social spaces. Last fall, Adams House opened the “Molotov,” a private space for students to hold parties, and Cabot House opened “The Aquarium,” a renovated version of the Junior Common Room in which students may convene or host events.

“We just don’t have those venues yet and our hope is that the House Committees will be very active in House renewal planning,” he said.

AN EFFORT IN COLLABORATION

Although House Committees are largely autonomous, their work often requires coordination with College administration to secure additional funding and other Houses to plan larger events.

Alongside a $3,000 grant from the UC, the Office of Student Life recently allocated money to each House neighborhood for a pre-YardFest “block party” that aims to create an inclusive social environment.

“In working with student leaders, we came up with this plan to try out for the first-time this year these neighborhood events that can be open, welcoming, inclusive events just prior to the start of YardFest,” Friedrich said.

The Office of Student Life declined to specify how much money the College has allocated for the block party events. Still, many House Committee leaders said that funding for the pre-YardFest block parties represents a new step toward promoting social life in the Houses and hope to see the progress continue.

“It’s been really nice to see the College rally around these pre-YardFest events for various neighborhoods,” Leverett House Committee Co-Chair Alec K. Reed ’18 said. “They’ve been pretty generous in providing a lot of funding for all the House Committees to have these kind of group events together as a community.” 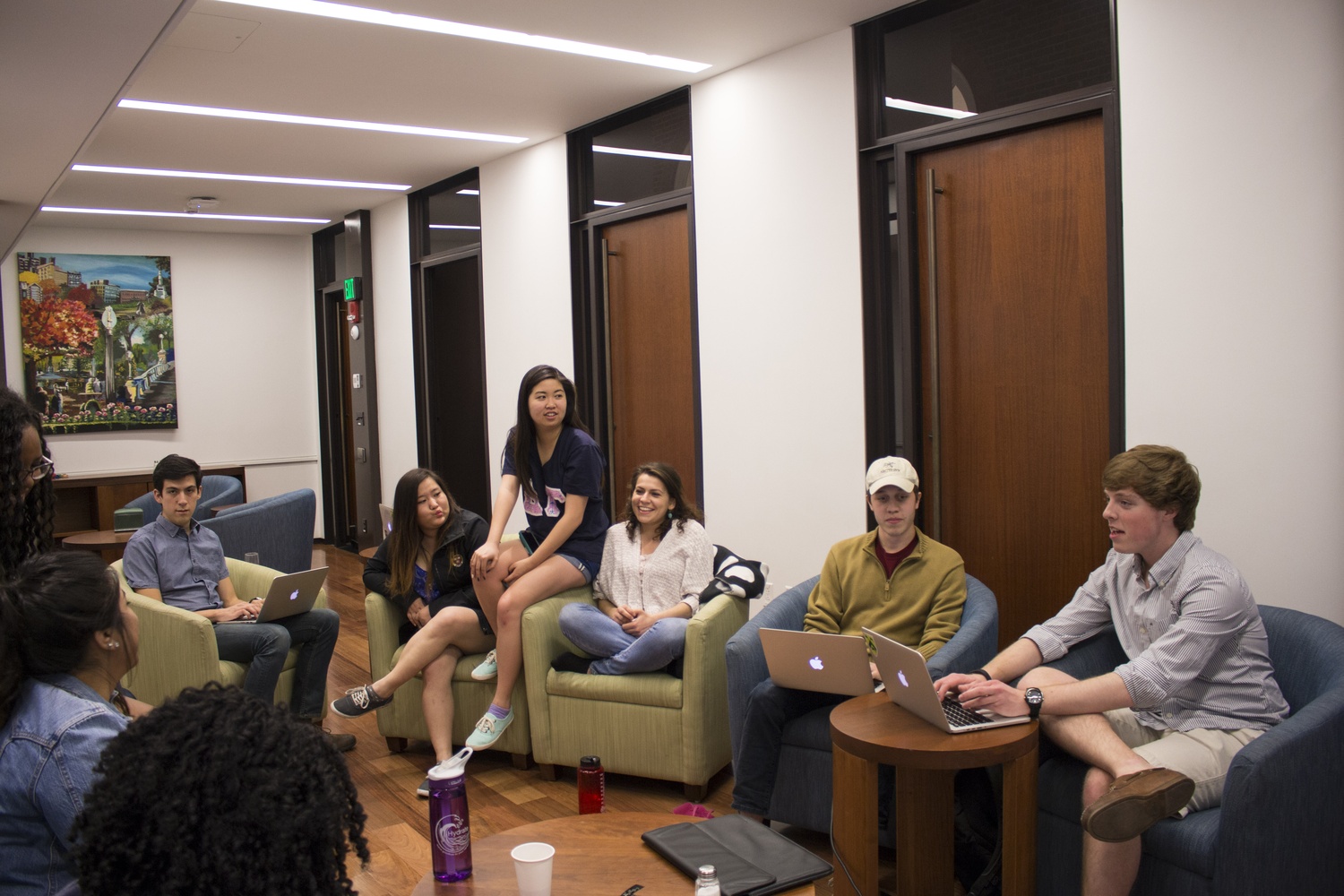 In addition to the pilot funding for the pre-YardFest events, the College Dean’s Office and Office of Student Life allocated new funding this year for “student initiated programming,” “student-faculty engagement,” and retreats led by faculty deans that also promote the College’s reinvigoration of House life.

The Office of Student Life also created a new position this year to focus its efforts to bolster students experiences in their Houses. Fellow for House Programs Emily S. Rutter ’13, a former Crimson sports editor, oversees the collaboration between the House Committees and much of the new pilot programming funded by the Dean’s Office.

Co-chairs of the 12 House Committees meet approximately twice a month to plan campus-wide events that involve multiple Houses, including festivities like the Harvard-Yale Tailgate and Housing Day.

“The House Committee is our right hand to be one, or two, or three steps closer to as many of the House members as they can,” Palfrey said. “They are one of the layers of administration, they meet with us every week.”

SEEKING ENGAGEMENT WITHIN THE HOUSE

While Houses remain an important part of the undergraduate experience for many students at the College, House Committees still face challenges in engaging House residents.

In a 2015 survey conducted by the Crimson, only 55 percent of respondents said they were “somewhat involved” or “very involved” in House life. Additionally, when asked about involvement in the House Committees themselves, a plurality of respondents— 33 percent—said they occasionally attend House Committee meetings, while 9 percent always attend, 26 percent sometimes attend, and 32 percent never attend meetings.

As an officially-sanctioned group directly under the supervision of House administration, House Committees often face the challenge of breaking down stigmas surrounding their social events.

“When you put a HoCo name on something, or a House name on something, it automatically takes the coolness factor down a bit,” Winthrop House Committee Co-Chair Matthew T. Disorbo ’17 said. “Our job is to combat that, to try and get people to buy in.”

Additionally, House Committees acknowledge that it is difficult for many students who simply do not have time to participate in House life because of other commitments.

“Harvard is inherently a busy place,” Reed said. “I think this is a broader challenge of other Houses as well is to encourage and promote attendance at House events.”

Despite the limited amount of time some students can spend on House activities, House Committee members said they do not see themselves as competing with other student organizations. Rather, they see their role as providing a space where all students feel they are included and welcome.

“It’s really on the onus of the House to promote a greater sense of inclusivity because we are some of the larger organizations on campus and having House spirit is a way to bring a lot of people together,” Kirkland House Committee Co-Chair Nicholas D. O’Brien ’17 said.

Similarly, Shim emphasized the importance for students to have some community at Harvard, no matter what form it takes.

“All that matters is that people feel like they can come home to something,” Shim said. “HoCo is so great because it can encompass so many types of communities.”

In approaching their residential experience, Shim said students should ask themselves how they can contribute to their House communities.