Portrait of an Artist: Brynn Elliott 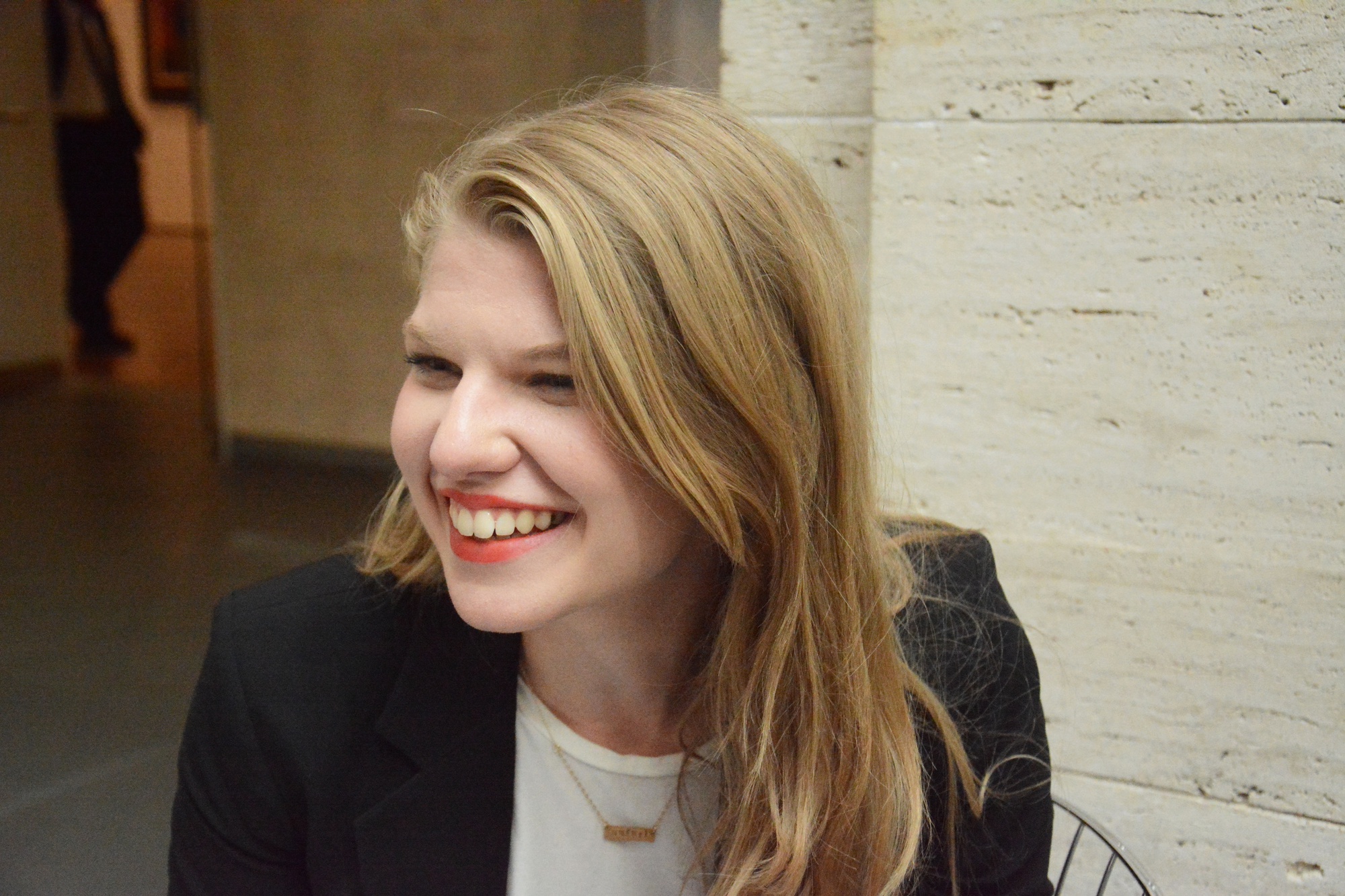 From secretly writing songs on her bathroom floor to playing over 70 shows a year, opening for the likes of Alanis Morissette and Switchfoot, Brynn A. Elliott ’18 balances being a full-time pop musician with being a full-time Harvard student. A philosophy concentrator living in Currier House, Elliott meets with music producers and writes song lyrics when she’s not working on her thesis or going to office hours. On Oct. 23, Elliott, an inactive Crimson editor, will play her first headlining show at Brighton Music Hall. The Harvard Crimson sat down with Elliott to discuss how she juggles her double life as a student musician.

The Harvard Crimson: Have your academics influenced your songs?

Brynn A. Elliott: The first song I wrote was about “Anna Karenina,” so I've always had a very academic approach to songwriting. One of my two singles out now, “Might Not Like Me,” was inspired by a seminar that I took in the Philosophy Department, Philosophy 125: Descartes and His Critics, taught by one of my favorite professors, Alison Simmons. A lot of the class centered around Descartes’ women critics, and what it meant for them to write philosophy in a time that didn't consider them to be philosophers. No one would ever know that, because it just sounds like a female empowerment pop song about a breakup, but it's also about the bravery of these women. The other single is called “Psycho Stupid Crazy” and it's about the weirdness of social media and how we use it. It’s specifically about feeling like you’re psycho, stupid, and crazy for stalking your ex-boyfriend on Facebook, but realizing that you’re not, because everyone does it.

THC: How do you handle the pressures of being both a pop musician and a Harvard student?

BAE: I don’t think I escape the pressures. I thrive on them. When I feel the pressure of only having three more hours to write a paper, but also really needing to write a song, the lack of balance helps me produce better papers and better music. It’s not what I planned on doing, but I feel grateful to be able to do both at the same time. I’ve also felt a huge sense of support and encouragement from the faculty at Harvard. My professors from the Philosophy Department are so open to me traveling, and they’re so open to my story. The Arts and Humanities [Division] even hosted a show for me at the Queen’s Head.

THC: What parts of your Harvard experience have you had to sacrifice to produce music, and vice versa?

BAE: I sacrifice a lot of time with friends. For example, we were supposed to go apple picking on Saturday, but a music thing came up. Making those sacrifices has been really difficult, but luckily I have people in my life who understand. And sometimes I have to prioritize school because this space, especially because it’s my senior year, is very sacred to me, so it’s important to be present. Today, my manager was like, “I can set up five meetings for you today,” but I have a paper due at 5 p.m., so I’m only doing one or two.

THC: Who are your influences?

BAE: This isn’t a sonic thing, but Bono is really influential, in how he's married doing good work in the world with making good music. I’m not trying to compare myself to Bono, but he inspired me to work with Y2Y, a youth homeless shelter in Harvard Square. Proceeds from the October 23 show are going to Y2Y. Sonically, I’m inspired by Brandi Carlile and Ingrid Michaelson, and pop musicians like Lorde and Adele. Adele is the classiest pop act of all time. Powerful women who have strong voices in the music industry are really important to me.

THC: Why is the city of Boston so central to your identity as an artist?

BAE: I started writing songs in Boston because I came here in high school for Harvard Summer School. The first time I ever performed live in front of people was at a talent show for the summer school students in Sanders Theatre. That’s why I’m doing my first headline show here, because I’m really invested in this community, especially the artist community. Boston is so unique in that there’s so many different kinds of people here producing different kinds of things. Going to Nashville or other music towns is just me being around a lot of other musicians, so it’s like me around a lot of other me’s.

THC: What do you intend your audience to take away from your music?

BAE: You can write generic lyrics all day long, but my goal is to write pop music that is really meaningful, even if it’s simple. Katy Perry talks about purposeful pop—making pop music that sounds like the music that's in the club, but is actually talking about things we all think about and go through. That’s also why I study philosophy. The main thing I would want my audience to take away is a sense of hope or empowerment. I want my listeners to think, “Man, I'm lifted after listening to this,” or “I can go do this next thing in my life.” That's what music has done for me.