An Inside Look at Ghungroo 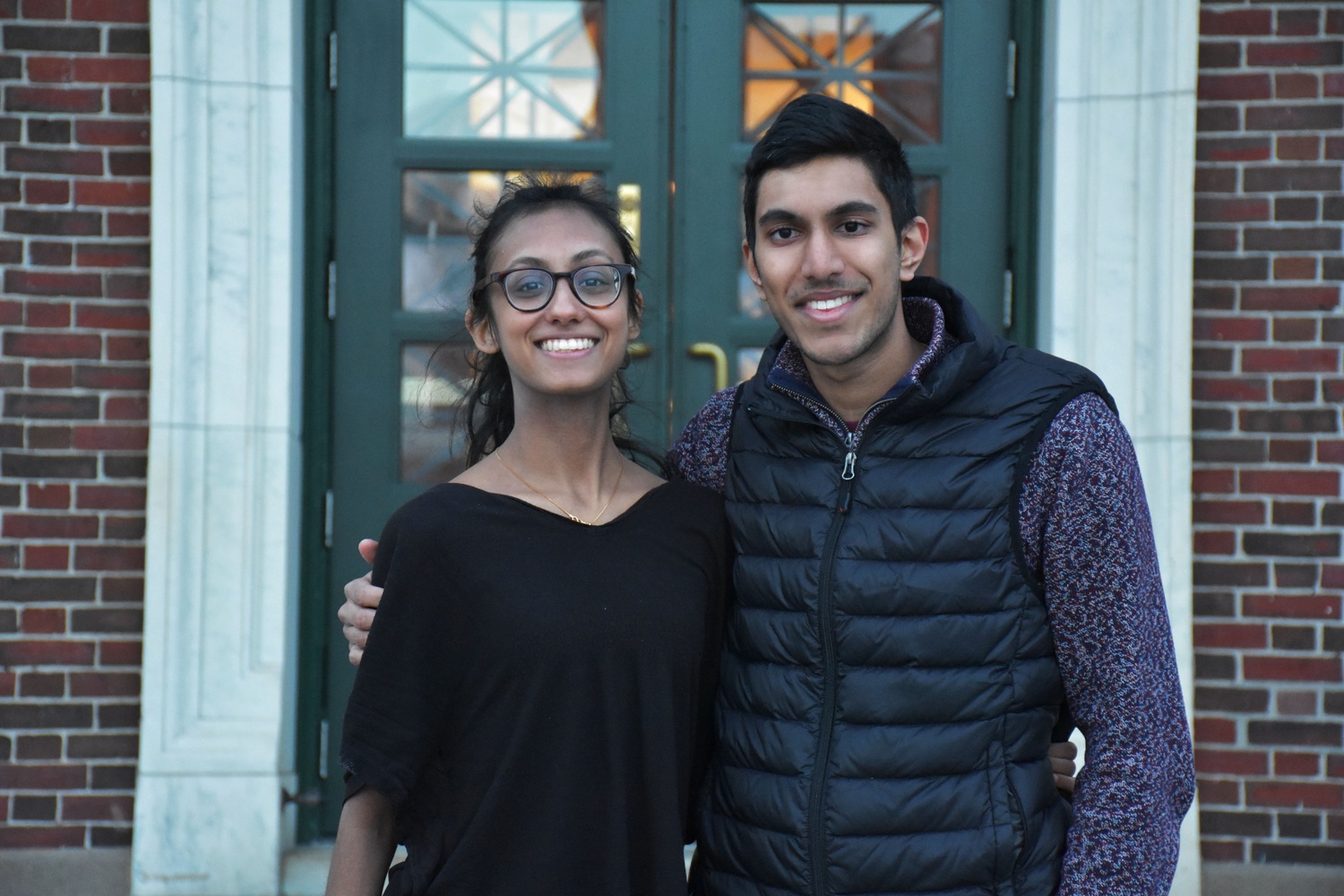 The South Asian Association’s Ghungroo 2017 Production has arrived. This annual showcase of South Asian performances has a devoted following in the Harvard community. The Harvard Crimson sat down with S.A.A. President and Co-Producer Vinay S. Iyengar '18 and Nisha T Swarup '18 to ask for their perspectives on the event as a whole.

The Harvard Crimson: What has been the most rewarding part of your experience as a co-producer?

Nisha Swarup: I think the most rewarding experience is how much people love Ghungroo. My roommates ... talk about how inclusive it is of people who’ve never danced before or had any relation to South Asian culture before. I think it’s one of the few activities on campus where people make friends with people in their clubs for a short period of time after freshman year when that dies down. I think that’s a really great part of the show and it’s really exciting to see that magic happen. It’s really rewarding to see the audience members have a lot of fun every night of the show.

Vinay Iyengar: The most rewarding part is the community that comes out of this shared experience that we’re putting on together. It’s really cool to see this diverse group—cross-year, cross-interest—come together.

THC: How has the production changed as you’ve participated throughout the years?

VI: I think in the past two years, the quality of the performance has gone up. I’ve talked to alumni and others who have gone to the show for a while—Ghungroo was founded in 1986—and what everyone has told me is that the show has consistently gotten better and better: the quality of the dances, the quality of the music performances, the skit that threads the show together. Increasingly, we’ve tried to focus on social activism and awareness every year. For example, last year our skit was about mental health in the South Asian community, and that’s something that’s always been stigmatized, particularly in South Asian immigrant families. This year is a little lighter. We have a lot going on in the political climate right now, and a lot of it affects immigrants and members of the South Asian community and Muslims in our community; we’ve been talking a lot about the current issues with immigration, and the S.A.A. issued a statement and sponsored events around it. A portion of the proceeds for Ghungroo this year will be donated to the International Rescue Committee in an effort to help refugees around the world after these crises. The way people have been thinking of the show has been developing as to display this “power of good” drawn from all these diverse individuals. We’re starting to think how to use this platform to really make a difference.

THC: What is your favorite part of the night?

NS: My favorite part of the night is seeing people hanging out backstage and seeing people who didn’t know each other before the performance becoming friends. You’re putting on this production that acts as a model for what a truly inclusive community at Harvard looks like.

THC: As both of you are juniors, can one of you talk about your thoughts on the Senior Dance, as you may be a part of it next year?

VI: Absolutely, I think Senior Dance might be my favorite part of Ghungroo, and what’s really incredible about it is that the majority of senior dancers are non-South Asian. They have little exposure to South Asian culture, Bollywood dance, or anything like this. Their friends talked about doing it as this sort of senior year rite of passage, hundreds of dancers [who have] never danced before come together in these few weeks, and watching the performance—it’s actually pretty good. You can tell that people are having a lot of fun. Without a doubt, I’ll be a part of Senior Dance next year; wouldn’t miss it for the world.

THC: What does the Ghungroo community mean to you?

NS: Freshman year, I was a representative to S.A.A. but didn’t really become involved in the community or make close friendships until Ghungroo. That’s a sentiment echoed by past producers, for example, the President of the S.A.A. during my freshman year said that she was not involved at all until the production of Ghungroo. Now, as a producer, I get to pay that back to future freshmen and use Ghungroo to bring them into our community. It’s exciting because I can remember how that was for me freshman year.

THC: How much time is devoted before the performance? How do you balance it with class?

VI: In terms of producing it’s hard for me to say exactly how much time it takes. I get a lot of emails in a day that I have to respond to, and that’s tough. It’s at least ten to fifteen hours a week managing S.A.A. and Ghungroo. I’m also dancing in the show, and that’s four or five hours of rehearsal each week in the months of January and February.

THC: How can students get involved in Ghungroo?

VI: The effort starts really early. The S.A.A. has a lot of freshman-focused events, working at events like the Activities Fair. We make an effort to get people involved early on in S.A.A.: events, study breaks, parties, et cetera. Ghungroo then acts as a spring semester integration into the South Asian community. I think one thing we’d like to work on is taking the diversity of South Asian and non-South Asian members of the Senior dance and reflecting it onto the freshman class. What happens is that you get this group of freshmen and sophomores, mostly of South Asian descent, and they start bringing in their friends later on.