They’re known on campus as committee kids—the students whose names appear time and time again on the rosters of Harvard’s student committees. But some charge the committee kids do not accurately represent the College's student body.
By Morgan J. Spaulding
By Cecilia R. D'Arms and Amy L. Jia

They’re known on campus as committee kids—the students whose names appear time and time again on the rosters of Harvard’s student committees, the ones who work behind-the-scenes with faculty members and administrators to formulate some of the College’s most far-reaching policies.

The committees come in a variety of forms. Some, like the Presidential Search Advisory Committee, include only a few College students, while others, like the General Education Student Advisory Board, are composed entirely of undergraduates.

“We’re bringing together students, faculty, faculty deans, administration—it’s a lot of really diverse stakeholders in the room,” Zhang said. “I think it’s been really great working with Nick and Dean O’Dair to set the agenda and guide the agenda, to be able to voice issues that are important to think about for the College moving forward.”

Nevertheless, some students have raised concerns about whether the committees accurately represent the student body. Some say the UC often appoints its own members to fill committee positions and nominates the same students to multiple committees, preventing diverse voices from ringing out.

“The pool of students is not as wide-reaching as I would like to see on these committees,” said Benjamin I. Sorkin ’20, a former UC representative who has served on three committees during his time at Harvard. “I think the UC could take a more active approach in diversifying the kinds of students brought in to student-faculty committees.”

Student committees form one of the greatest resources when administrators are looking to generate “very new ideas,” according to UC Education Committee Chair Sruthi Palaniappan ’20, who serves on the student-faculty Committee on Undergraduate Education.

“I think there have been some really prominent examples of where student activism has resulted in positive outcomes that were determined by the students,” she said, pointing to the Harvard Conversations program—a new initiative proposed by the UC this past semester, which allows students to get to know faculty through small dinner conversations—as an example of these tangible benefits.

Palaniappan said her role on the Committee on Undergraduate Education has allowed her to directly convey her views to administrators.

The Office of Undergraduate Education, led by Harris, agreed in February to partially fund the Harvard Conversations program.

Sorkin, who worked alongside Palaniappan on the Committee on Undergraduate Education in the 2016-2017 academic year, said a question on the Q Guide—Harvard’s online course evaluation system—about textbook costs came as a “direct result” of the committee’s work.

“I don’t think that the textbook affordability question was something that would have come out of it naturally, had we not brought it to their attention,” Sorkin said.

Sorkin said administrators on the Committee on Undergraduate Education frequently solicited advice from students. He said undergraduate input contributed to the success of the committee’s initiatives, including the new Education secondary and the First-Year Retreat and Experience pre-orientation program.

Not all students felt their ideas were taken into account by administrators, however.

Timothy D. Haehl ’18, who served on a student-faculty committee his junior year, said he felt students’ voices were drowned out by those of Harvard officials.

“It seemed like there was a Point A to Point B timeline already set, and whatever the students said didn’t really matter,” he said. “I don’t know if that’s indicative of all student committees—I would hope not—but there was a clear path that we went, and it didn’t really seem like the students had much voice.”

O’Dair said committee members who felt unheard should reach out to their committee chairs.

“I would really encourage students who feel like—even if it’s one meeting or multiple meetings—that they’re not being heard to approach the chair and let them know,” she said. “I think it’s important to whoever is running the meeting to know that students aren’t feeling heard.”

Former UC Vice President Daniel V. Banks ’17, who co-chaired the Committee on Student Life in 2016, said O’Dair made a conscious effort to give the committee a stronger voice in recent years.

“I think the greatest success of the Committee on Student Life was the repurposing and reorganization of it under Dean O’Dair,” Banks said.

While he acknowledged students might still not have as much power as they want, Banks said the situation has greatly improved since 2015, when the committee was “just a group of people shooting the shit and talking.”

In the fall of 2016, Haehl and Banks joined the social group sanctions “Implementation Committee”—a group tasked with recommending how to implement the College’s penalties on members of unrecognized single-gender social organizations.

Haehl, who had no prior experience on the UC or other committees, said he hoped he and his fellow committee members would “make a difference.”

“They were looking for people who were trying to make contributions to figuring out how these sanctions were going to be implemented, and I thought, as an athlete, that was going to be something I could help with and provide perspective,” said Haehl, a defensive back on the Harvard football team.

Banks also said he was “passionate” about the issue, but that he expected change to move slowly.

The implementation committee met several times throughout the year to draft recommendations for Dean of the College Rakesh Khurana as to how the sanctions should be applied. 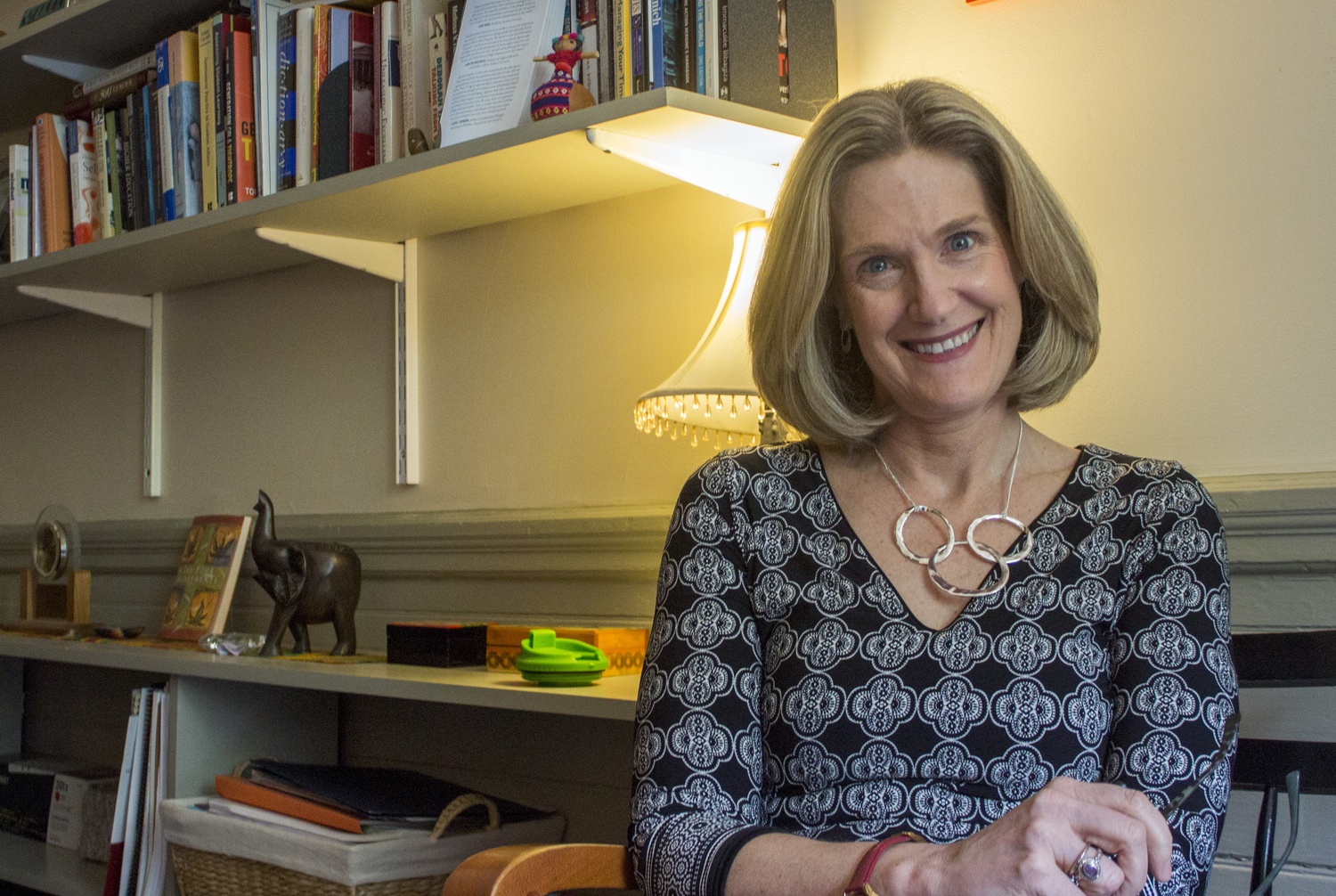 Yet, shortly before the committee finalized their recommendations, they learned an entirely new committee was forming to reevaluate the sanctions as a whole and could overturn their advice completely—an announcement that came as a shock to many of the committee members, according to Haehl.

“I remember being pretty upset,” he said. “It felt like a pretty meaningless experience when it was all said and done.”

Dean of the College Rakesh Khurana has said he “stayed in regular communication with the co-chairs of the implementation committee” throughout its work.

For Banks, however, the opportunity to have even a small impact on social group policy outweighed the disappointment.

“I would continue serving right now on a committee that had to do with final club life because I was extremely passionate about dismantling what I saw as the most toxic part of Harvard’s social life,” Banks said.

Veteran committee kids like Banks—who said he was probably on “around ten committees” during his time at Harvard—seem to develop a different metric for success than Haehl.

Banks, Sorkin, and Palaniappan, all of whom have served on more than one committee, said they learned to expect changes to take a long time.

“Why I think veterans are inclined or brought in more often, is that they know things will take a year, or they go into it a little more pragmatic or willing to play within the system. I think administrators want a [student advisory committee] that gets along and works the way that they work,” Sorkin said.

Even when the committees do produce changes, Boucher said the changes are rarely “sexy.”

“It’s not a topic that you want to talk about when you're hanging out with other people or giving updates on what you do in your role, but it’s important, because those policies will ultimately shape how people are able to have social interactions at the college,” Boucher said, referring to party policy in the Houses, which the Committee on Student Life examined extensively this year.

This discrepancy can mean that students with little or no prior committee experience, like Haehl, can be disappointed by the pace of progress.

Still, Haehl said his time on the committee allowed him to develop “good relationships” with administrators with whom he otherwise would not have interacted.

“I had very honest and open conversations with them about everything happening around the school,” he said. “I get to know the things they’re going through, as leaders of student life, which is a very challenging job, and then they get to hear my perspective.”

Some students said they are concerned many committees tend to feature the same students as members. These students—many of whom are recommended to committees by the UC president and vice president—are disproportionately Council members, some undergraduates said.

“I think broadly across the College, the pool of people who sit on these committees is quite small, evidenced by the fact that I’ve been on three, four, five committees,” Sorkin said. 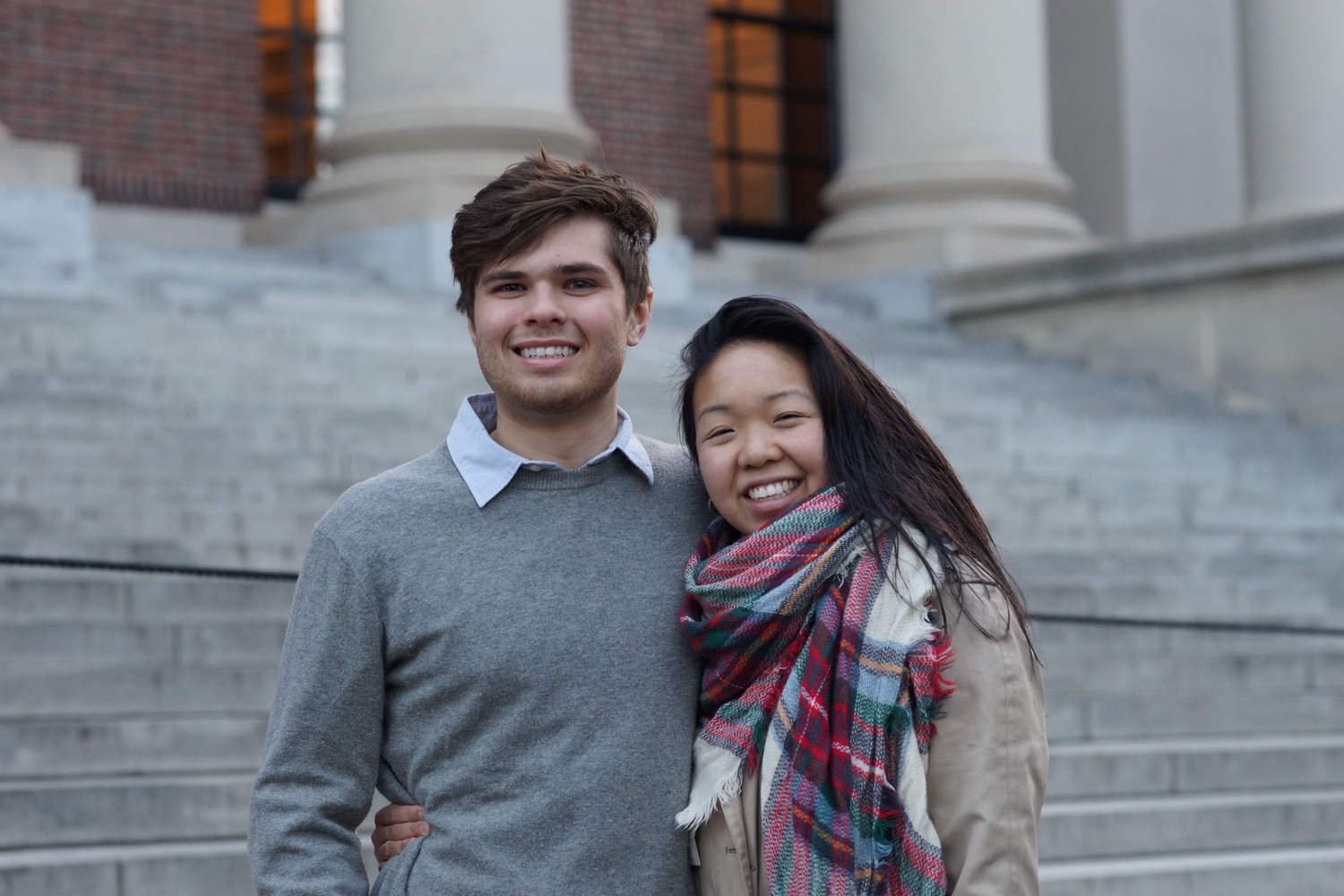 Haehl said he thinks what he called the narrow pool of candidates limits the diversity of voices.

“Some committees, I feel like, haven’t encapsulated the entire diversity of thought,” he said. “I would take issue with a lot of people being involved on student committees that are close friends of people on the UC because I think that’s a one-sided opinion.”

Palaniappan said this assessment does not take into account the fact that more UC members tend to apply to student committees in the first place.

“I think that maybe because of the kind of issues we focus on or the work that we do on the Council, it seems like more of a direct connection to also join one of those student-faculty committees,” Palaniappan said.

O’Dair said administrators do not look specifically for prior UC membership when appointing students to student-faculty committees but rather strive for “balance” with regards to class year, race, gender, and other identifiers.

“When we ask [UC leadership] for students, we don’t necessarily tell them that it has to be UC students—we ask that they look broadly,” O’Dair said. “We actually want to spread the wealth to the extent that we can: if there are people who have served on committees, I might ask for or look for recommendations of someone who hasn’t served on a committee before.”

Zhang said that UC representatives, having been chosen by the student body, are best equipped to represent undergraduates.

Banks said that, during his time on the UC, he made an effort to get non-UC voices onto committees. He said he hopes the UC will work to maximize diversity—both to ensure the committees are representative of the student body and because being on one forms an immensely rewarding experience.

“When you’re on these committees, you see how Harvard really works,” he said. “And that is so much—for a student to be able to see the inner workings of Harvard.”