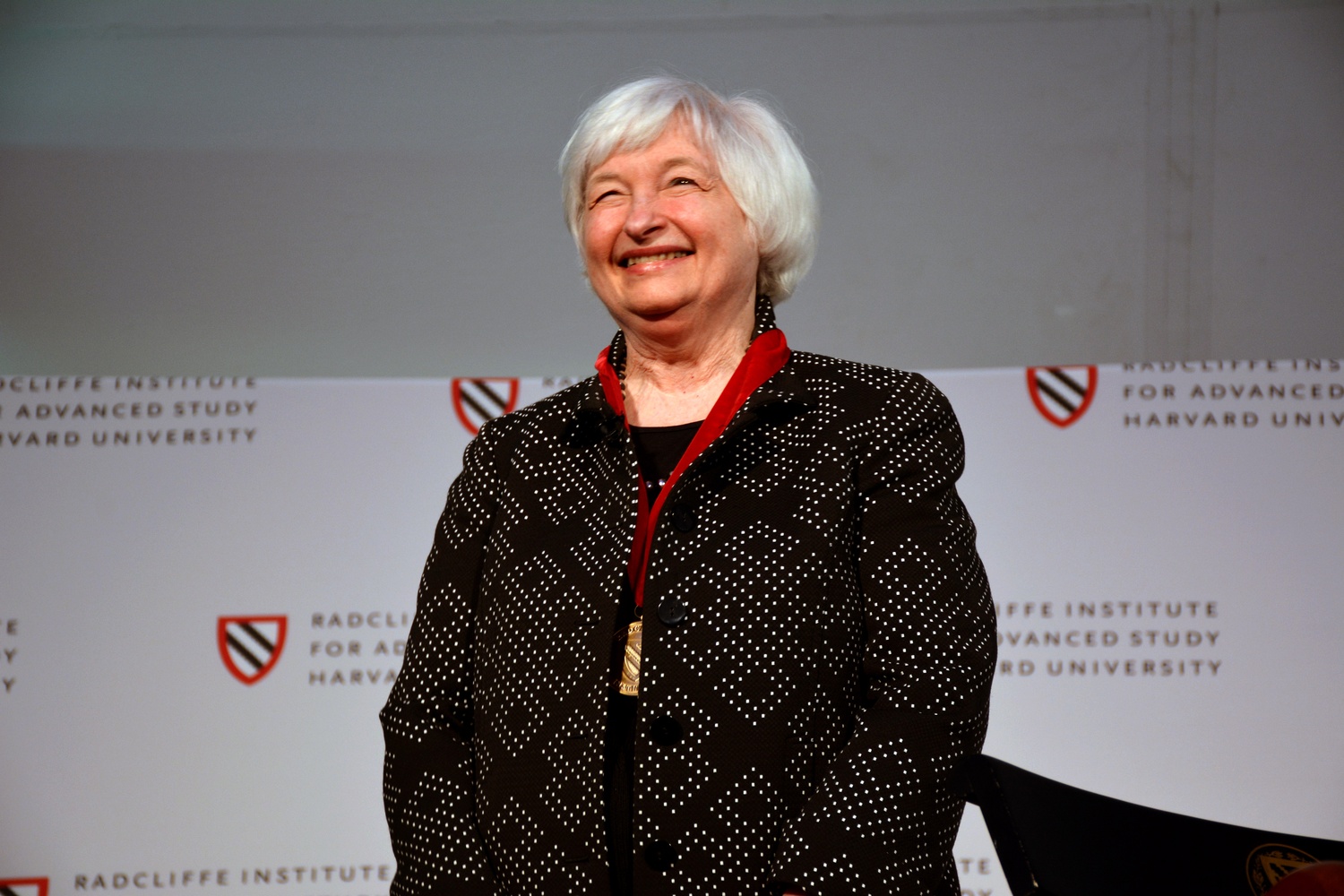 Janet Yellen on Thursday lent her support to Harvard and its race-conscious admissions policies as the lawsuit alleging the College discriminates against Asian American applicants inches ever closer to a high-profile and high-stakes trial.

Yellen, the first woman to serve at the helm of the Federal Reserve, joined a group of 17 other expert economists in filing an amicus brief that defended Harvard's use of race in its admissions process. The brief — whose signatories include two Nobel laureates, former chief economists of federal agencies, and a number of university professors — advocates for the soundness of Harvard’s statistical analysis of its admissions data.

That analysis, conducted by University of California at Berkeley professor David E. Card and submitted as part of the lawsuit, concluded Harvard does not discriminate against Asian-American applicants.

Students for Fair Admissions, the anti-affirmative action advocacy group that is suing Harvard for its admissions policies, previously criticized Card's analysis in court filings. SFFA conducted its own statistical analysis of the admissions data and came to the opposite conclusion.

Yellen and the gaggle of economists wrote in their brief that “[Card’s] statistical analyses in this case were methodologically sound, and that the criticisms of his modeling approach... are not based on sound statistical principles or practices.”

Experts say the lawsuit could come before the Supreme Court and decide the fate of affirmative action in the United States. Across the past several months, supporters and opponents of the University have filed scores of amicus briefs arguing both sides of the issue.

Higher education is so far siding with Harvard. Dozens of College student groups filed briefs in support of the University in late August, as did 16 top American universities in late July.

The federal government, however, is taking the opposite tack. The Department of Justice made its partiality for SFFA clear late last month by asserting in a scathing "statement of interest" that Harvard's admissions office perpetrates “unlawful racial discrimination."

Since SFFA first filed suit against Harvard in 2014, the University has repeatedly denied that it discriminates against Asian-American applicants.

“Harvard does not discriminate against applicants from any group, and will continue to vigorously defend the legal right of every college and university to consider race as one factor among many in college admissions, which the Supreme Court has consistently upheld for more than 40 years,” University spokesperson Anna G. Cowenhoven wrote in a statement.

The suit is slated to go to trial in a Boston courthouse on Oct. 15.