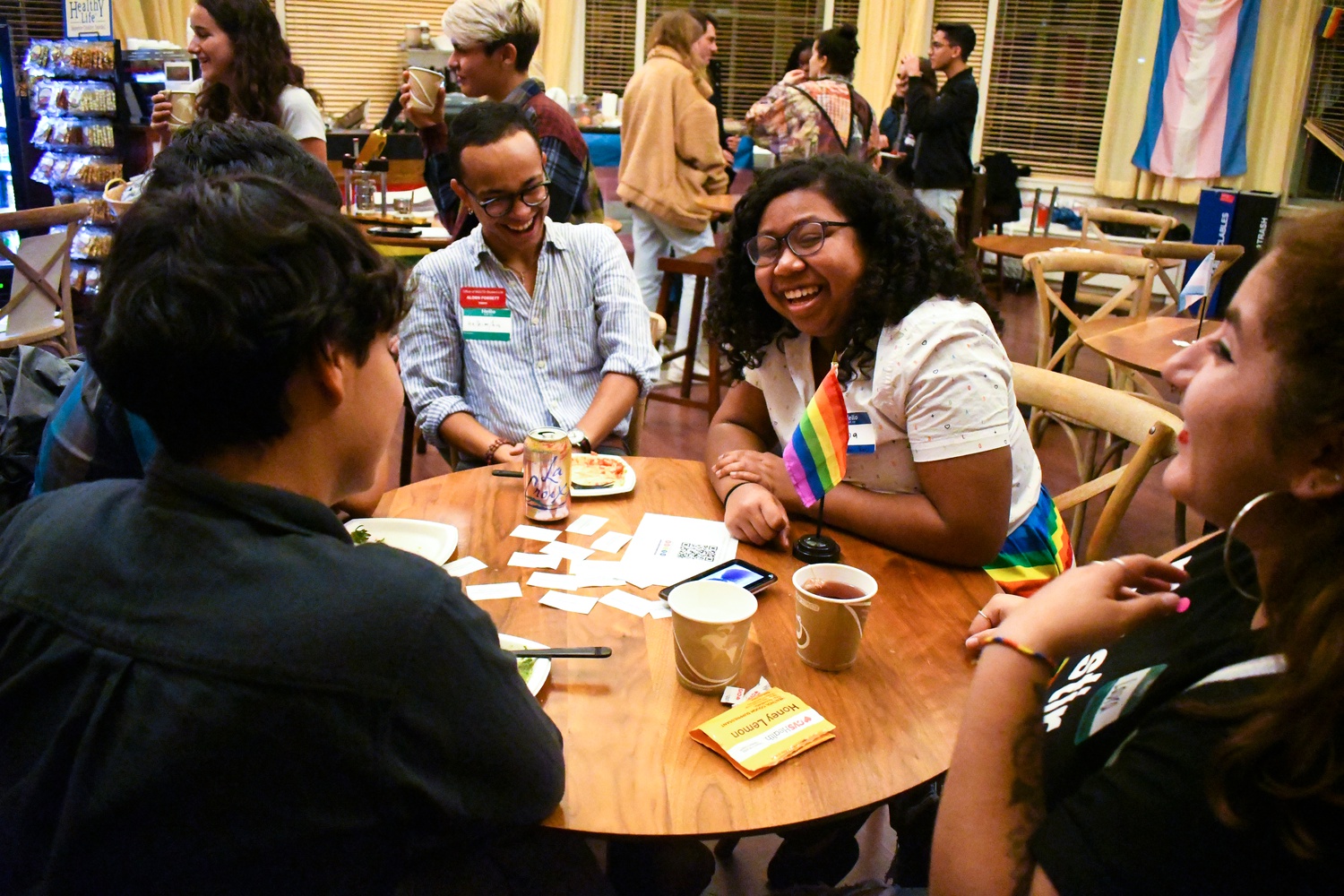 The Office of BGLTQ Student Life and Harvard College Speak Out Loud — a student group that aims to promote spoken word poetry — partnered to host “OUTspoken,” an open mic and social event, held at the Barker Center cafe Friday night.

In front of a backdrop of rainbow-colored pride flags, students put on musical and spoken word performances about issues of identity and belonging, specifically regarding coming out.

Sarika Chawla ’23 shared two of her original poems; her first poem discussed others’ perceptions of her as “the girl in the wheelchair.”

“This day is important to my identity and the identity of many of my friends and classmates because it’s a day of just really celebrating who you are and how you identify, whether you choose just to come out to yourself or to other people,” she added.

James P. Biblarz ’14, Eliot’s resident BGLTQ tutor, said he developed the event to bring more attention to the holiday at the College.

“I felt that National Coming Out Day was a really important event and something that hadn’t been super widely celebrated in college,” Biblarz said. “I was sort of looking for something Eliot could do to make a tradition and I had the full support of the Eliot faculty deans and the administration.” 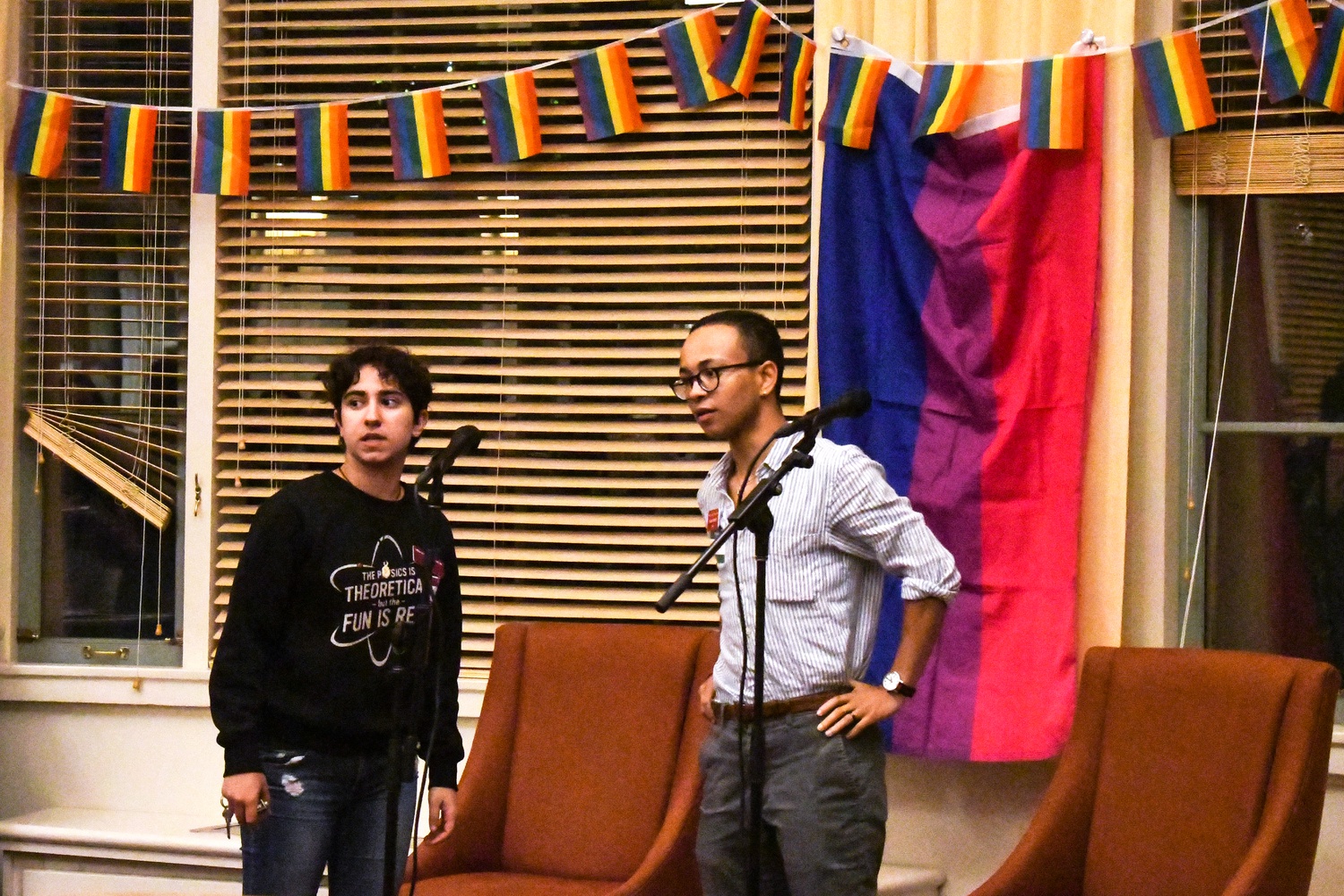 OUTspoken, organized by the Office of BGLTQ Student Life and Speak Out Loud, featured spoken word and music performances in the Barker Center Cafe. By Naomi S. Castellon-Perez

Many students who attended the Eliot event also said they enjoyed the celebration.

“It’s really fantastic. Jimmy Biblarz — the tutor here who organized it — he is just such a great advocate for the community,” Eliot resident Juan M. Molina, Jr. ’22 said.

Despite the bright colors and proud celebrations, the National Coming Out Day events reminded some students there is still progress to be made to better support BGLTQ students at the College. Alyx J. Britton ’21, who attended “OUTspoken,” said they hope to see more initiatives that help transgender students in particular.

“I think the University lacks some really fundamental resources for queer students — in particular for trans students — such as gender-neutral restrooms [and] making it easy to change your name and pronouns across all levels of documentation in the University,” Britton said.

College spokesperson Rachael Dane wrote in an emailed statement that Harvard has already piloted programs for students to choose their “first name, pronouns, and gender marker” on my.harvard — the website that hosts Harvard’s course registration and course offerings. Dane added that a form from the Faculty of Arts and Sciences Registrar’s website allows students to further change their “primary” or “official” name.

“If a student ever encounters difficulty or needs particular assistance with identity, the Registrar warmly and confidentially welcomes everyone,” Dane wrote.

“I think it’s something that Harvard needs to continually work on,” Felkers said. “However, the strides like this are very important and very beneficial.”