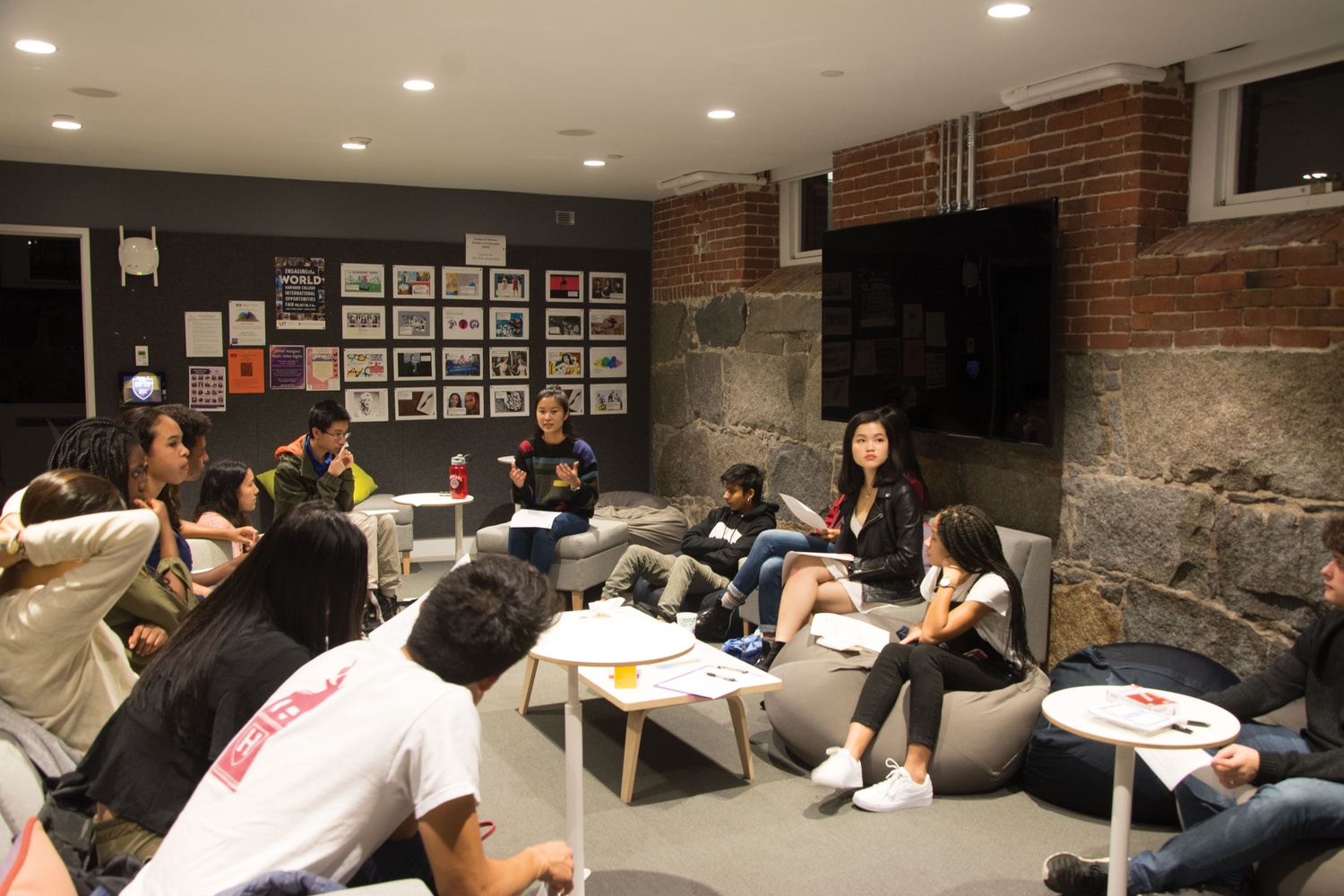 Diversity Peer Educators — students who work for the Office of Diversity Education and Support — discussed whether social media should be part of Harvard’s holistic review of applicants at an event Monday evening.

The conversation functioned as an opportunity for students to reflect on their own use of social media, how they handled it during the application process, and debate what behavior merits having an offer of admission rescinded.

“We knew that a lot of students — especially students of color and students from marginalized backgrounds — had a lot of thoughts about the Kyle Kashuv rescindment case,” said Sydney A. Lewis ’22, one of the DPEs facilitating the discussion.

Over the summer, the College rescinded an offer of admission to conservative gun rights activist and Marjory Stoneman Douglas High School shooting survivor Kyle Kashuv after former classmates posted screenshots of his use of racist and anti-semetic slurs in private messages.

“We always aim to hold space for topics that are relevant, that have a pulse on campus and that people are talking about,” Lewis said. “That’s what our office is for — it’s to be responsive to student needs.”

Kaya R. Bos ’20, the other student-facilitator, said that students picked the topic from a list of 30 potential themes.

“This was something we all wanted to talk about,” Bos said.

At the event, students discussed how applicant’s rights to privacy and freedom of speech differ from those of students who have matriculated at the College, and how such rights apply to private communications, like texts, as opposed to posts on social media.

They also reflected on how each of them had agreed to “abide by Harvard College’s conditions for acceptance” when they accepted their offers of admission.

Specifically, the College “reserves the right to withdraw an offer of admission,” including when applicants have “engaged in behavior that brings into questio your honesty, maturity, or moral character.”

“There was a pretty healthy balance of agreement and disagreement,” Lewis said. “I think that a lot of ideas did receive support, and people were able to share their feelings and get some affirmative responses and other responses that challenged their ways of thinking.”

Event organizers passed out a fact sheet listing “several cases” in which “Harvard has rescinded applications,” though the College has not confirmed any of these cases. It is against College policy to comment on the status of individual applicants, according to College spokesperson Rachael Dane.

“It was way larger than our normal dialogues, and it was really great to see a lot of first years come out,” Lewis said. “You could just tell that it’s a topic that a lot of first years are thinking about, because they just got accepted and it’s on their minds, and Kyle wouldn’t have been in their class, but he’d be in the same cohort.”

The discussion was the first of four Diversity Dialogues to be held by DPEs in fall 2019. The next will focus on the issues of environmental justice and divestment.