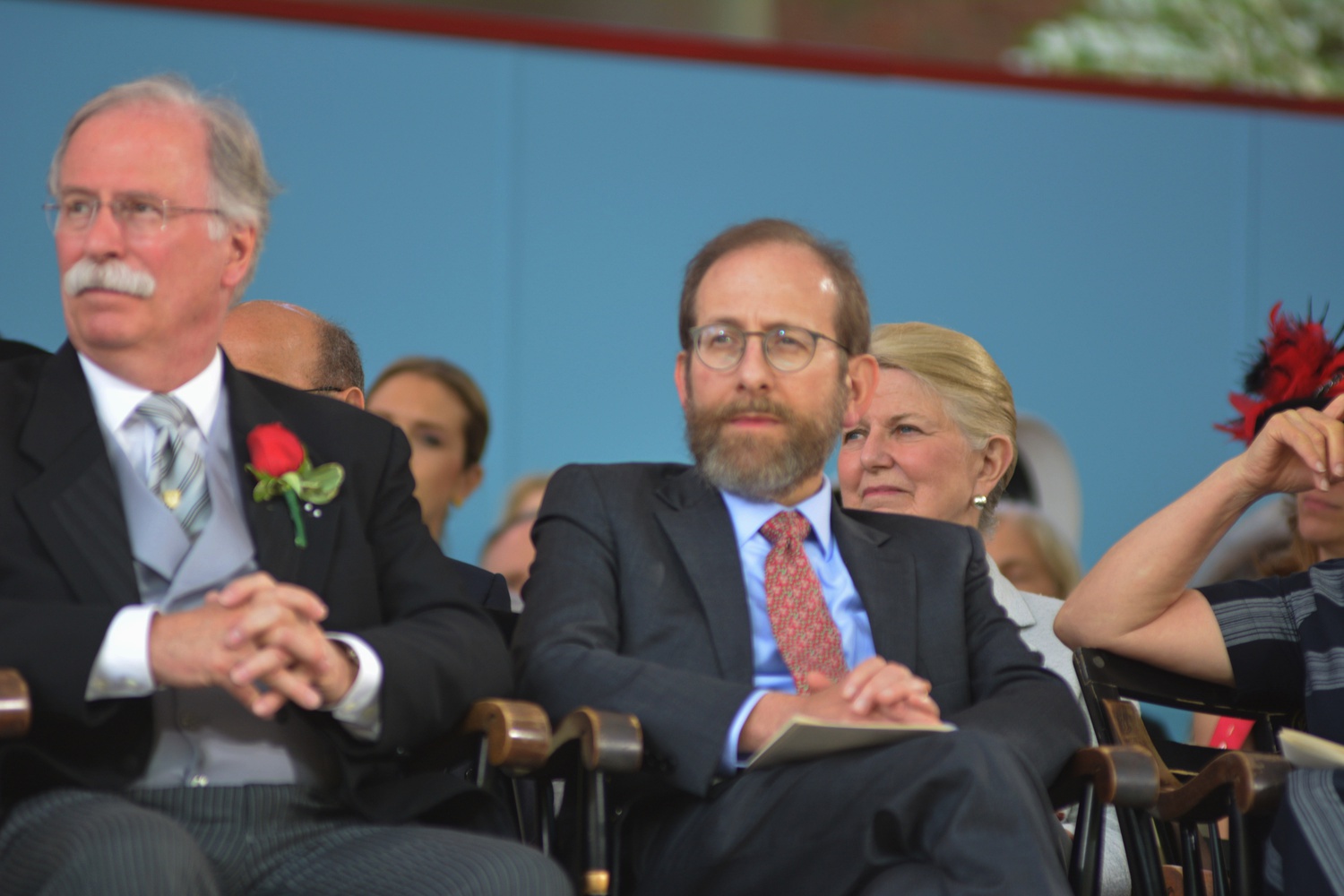 As Harvard continues to face scrutiny for accepting donations from controversial figures, University Provost Alan M. Garber ’76 said in an interview Thursday that Harvard must take a “principled approach” to deciding when to return gifts.

Garber said Thursday there “may well” be occasions when a gift should be returned, and administrators should be conscious of changing attitudes nationwide regarding certain donations.

“As you very well know, we have a Gift Policy Committee — the University-wide Gift Policy Committee — that is charged with interpreting existing policies to questions such as this,” Garber said. “And let me say that for leaders, probably every nonprofit institution, a major challenge is that norms are changing nationwide, expectations are changing.”

Garber chairs the Gift Policy Committee, which is made up of faculty members and administrators who review donations. University spokesperson Jonathan L. Swain declined to provide The Crimson with a copy of the gift policy and refused to disclose members of the Committee in May. He again declined to provide information about the committee for this story.

Swain wrote in a May statement that Harvard accepts donations in “good faith” that will have a positive impact on research, scholarship, and student experiences at the University. Harvard’s policies dictate that donors cannot try to influence the University’s activities through their gifts, according to Swain.

Over the past year, Harvard has come under fire for its financial ties to billionaire donor and convicted sex offender Jeffrey E. Epstein, philanthropist and drug marketer Arthur M. Sackler, and the Saudi Arabian government. These donations have spurred multiple protests and in the case of Epstein, a review led by the Office of the General Counsel.

Epstein, who has long-standing ties to Harvard, died in a suicide in August after facing multiple allegations that he sexually abused underage girls. The Miami Herald reported in November 2018 that Epstein operated a sex ring out of his Palm Beach, Fla. home and identified roughly 80 women who allege Epstein molested or sexually abused them before 2006.

Harvard has also faced criticism for its connection to the Sackler Family, which activists argue has ties to OxyContin manufacturer Purdue Pharma and has played a role in the opioid epidemic. Activists have urged Harvard to remove Arthur M. Sackler’s name from the Harvard Art Museums.

Since 2018, activists have organized protests and politicians like United States Senator Elizabeth Warren (D-Mass.) have called on Harvard to remove Sackler’s name from campus. Other museums across the world — including the Louvre and the Metropolitan Museum of Art — have already cut ties with the family and, in some cases, renamed art galleries that previously bore the Sackler name.

As Provost, Garber oversees the Harvard Art Museums, and he reiterated Bacow’s view that Harvard should not remove Sackler’s name from campus because Sackler had been dead several years before Purdue Pharma first manufactured OxyContin.

“From a legal perspective, as I understand it, it's questionable whether we could remove his name,” Garber said. “But from an ethical perspective, I am troubled by the notion that because somebody shares a family name, or its relative, that they are treated as though they are guilty for the transgressions of other people.”

Garber said though the public perception of non-profit institutions accepting gifts is evolving, Harvard must continue to be cautious in making decisions on whether to reject or return donations.

“We recognize that we need to have the ability to respond to changing public views of such gifts,” Garber said. “But although we must be flexible, we also have to be, we absolutely need to be principled in our approach to these issues.”