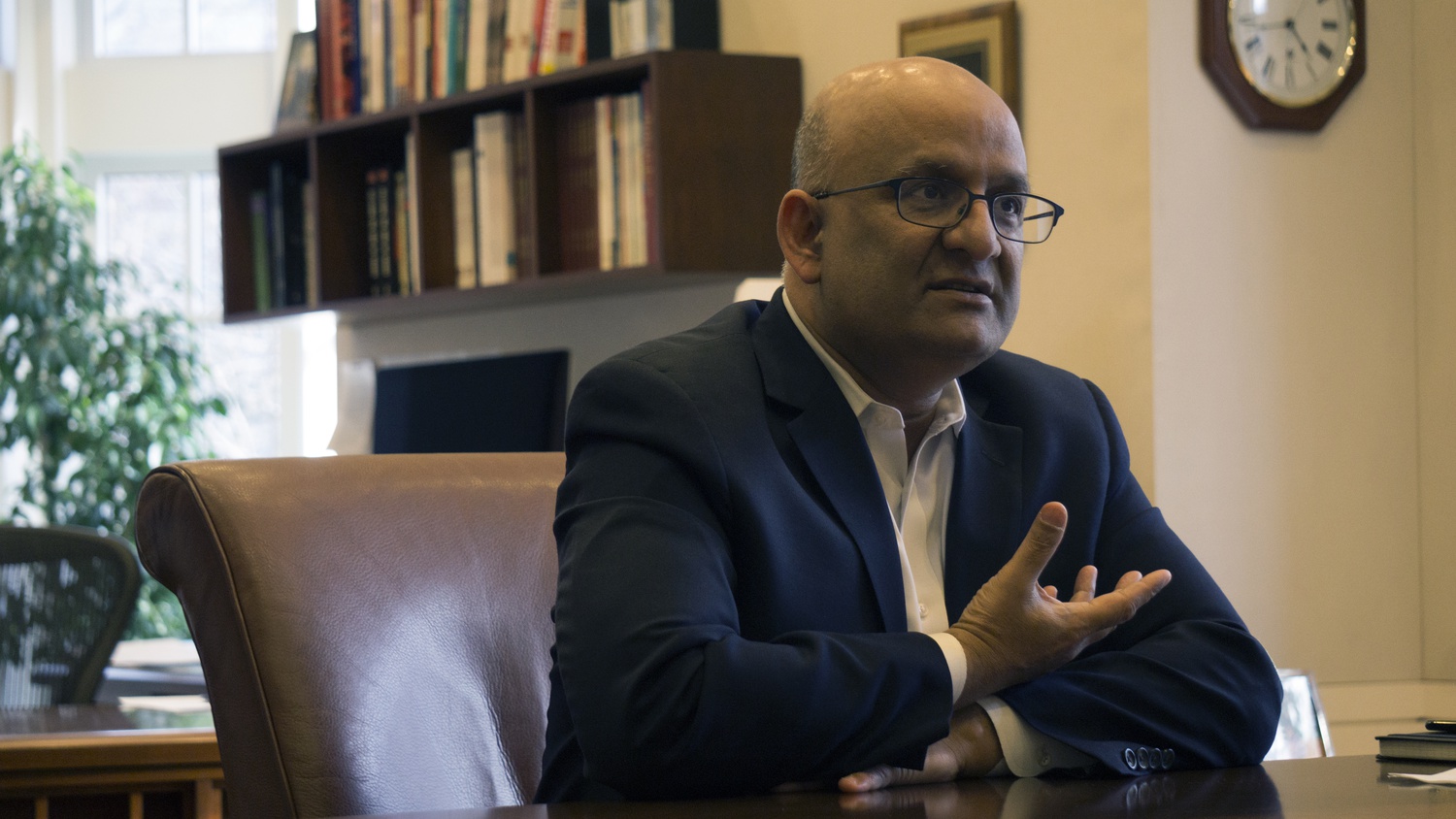 Harvard Business School Dean Nitin Nohria announced Wednesday he will step down at the end of the academic year. By Sharleen Y. Loh
By Ellen M. Burstein, Crimson Staff Writer

Harvard Business School Dean Nitin Nohria announced that he would step down from his post at the end of the academic year in an email to Business School affiliates Wednesday.

“Ten years gave us a good run to make progress on our Five I priorities,” Nohria wrote, referencing the school’s strategic plan of innovation, intellectual ambition, internalization, inclusion, and integration.

“A decade for HBS’s tenth dean seems an appropriate duration for this chapter in the School’s history,” he added.

Nohria will officially step down on June 30, 2020, 10 years after he became the dean of the Business School in 2010. He wrote that he plans to go on sabbatical for a year after he withdraws from his post.

Prior to becoming dean, Nohria spent 22 years as a Business School professor. He held a wide range of faculty appointments at the school, including serving as the co-chair of the school’s Leadership Initiative.

Nohria was also widely considered a front-runner of the University’s presidential search in 2018. He ultimately lost the position to current University President Lawrence S. Bacow.

Over the course of his tenure, Nohria worked to advance women’s equity at the Business School after a 2013 New York Times investigation found that female students faced sexism in social gatherings and were less likely to participate in class discussions.

In 2014, Nohria announced a pledge to double the number of female protagonists in business school case studies by 2019. Before his announcement, only 9 to 10 percent of protagonists — the primary decision-makers in the case studies evaluated by Business School students — were women.

The Business School also revised its grading policies, installing notetakers into every class to record students’ participation in order to ensure that female students received equivalent credit during class discussions.

Bacow also thanked Nohria for his leadership at the Business School in an email Wednesday.

“He has led HBS with vision and wisdom, a canny sense of organizational dynamics, a humane concern for others, and a relish for innovation. He has affirmed HBS’s longstanding commitment to educating leaders who will make a difference in the world, while pursuing that mission in imaginative new ways,” Bacow wrote.

Bacow added that he and University Provost Alan M. Garber ’76 will soon launch a search for Nohria’s successor.