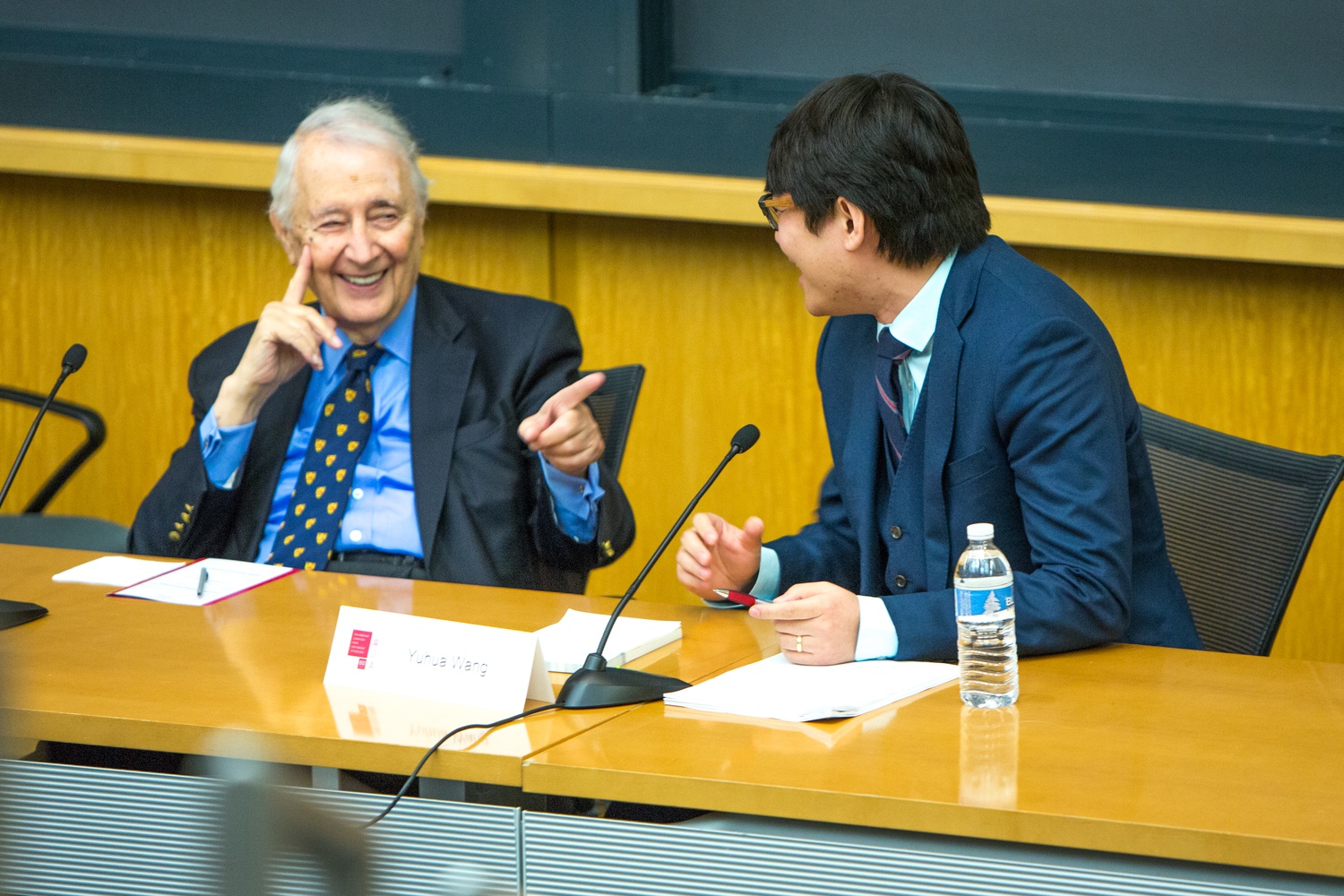 Roderick “Rod” L. MacFarquhar, a professor of history and political science renowned for his close study of Chinese communism, died of heart failure on Feb. 10 at the age of 88.

A professor at Harvard since 1984, MacFarquhar was one of the leading scholars on the Chinese Cultural Revolution, Chairman Mao Zedong’s decade-long attempt to violently purge China of lingering anti-communist forces from 1966 to 1976.

MacFarquhar served as director of the Fairbank Center for China Studies from 1986-1992 and 2005-2006, during which time he was celebrated as a great fundraiser for the center and a supporter of its library, which he helped transform into a leading resource for China Studies scholars around the world. Between his directorships, from 1998-2004, he chaired Harvard’s Government Department.

Michael A. Szonyi, a history professor and director of the Fairbank Center, said MacFarquhar’s study of the Cultural Revolution was of “enormous importance” because “only limited research could be done [on the subject] from within China.”

MacFarquhar’s path into academia was untraditional: he received a master’s degree from Harvard’s Far Eastern Regional Studies Department in 1955, founded the China Quarterly — a leading scholarly journal in the field — in Britain in 1960, worked as a journalist, and then entered British politics, where he served as a member of Parliament for five years during the 1970s.

“He approached the study of politics not as a theoretician, but as a former journalist and as a former practitioner of politics,” his son, Rory A. MacFarquhar said.

This sensitivity to China’s political atmosphere shaped MacFarquhar’s work in other ways as well. According to Szonyi, MacFarquhar helped Chinese scholars continue their studies at Harvard after the 1989 Tiananmen Square protests.

“Rod said it was incumbent on the community of China scholars to provide support for intellectuals, for students, and professors, who were being persecuted. He made a home for many of them at Harvard,” Szonyi said.

One such figure was Wang Dan, a protest leader who spent seven years in prison in China during 1990s. After Wang was medically paroled, MacFarquhar helped facilitate his acceptance into the History Department as a one-year special student. With MacFarquhar’s support, Wang continued to study at Harvard, ultimately earning a master’s degree and a Ph.D.

“After knowing Professor MacFarquhar for now more than two decades, I have come to very much appreciate his determined adherence to basic human values and his steadfast opposition to despotism,” Wang wrote in an email. “He was a true public intellectual role model.”

MacFarquhar left a legacy in the classroom as well, where his undergraduate course on the Cultural Revolution attracted as many as 600 to 700 students per semester.

“Rod, very famously, would go up to the lectern and lecture for an hour without any notes, just holding the class spellbound,” said Steven M. Goldstein, a professor emeritus of government at Smith College and a long-time friend of MacFarquhar. “He was trying to get people to understand the Cultural Revolution, but also understand how a society can go mad.”

According to Michael G. Forsythe, a former teaching fellow for the course, MacFarquhar would accomplish that goal by dressing his teaching fellows as Red Guards and having them carry copies of the “Little Red Book,” a collection of writings by Mao that was widely distributed during the Cultural Revolution. He would have the class on its feet, shouting phrases like “10,000 years for Mao!” in Chinese.

“It gave the students taking the course a real visceral feeling for the fervor of being in China, in the Cultural Revolution, and being in a rally,” Forsythe said. Forsythe, whose master’s thesis MacFarquhar advised, went on to be a New York Times correspondent in Hong Kong.

These immersive educational methods were characteristic of MacFarquhar’s style, according to Szonyi.

“He was a model for how to be a scholar, how to deal with the challenges of working on a society which is very different, which you respect, but which you also have some fundamental disagreements with,” Szonyi said. He did so “with honesty, with courtesy, and with tremendous wit. He was always able to find humor in something.”

“The thing about Rod is that he was totally unpretentious,” Goldstein added. “There was nobody who was too unimportant that he wouldn’t take time to see.”

Forsythe echoed those sentiments. “He was so charming, so thoughtful and considerate,” he said. At dinners, MacFarquhar would often raise a glass to his students and colleagues and give them “the most eloquent, heartfelt toasts.”

“Those small gestures,” Forsythe said, “are the things that stick with you for the rest of your life.”