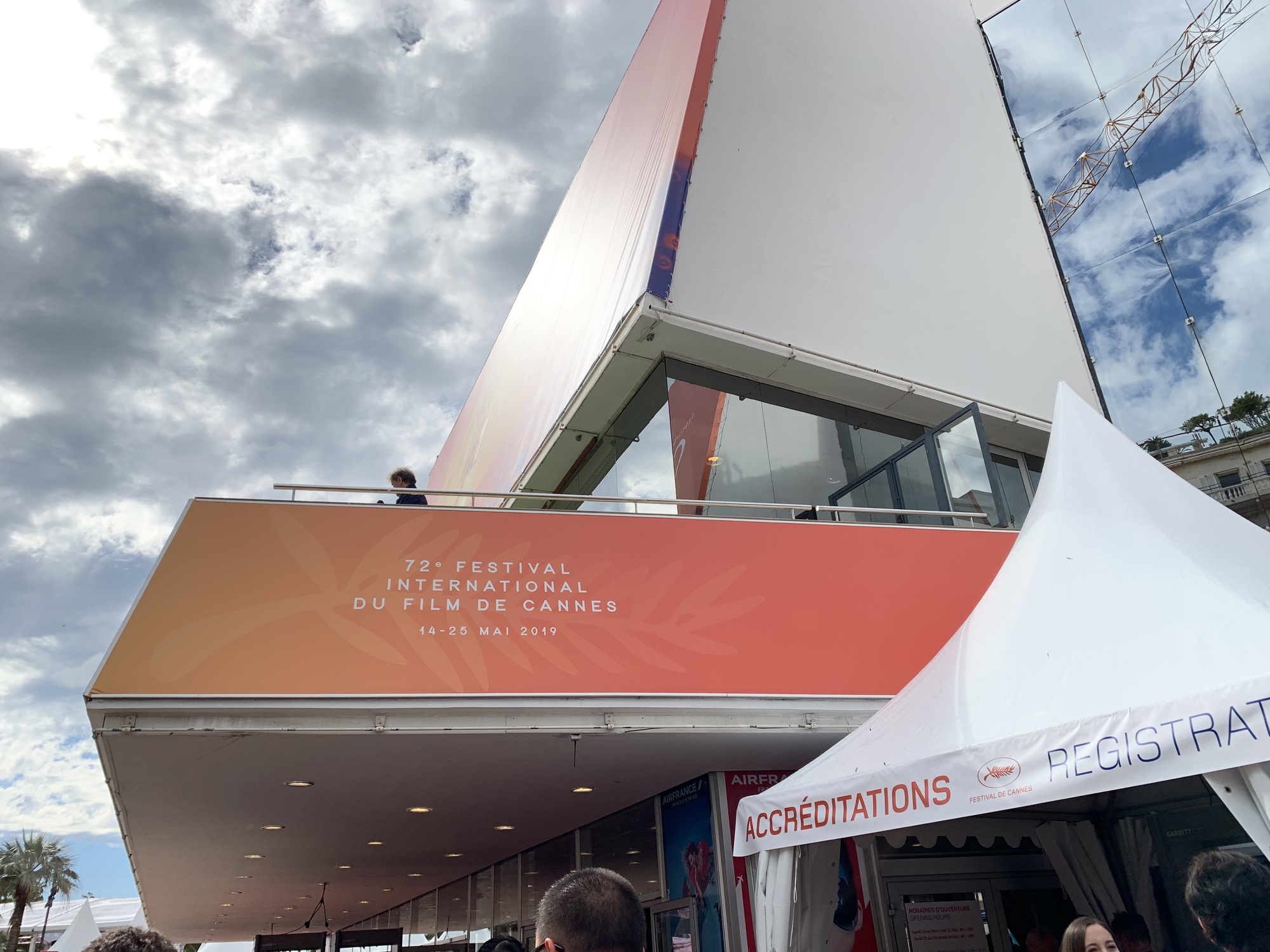 Outside Salle Debussy, one of the theaters where films are screened at Cannes.
By Lucy Wang, Crimson Staff Writer

Knowing that we’d be exhausted from the journey over and the activities of the previous day, Kaylee and I set our first screening for 11 a.m. We started the morning with Jim Jarmusch’s “The Dead Don’t Die,” which, despite its comedic elements, was still pretty gruesome. I don’t want to see the close-ups of bloody human intestines being chewed out of someone’s gut by a zombie — yuck. Good thing we didn’t have large breakfasts. 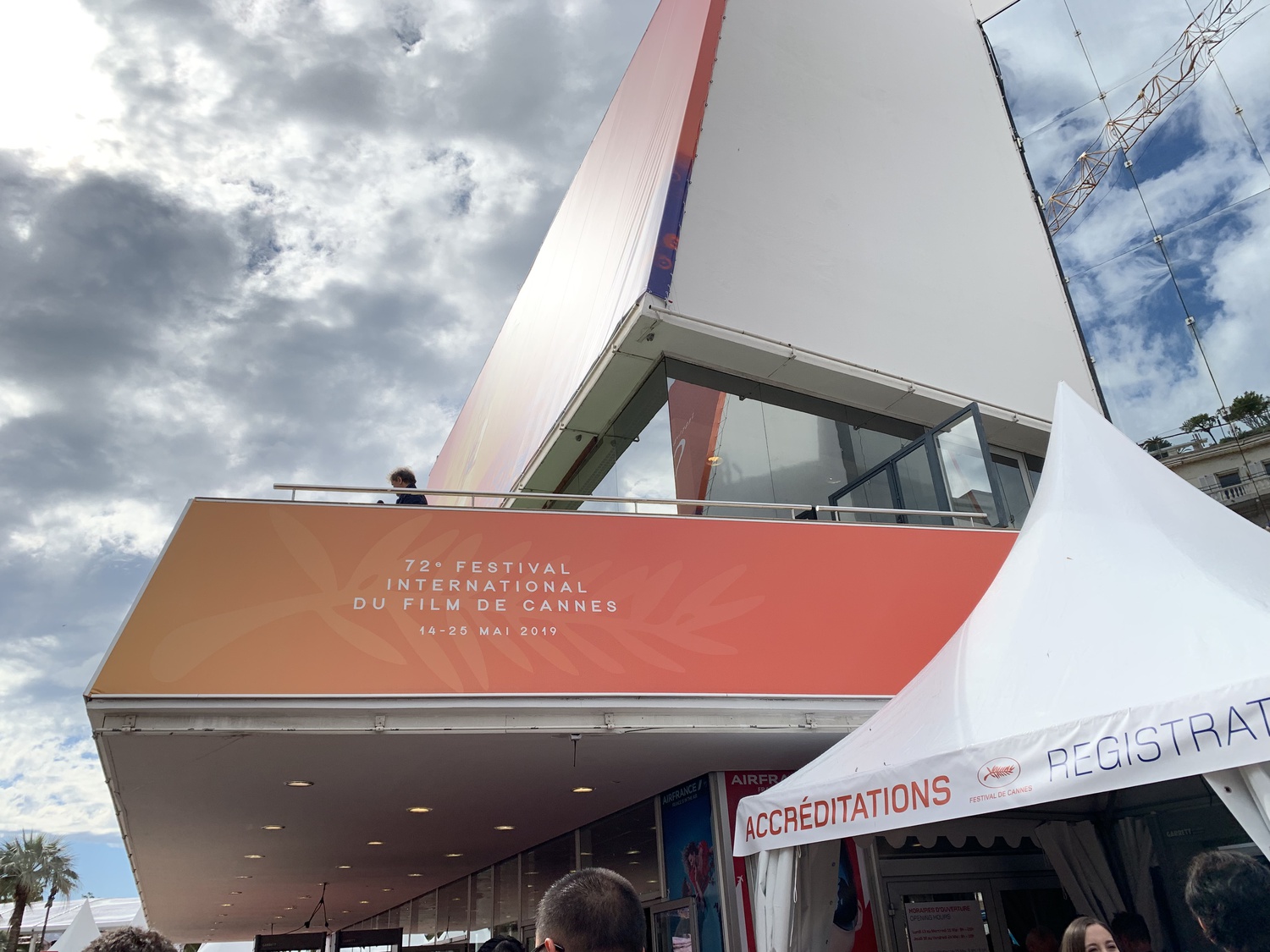 Outside Salle Debussy, one of the theaters where films are screened at Cannes. By Lucy Wang

After “The Dead Don’t Die,” we headed to the closest kiosk on the Croisette boardwalk for the first of what will surely be many kiosk sandwich lunches. I took my sandwich with me and walked back to the Palais to line up for my next screening, “Bull,” which was premiering in the Un Certain Regard category. Despite being neither in competition nor the first screening of the film, the theater still filled up. While in line, I saw two girls riding on a cutesy bike with a basket full of issues of “Hollywood Reporter.” I flagged them down and flipped through one, stopping to indulge in the red carpet photos of last night’s premiere with the star-studded cast in “The Dead Don’t Die.” Not the biggest fan of Selena’s dress though, to be honest. She looks stunning otherwise, but, like, what is going on with that belt?

Since my luggage is “still tracking,” I headed out to do some shopping for the necessities. Walking down La Croisette, I can’t help but let my eyes wander over Louis Vuitton’s storefront display, drooling over the beautiful evening gowns. Move on, Lucy — the airline is definitely not going to reimburse you for THAT in damage costs. As dusk settles down on the city and evening premiere-hour rolls around, the people walking on La Croisette almost blend in with the storefront displays they pass, perfect figures in glimmering attire.

At dinner, hopelessly using Google Translate to figure out the names of the menu items, I lament my decision to not take French in high school. I can only hope that my “merci”s are getting better.