US Patent Office Will Intervene in CRISPR Dispute Between UC Berkeley and Harvard, MIT 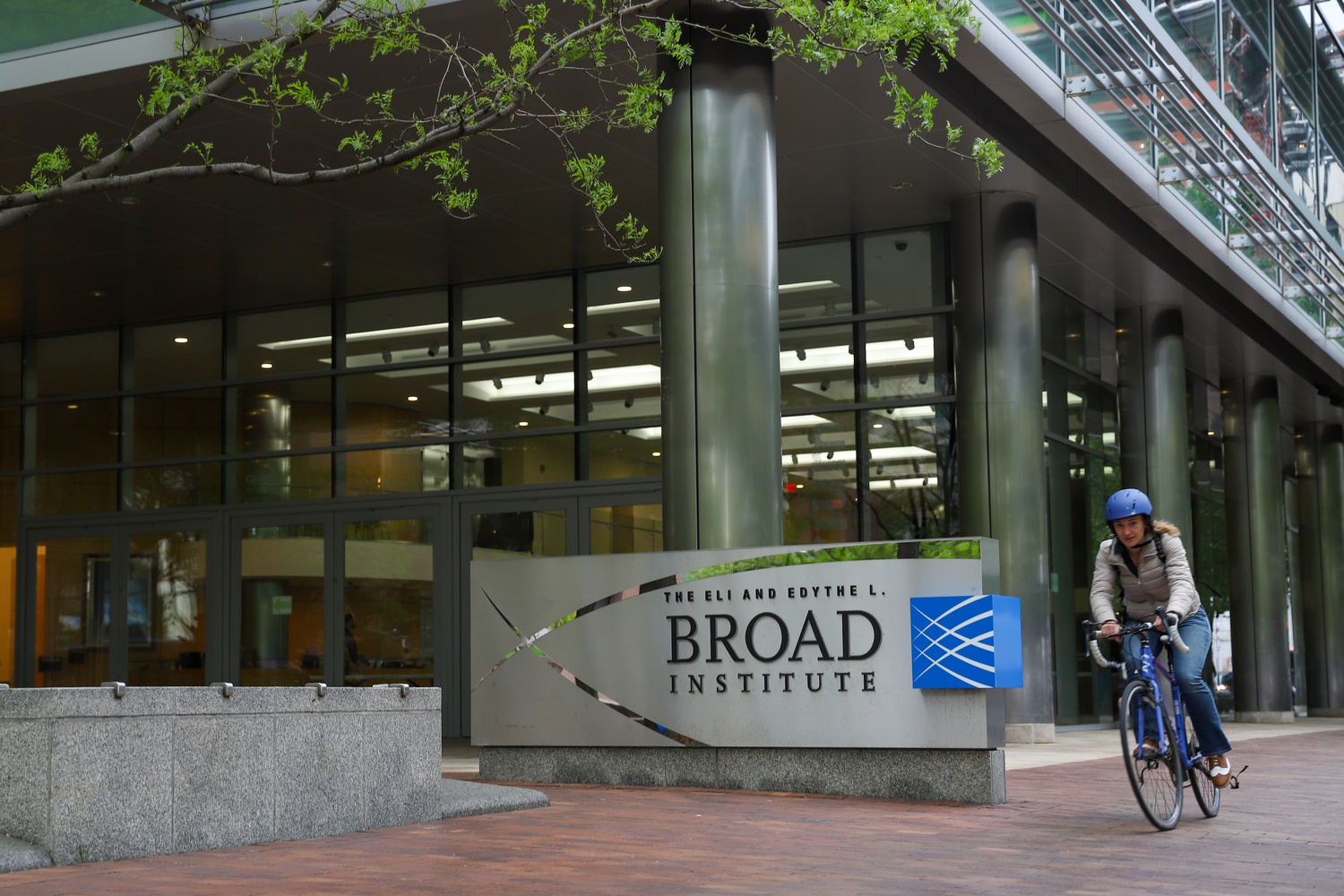 Located near Central Square, the Broad Institute is a center for biomedical and genomics research. By Ryan N. Gajarawala
By Juliet E. Isselbacher, Crimson Staff Writer

The United States Patent and Trademark Office announced Monday that it would intervene in the long-standing legal contest between the Broad Institute and University of California, Berkeley over patent rights to CRISPR-Cas9 in eukaryotic cells.

CRISPR is a gene-editing technology that scientists say has revolutionary potential applications in the biomedical sphere, including helping to cure genetic diseases such as Huntington’s disease, sickle cell anemia, and cystic fibrosis. Most of CRISPR’s potential industrial and commercial applications concern its use in higher order, eukaryotic cells.

Eldora L. Ellison — the lead patent strategist on CRISPR matters for UC Berkeley — wrote in an emailed statement released Wednesday that the interference from USPTO “lays out a pathway” for resolving the dispute and will recognize that the team from UC Berkeley holds the “priority of invention.”

The interference comes after a years-long series of legal battles between the two institutions. The dispute originated in 2011 and 2012, when Jennifer A. Doudna of UC Berkeley and Emmanuelle M. Charpentier of Umeå University in Sweden were researching CRISPR-Cas9. Simultaneously, Feng Zhang ’04 of the Broad Institute was working on the same problem, albeit separately.

Though Doudna published her findings and applied for a patent before Zhang did, her work focused on CRISPR-Cas 9 in test tubes whereas Zhang’s research focused on its usage in human and mouse cells. The USPTO awarded the Broad Institute rights to use CRISPR-Cas9 for eukaryotic cell-editing methods in 2014.

UC Berkeley appealed the February 2017 decision in April of that year to the U.S. Court of Appeals for the Federal Circuit, filing six patent applications with the USPTO while awaiting a decision.

Nine days after its appeal to the federal circuit was denied on September 10, 2018, UC Berkeley filed four new patent applications with the USPTO. These applications, which claim rights to the use of CRISPR in eukaryotic cells, prompted the patent office on Monday to declare interference and prescribe another round of litigation.

“We are confident that the USPTO will ultimately recognize that the Doudna and Charpentier team hold the priority of invention specific to eukaryotic cells, as well as other settings covered by previous patents,” Ellison wrote Wednesday.

The Broad Institute stated in its Tuesday press release that the “best thing, for the entire field, is for the parties to reach a resolution.”

“It is time for all institutions to move beyond litigation and instead work together to ensure wide, open access to this transformative technology,” the Broad Institute wrote.

Edward Penhoet, special advisor to the UC Berkeley chancellor and special assistant to the president of the University of California, wrote in an emailed statement released Wednesday that UC Berkeley and “other public universities” are invaluable contributors to innovation across industries.

“We are committed to protecting the intellectual property of the groundbreaking inventions of UC faculty, like the CRISPR-Cas9 breakthrough,” Penhoet wrote.

Both the Broad Institute and UC Berkeley have licensed CRISPR-related patents to for-profit companies. After the patent office’s 2017 decision, Editas — the Broad Institute’s commercial surrogate and primary licensee of CRISPR — went up in value from $765 million to $1 billion, according to Forbes. A patent for CRISPR-Cas9 is valued at approximately $265 million.

George M. Church, a professor of Genetics at Harvard Medical School and a senior associate member of the Broad Institute, said Wednesday that the overall stakes of the dispute “aren’t that high.” Church, who also contributed to the development of CRISPR, is listed as a founding scientific advisor on Editas’ website.

Referring to the $265 million figure, Church said, “That’s actually quite modest, considering it’s a category, and not a particular drug.”

“This field is very rapidly changing,” Church said. “If you think about the entire genetic landscape, this is a fairly esoteric thing that's getting a little more attention than you would normally expect.”

Editas spokesperson Cristi Barnett wrote in an emailed statement Wednesday that the company remains “confident in the overall strength of our worldwide intellectual property portfolio.”

An initial conference call to discuss the interference is scheduled for August 5, according to the USPTO document.